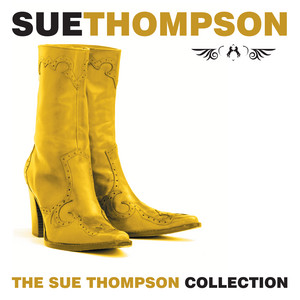 Sue Thompson (born Eva Sue McKee July 19, 1925, Nevada, Missouri) is an American pop and country music singer. She is best known for the million selling hits "Sad Movies (Make Me Cry)" and "Norman", both pop hits for her in the 1960s. At the age of seven, she was already singing and playing the guitar on stage.[1] When she and her family moved out west to San Jose, she appeared on the Hometown Hayride TV program. During World War II, she worked at a defense plant. She married when she was 17, a...

Sue Thompson (born Eva Sue McKee July 19, 1925, Nevada, Missouri) is an American pop and country music singer. She is best known for the million selling hits "Sad Movies (Make Me Cry)" and "Norman", both pop hits for her in the 1960s.

At the age of seven, she was already singing and playing the guitar on stage.[1] When she and her family moved out west to San Jose, she appeared on the Hometown Hayride TV program. During World War II, she worked at a defense plant. She married when she was 17, and had a daughter at 20, but the marriage failed and she and her husband split up after three years. To keep supporting herself after her divorce, she returned to the nightclub scene in California. In San Jose, she won a talent contest, thus catching the attention of bandleader and radio/TV host Dude Martin. Martin invited Thompson to sing with his band, and this eventually led to their marriage. They recorded some duets together, including "If You Want Some Lovin'", which helped her get her own solo contract from Mercury Records in 1950.

Within only a year, she had divorced Martin to marry Hank Penny, a comedian and singer. Penny and Thompson hosted a TV show in Los Angeles together before eventually moving to Las Vegas. Thompson recorded separately and also with her husband for Decca Records. However, none of their songs ever gained any real success. In 1960, Thompson signed on with Hickory Records. In 1961, "Sad Movies (Make Me Cry)" became a #5 hit on the pop charts, and she followed this up successfully with "Norman", which reached #3. Both of these hit singles were written by songwriter John D. Loudermilk. They both sold over one million copies, and were awarded with gold discs.[2]

In 1962, "Have a Good Time" was a Top 40 hit and in 1963, "Willie Can" was a minor hit. With her lighthearted and breathy voice, Thompson became a favorite among the teenage crowd of the time, even though she was in her late thirties. Two further hits, also written by Loudermilk, were "James (Hold the Ladder Steady)" and "Paper Tiger".

The sleeve notes accompanying this album, released in 1965 by Hickory Records, written by Joe Lucas, give a little more detail of Thompson's early life and recording career as follows: 'Looking at lovely Sue Thompson today, it's hard to visualise her as a child—a freckle-faced tomboy, more at home on a horse than playing with dolls and doing the little things small girls are credited with doing. Yet this is the picture of Sue Thompson during her childhood in Nevada, Missouri. Sue, an only child, startled her family when she showed a flair for singing and show business. No one in her family was remotely connected with this type of business in any way. Sue was given a guitar for her seventh birthday, and with the aid of a cousin, soon began to learn a few chords. This was it! From that time on Sue and the guitar became one. She entertained every chance she had at school, church and social functions. Sue's mother became ill, so the family moved to Sheridan, California, where Sue entered high school and once again began to entertain at every opportunity. She went to San Jose, California for her last two years of school and it was here that her first real break came. She entered a contest at San Jose theater—won—and was awarded a two week engagement on the stage and a movie part.'

Joe Lucas's notes continued 'After school Sue worked at other jobs, but kept busy with radio, TV and personal appearances. She decided to devote her full time to entertainment and has played successfully at the Golden Nugget and Show Boat Hotels in Las Vegas, Nevada and the Riverside and Golden Nugget Hotels in Reno, Nevada and many, many others. Statistics wise, Sue stands five feet one inch, weighs 106 pounds and has red-blonde hair. Early in 1961, she signed an exclusive recording contract with Hickory Records, Inc. in Nashville, Tennessee. Her first release "Angel, Angel" did very well, but it was her second release "Sad Movies (Make Me Cry)" that spiraled into the top five best sellers in America and established her as a top rank recording artiste. If a clincher was needed, it was achieved when her third record came out called "Norman" which even surpassed "Sad Movies". Summing it all up, Sue Thompson is a great person with a wonderful future in view.'

"Paper Tiger" in 1965 was her last Top 30 hit. In the late 1960s, she went back to country music and released the album This Is Sue Thompson Country in 1969. In 1971 she worked with country music singer Don Gibson on some albums, and they had minor hits with "I Think They Call It Love", "Good Old Fashioned Country Love" and "Oh, How Love Changes". She recorded further solo singles for the country charts, like "Big Mable Murphy", which made the Top 50 in 1975 and "Never Naughty Rosie", her last chart single in 1976. She also performed mainly at the Las Vegas casinos and at clubs in Hollywood, like the Palomino Club. In the 1990s she settled in Las Vegas, and continues to perform from time to time. Read more on Last.fm. User-contributed text is available under the Creative Commons By-SA License; additional terms may apply. 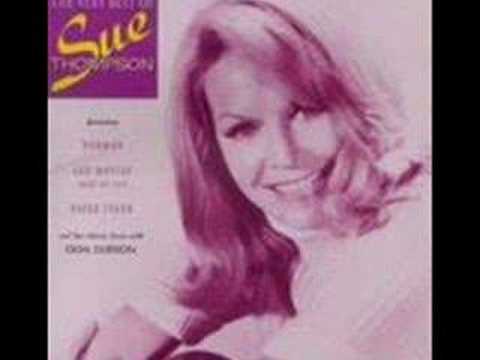 Have A Good Time 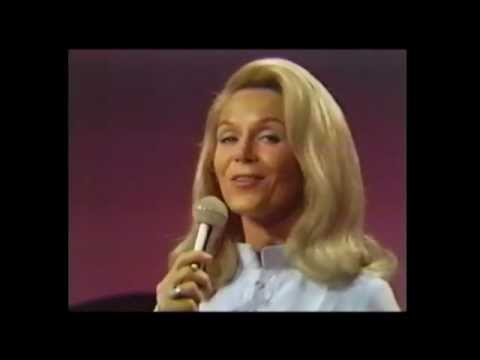