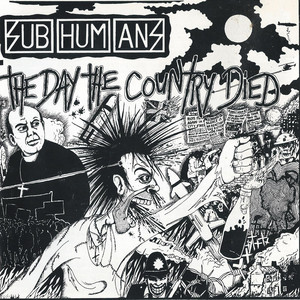 There are two equally long-lived punk bands with the name Subhumans, one from the UK and one from Canada (The Subhumans): 1) Subhumans (UK): An anarcho-punk band formed in Trowbridge, Wiltshire, UK in 1979 by Dick Lucas, who had formerly been in local bands including The Mental and Stupid Humans. The band released a demo in 1981 which was heard by members of the band Flux of Pink Indians after being sent to them by Graham Burnett of New Crimes fanzine, who were so impressed that they offered...

There are two equally long-lived punk bands with the name Subhumans, one from the UK and one from Canada (The Subhumans):

An anarcho-punk band formed in Trowbridge, Wiltshire, UK in 1979 by Dick Lucas, who had formerly been in local bands including The Mental and Stupid Humans.

The band released a demo in 1981 which was heard by members of the band Flux of Pink Indians after being sent to them by Graham Burnett of New Crimes fanzine, who were so impressed that they offered Subhumans a chance to put out a record on their newly-formed Spiderleg label. Shortly afterwards the Subhumans began to release material on their own Bluurg Records label.

After Subhumans split up, Lucas formed the bands Culture Shock and Citizen Fish. The Subhumans reform for live performances, including at least two major tours of North America in the 21st Century, (Live in a Dive is a product of the first) and they continue to command a strong following. Subhumans are known for their thought-provoking, anarchic lyrics.

In Vancouver, Canada’s long and glorious history of punk rock, few bands were more punk, or more rockin’ than the Subhumans. The Subhumans gigs were a riot, sometimes literally; years later, their records still seethe with raw power. The Subhumans were angry and hilarious, often simultaneously, the living embodiment of everything that was great about punk rock circa 1978-82.

The band formed in the spring of 1978. Their first show was at an “anti-Canada Day” celebration sponsored by anarchists, on July 1st. The band’s line-up consisted of Brian Goble (a.k.a. “Wimpy-Roy”) on vocals, Ken Montgomery (a.k.a. “Dimwit”) on drums, Gerry Hannah (a.k.a. “Gerry Useless”) on bass and Mike Graham on guitar. The mix of personalities and talents was perfect. Wimpy was a born front man, delivering unbelievably funny off-the top-of-his-head rambles while he hunched around the stage. His penchant for diving into the audience often left him bruised and battered and, at least once, completely nude. The rhythm section was lethal. Dimwit bashed his drums with sticks the size of baseball bats and locked in with Gerry’s bass to create a deafening rumble and crunch. Mike sprinkled gas on the fire with electrifying bursts of guitar.

The Subhumans and the handful of other punk bands that exploded into being in Vancouver as part of the world-wide punk movement built a local scene that was wild, raucous, and tempestuous. Venues came and went after gigs that left audiences exhilarated and club-owners and police appalled. The now-familiar punk ethos that held that anyone could be in a band, and that any band could change your life, was new and shocking.

The Subhumans quickly became one of the scene’s leading bands, plunging into DIY and small-label recording to get their music out. Like the other genuine punk bands of the time, they avoided the tired and self-centred subject matter of the stereotypical pop song. Always engaged with the ferment of the times, often political with a satiric edge, The Subhumans songs like “Fuck You” and “Slave to My Dick” became anthems for their audience. “Fuck You” was the ultimate give-the-finger-to-authority punk song, a musical buzz bomb with a chorus that summed up the attitude of disillusioned youth everywhere: “We don’t care, what you say, fuck you!” Gerry’s “Slave to My Dick” was a critical look at gender roles from the point of view of a suddenly self-aware male; a wicked satire of horny men and the lengths they will sometimes go to get laid: “I do a lot of talking but I don’t say much. I can’t be real ’cause I’m such, you know I’m such a slave, to my dick. It really makes me, sick!”

Everyone sang along to that chorus. Other crowd favourites included “Firing Squad”, a song about the hypocrisies and fanaticism unleashed by the Iranian revolution, “Inquisition Day”, which warns against the possible rise of state totalitarianism here or in any country, and “Death To The Sickoids”, a rampaging semi-serious call to arms against the mainstream press: “They’re hanging a noose around our necks, by gluing our minds to the front page.”

The first version of the band recorded an independent single, Death to the Sickoids / Oh Canaduh\, now fervently sought after by collectors, and contributed tracks to the landmark Vancouver Complication collaborative LP. After Jim Imagawa replaced Ken Montgomery on drums, the Subhumans put out a 12″ EP, The Subhumans, and another single, Firing Squad / No Productivity, on local Vancouver label, Quintessence Records.

The Subhumans and the other local bands were all plugging into a burgeoning underground network of punk scenes and venues across the continent, and several tours through western Canada and up and down the west coast started to establish them among the front-line bands of the time. The band recorded its debut album, Incorrect Thoughts, for another small Vancouver label, and hit the road for more touring through much of the U.S. and Canada. They ground out endless hours in a stuffy van to play with such bands as Black Flag, Husker Du, Minor Threat, Dead Kennedys, X, and Bad Brains. They did particularly well on the west coast, building up large followings in places such as Seattle and San Francisco.

In 1981, just back from a grueling tour across the continent which included a full-scale police riot in LA and other harrowing events, Gerry and Jim left the band. They were replaced by bassist Ron Allan and drummer Randy Bowman for more gigs and touring, working up to a second album, No Wishes, No Prayers, recorded for Black Flag’s SST Records. The new set of songs never got much exposure; just prior to its release, front man Brian Goble was lured away to become DOA’s bass player and the band played its last gig in the fall of 1982.

In 1983 Gerry Hannah was in the news, but not as a musician. Always involved in political issues, including environmentalism (one of his nicknames was “Nature Punk”), he linked up with a group of political activists called Direct Action, whose frustration led them toward armed struggle. Among other actions, the group blew up an environmentally-unfriendly hydro-electric substation on Vancouver Island and bombed the Litton plant near Toronto, which manufactured parts for the American cruise missile, a “first strike” nuclear weapon. Canadian authorities eventually arrested the group, known in the press as the Squamish Five, and Gerry was sentenced to ten years in jail. He was released after serving five years.

In 1995, Gerry and Brian reformed the dormant band for a western Canadian tour, with Jon Williams on guitar and David Macanulty on drums. Audiences were as enthusiastic as ever, with one gig at the Starfish Room in Vancouver drawing so many fans that three hundred people were turned away at the door. The following year the band released a “best of” CD, Pissed Off … With Good Reason, on the Essential Noise/Virgin label. The disc included the band’s singles, their EP, and other popular songs, including many from their two previous albums.

In 2005, the band reformed with a different purpose; not just to play the old material, but to write and record again, bringing their music-making skills to bear on the modern age. This time, the line-up includes original members Brian Goble on vocals, Gerry Hannah on bass, and Mike Graham back on guitar, with punk veteran and powerhouse drummer Jon Card (formerly with SNFU/DOA) on drums. After recording a demo of new material, the band played a spate of shows in the Vancouver area and throughout Western Canada, including a performance as a featured main stage act at the Under the Volcano Arts and Activism Festival. The Subhumans recorded a full-length CD of new material in early 2006, entitled New Dark Age Parade. The CD is set to be released in September 2006 on Alternative Tentacles in the U.S. and G7 Welcoming Committee Records in Canada, with more extensive touring planned. Read more on Last.fm. User-contributed text is available under the Creative Commons By-SA License; additional terms may apply. 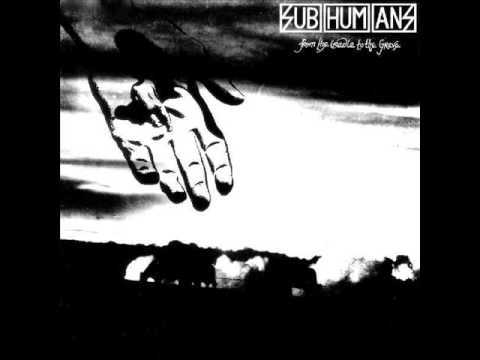 Us Fish Must Swim Together 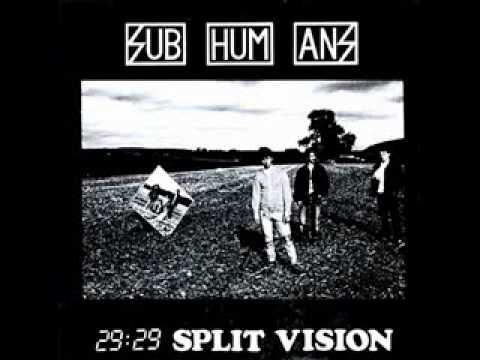 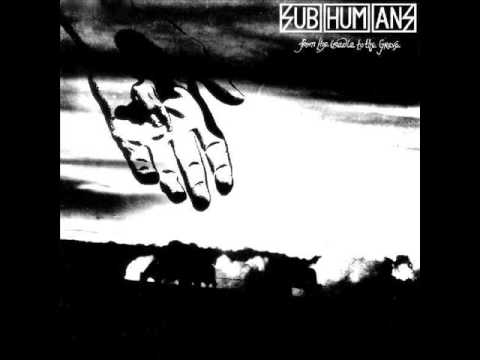 When the Bomb Drops 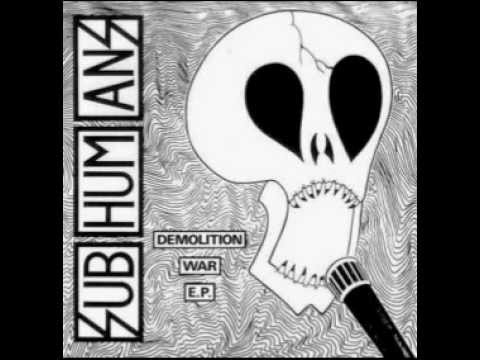 Who's Gonna Fight in the Third World War? 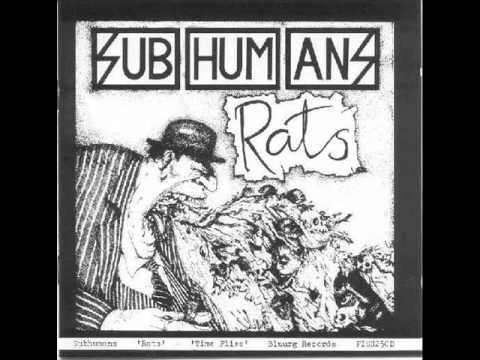 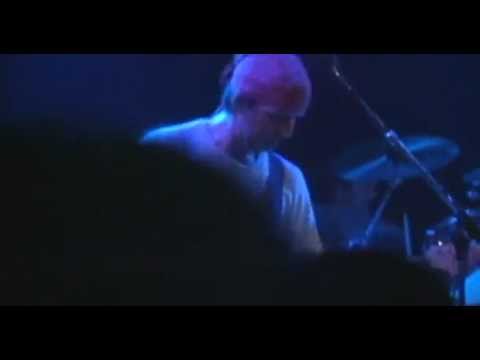 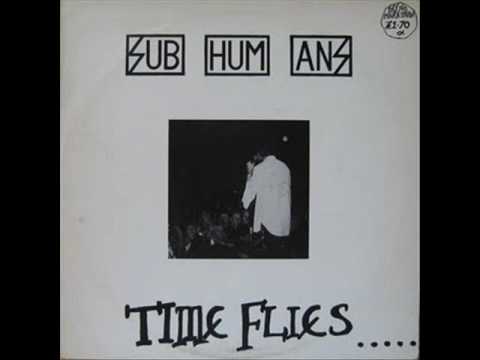 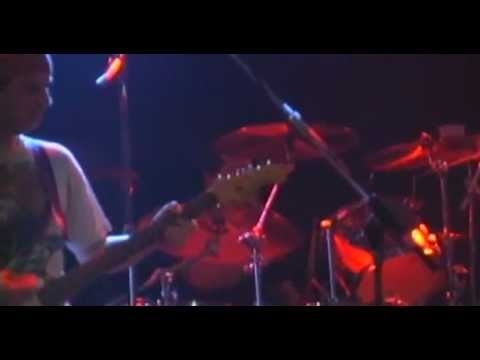 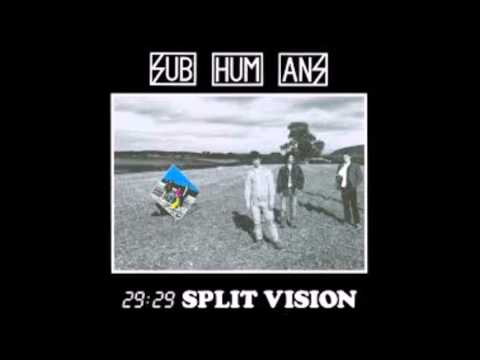