Subaudition was founded in spring 2003 as a sideproject to our prog metal/rock band Manifold Object, because after two years with MO the two of us wanted to create music which would be realised with totally different methods compared to our previous compositions. The project started as an acoustic one, but we ended up including some electric guitars and keyboards to some of the songs as well. We really took our time with the debut demo, Waves at Ease, as we were also taking our matriculation exa...

Subaudition was founded in spring 2003 as a sideproject to our prog metal/rock band Manifold Object, because after two years with MO the two of us wanted to create music which would be realised with totally different methods compared to our previous compositions. The project started as an acoustic one, but we ended up including some electric guitars and keyboards to some of the songs as well. We really took our time with the debut demo, Waves at Ease, as we were also taking our matriculation exams at the same time. After that we were just plain lazy to release the stuff and in July '03 we started to do our duties in the Finnish military.
In September Antti decided to leave Manifold Object mostly due to lack of time (army and forthcoming university studies) and he also felt that Manifold wasn't heading in the direction he'd have wanted. Finally, in October we activated ourselves to create a suitable artwork for our debut-release and in December it was unleashed to the still unexpecting crowd...

Reviews started to pour in OK and some Finnish 'zines gave us satisfactory grades. The German web 'zines, however, seemed to be nuts about us giving us great points and The Shadowshire magazine even chose Waves at ease as the demo of the month in April 2004!

Blasted away we were with the feedback filed in on Waves at ease. However, something was to be done to evolve this project further. Around April 2004 we were finally given the time and space to create new music. Some ideas had been arranged into songs earlier the same year, but the essence of our forthcoming release still laid hidden. In plain sight it was, because as we decided that we'd do a full-length album, we found ourselves writing quality songs faster than ever before. In three months or so we had the material ready for our debut album. Everything still had to be arranged more sensibly, but basically we were ready to
overtake the Pl.acid studios once again. The parts of our puzzle started to find their own places - in early August we had the first two songs ready.

Antti had made friends with a fellow named Sami Pöyry in the army and we had the craziest idea of shooting a music video off a Subaudition piece. During the recordings we started thinking it seriously and came up with the idea of filming the clip at Antti's family cabin with the beauty of Finland's nature embracing us. The script was scribbled by the director Pöyry himself with the ever-needed minimal assistance of the Subaudition duo. The video was edited soon after the shootings and the result was a captivating 6-minute collage of sound and vision.

The fact that we had a wonderful video in our hands did nothing to the fact that we were still in the studio trying to put the final touches to our songs. Some nice guest appearances were handled by friends and the vocals were finished as well. The studies of both of us delayed the process slightly, but in late October we had our first-born album ready. After Antti had created an agreeable artwork for the album, promotional copies were shipped to
labels we found interesting.

A little surprised we were when it turned out that all three labels were at some level interested in releasing the new album, but after some not-so-fierce negotiations we settled a deal with Auerbach Tonträger, which is a subdivision of the almighty Prophecy Productions.
Our debut full length saw the light of day, officially, on the 21st of April 2006. The official version has expanded artwork and professionally mastered audio.

Simultaneously the band is starting to create new material for the next album, tentatively aiming at recording their second full-length sometime in 2007. Rumours also started to circle about a Subaudition live-experience, and all we can say is that we do have a live line-up now. On the 11th of August 2006 Subaudition was proud to play their first gig supporting Danny Cavanagh from Anathema and an awesome British band Leafblade. Almost immediately after having played their first gig, the band had the honour to play at the 10th anniversary festival of Prophecy Productions. Two further gigs in Finland followed en suite. Make sure that you catch Subaudition playing live if they happen to come to your town...

Waves At Ease (Promo) (2004)
The Scope (2006)
Light on the Path (2009) Read more on Last.fm. User-contributed text is available under the Creative Commons By-SA License; additional terms may apply. 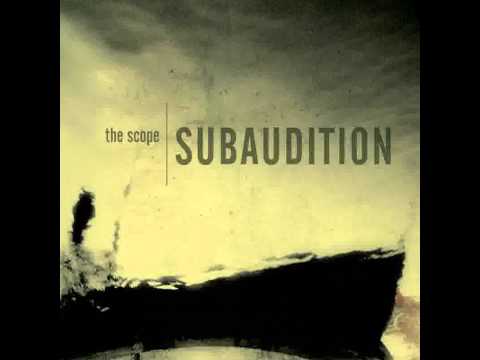 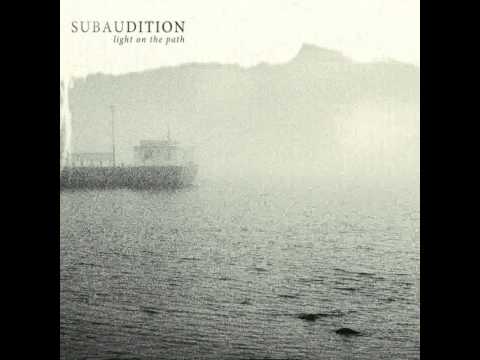 The Soul unto Aether