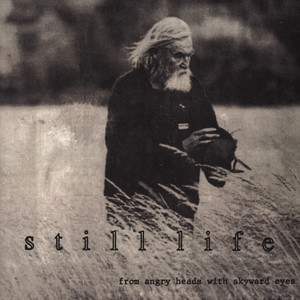 There are many bands named Still Life.

1) Still Life was a three piece emotional hardcore band out of Los Angeles, California, who were an influence on the entire mid to late nineties hardcore scene.
2) Still Life (Brzozów, Poland) alternative, metal, punk, H/C band from Poland (Subcarpathia region). The band founded in 1994. Still Life as an independent band released 5 albums (Still Life, Dwie drogi, Fabryka, Tam i z powrotem, Szczelina dla światła). Current members: Jurek Sawicki - vocal, Bartek Oleniacz - lead guitar, Tomek Skiba - drums, Tomek Sawicki - bass guitar.
Official sites of Still Life:
www.still.life.prv.pl
www.myspace.com/stilllife94
3) Still Life is a recording project that boasted Dennis Duck and Tom Recchion as members. Both had ties to the Los Angeles Free Music Society in the late 1970's. Duck went on to drum for The Dream Syndicate while Recchion has since worn many hats, including visual artist and solo recording artist. In 1982, Still Life self-released a two song 10" of repetitive and rhythmic semi-ambient music using both organic and electronic instrumentation.
4) Still Life is a Spanish hardcore band from Burgos.
5) Still Life was a British progressive rock band characterized by expert Hammond organ playing, intricate and original vocal harmonies, and an agile and precise rhythm section. The had one self-titled album that was originally released in 1971 and later re-released in 2003. The record was early organ-dominated progressive rock, its lyrical themes dwelling upon uneasy doubt and sadness, the melodies colored with the gothic classicism prevalent in much of the genre during the period. The album credits kept an aura of mystery about their membership. Martin Cure (Martin Cure And The Peeps), and Graham Amos (Rainbows (band)), Terry Howells and Alan Savage were believed to be involved.
6) Still Life were a rock band from Humberside in the United Kingdom. As well as a popular band in their home town they released several critically acclaimed singles and were one of the first UK bands to embrace the internet as a means of advertising and promoting their music.
still life were formed in 1996 by a group of five musicians from Kingston Upon Hull in the UK: Vocalist Paul Terry, drummer Phil Bean, vocalist and bass player James Paddison and guitarists Andy Clark and Mike Richmond. Richmond is credited as lyricist on all of the band's recorded tracks, music was credited to the entire band.
From lowly beginnings in local pubs and clubs, still life rapidly sailed to the top of the local music scene, eventually performing as support for several major acts including Atomic Kitten, Sash! and Fine Young Cannibals. The band finally split up in 2005, with an invite only performance at The Winter Gardens club in Cleethorpes supported by up and coming Hull-based singer songwriter Emma Rugg.
The band's alternative rock sound developed from an early influence of the britpop bands of the time (particularly The Smiths and Suede) into a more mature, experimental sound as the band became more proficient in studio techniques. The band's final release, At The Wheel is considered by many to be their most proficient, featuring the kind of production wizardy that led them to be favourably compared in both the local and national music press to R.E.M. and Queen!
A common misconception, given the band's influences is that they were named after the track Still Life from Suede's Dog Man Star album. In actual fact, the band name was taken by Richmond from another Suede song, "Breakdown" ("Back where the dogs bark, where still life bleeds the concrete white")
Following the break up of the band, guitarist Mike Richmond joined up and coming country rock band The Raindogs, and has recently rejoined former colleagues Clark, Paddison and Terry, along with drummer Mick Harding in new band Circus Envy.
It should be noted that, as in the band's logo, still life was preferred by the band to be written in lower case.
7) Still life are a hard rock/heavy metal band from Dublin, Ireland. Showing obvious influences from Thin Lizzy and Iron Maiden, the band comprises of Jack Walsh on Vocals and Guitar, Ralph Murphy and Guitar and Backing Vocals, Dave McGrath on Bass Guitar and Paul Price on Drums and Backing Vocals. Their Silver Lining EP is currently available.
8) Still Life are a jazz fusion group from Fairfield, Connecticut. The group is comprised of six young and talented jazz musicians from around the area, including Jarryd Torff, the son of jazz bassist and educator Brian Torff (who is known to have played with Frank Sinatra, among many others). Other members include Chris Mcclanahan (trumpet), Billy Ruegger (guitars), Scott Packham (piano, organ, synthesizer), Dennis Caravakis (bass), and Kurt Leon (drums, percussion). The group gathered a substantial following in their hometown in 2006, and has since performed alongside those such as Dave Samuels of The Caribbean Jazz Project.
9) Still Life was the early band name of 10,000 Maniacs in 1981.
10) Still Life is a mixtape DJ with a diverse taste in music
11) Still Life is an Opeth cover band.
12) Italian new wave band. Read more on Last.fm. User-contributed text is available under the Creative Commons By-SA License; additional terms may apply. 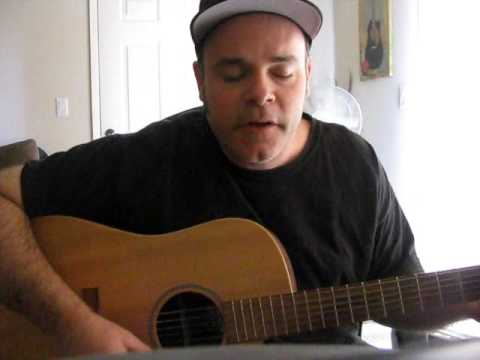