Taz, a British Born Asian raised in Warwickshire UK, established himself as a recording artist with the release of his debut album ‘Hit the Deck’. He stormed the UK Asian pop charts for thirty-six weeks at number 1. The album went on to become one of the biggest selling Asian fusion releases of all time. Described as the pioneer of pop fusion, a lyricist, composer and producer, Taz quickly became the embodiment of cross-cultural music. He heralded a new era in which crossover music became the p...

Taz, a British Born Asian raised in Warwickshire UK, established himself as a recording artist with the release of his debut album ‘Hit the Deck’. He stormed the UK Asian pop charts for thirty-six weeks at number 1. The album went on to become one of the biggest selling Asian fusion releases of all time.

Described as the pioneer of pop fusion, a lyricist, composer and producer, Taz quickly became the embodiment of cross-cultural music. He heralded a new era in which crossover music became the pursuit of many young British Asians. His music is best described as a hybrid of Traditional Asia fused with Western pop sensibility, infectious melodies and dynamic dance grooves. Some of Taz's influences are George Michael, Prince, Jam & Lewis, Babyface, Nusrat Fateh Ali Khan, R D Burman, Gurdas Maan, Kuldip Manak and Zapp!!! To name a few…

Taz is Asian rooted yet inspired by British/American ideologies; this eventually brought about a stronger experimental reggae influence into his music and the inevitable collaboration with DJ Kendell on the album ‘Spirits of Rhythm’.

The success of ‘Spirits of Rhythm’ and his Album ‘New Dawn’, the follow up, took him from strength to strength and helped mushroom a global fan base. It was at this point that Taz gave birth to the now hugely popular fusion pop group ‘Stereo Nation’, consequently signing to EMI Premier UK. The act went on to have their first British chart hit, ‘I've Been Waiting’ and subsequently became an instant number one smash hit throughout Asia, as well achieving ‘top ten’ video on the UK music channel, ‘The Box’. Having achieved worldwide notoriety with the multi platinum album ‘I've Been Waiting’, the success story continues!

Taz went onto tour Europe with a ten-piece band throughout 1998 in order to satisfy the rapidly growing international fan base as well as the Far East, Indian sub-continent, UAE, Australia, Africa, South East Asia, USA and Canada.

Having firmly established himself in South Asia, Taz went onto sign a recording deal with ‘Times Music India’, which resulted in the worldwide release of the album “Jambo”. The long awaited album was an instant hit with fans worldwide which proved his sustaining power to deliver hits.

The latter half of 1999 saw Taz release his first solo album entitled ‘Nasha’ (Intoxicated) in the UK, causing a major storm on dance floors across Europe and the USA. To date the album has already gone gold…

The new Millennium sees Taz with his band ‘Stereo Nation’, starting to delve into new musical territory, experimenting with R’n’B, Soul, Dance & Bollywood! Taz’s next album, entitled ‘Slave II Fusion’ released in December 2000, achieved approx. 120,000 sales units in the U.K/U.S.A territories and 1,400,000 sales units in India! As a consequence to this success, Taz was approached by the internationally recognised Bollywood Film Industry to record and visualise a track for the film ‘Tum Bin’. The film went on to be one of the biggest successes in 2001, achieving Top Ten status in the U.K mainstream film cinemas, as well as being one of Bollywoods biggest films of the year. Since Tazs debut in Bollywood, he has been inundated with offers to further record soundtracks for the Indian Film Industry.

Further to his success in Bollywood Taz performed at the Indian Oscars (IIFA) in Sun City South Africa, which was televised to an audience of approx. 3 Billion across the world. During his time at the IIFA awards, Taz was approached by the crème-de-le-crème of Bollywoods elite, to record/visualise in further Bollywood movies.

Due to popular demand Taz returned to the U.K to release his single ‘Laila’ into the mainstream charts. The single entered the British Charts at number 44. Taz also created history by being the first Asian Artist to visualise the accompanying video to ‘Laila’ by using CGI video technology.

More recently, Taz performed at the Royal Albert Hall supporting the Charity of Afghanistan, as well as playing live at the Annual Gala for the Richest British Asian Awards at the Natural History Museum London in the presence of HRH Prince Charles.

The follow up album to ‘Slave II Fusion’ entitled ‘Taz-Mania’, has surpassed the phenomenal success that its predecessor achieved. As a consequence to his success, Taz’s achievements have been recognised by the Guild of British Asians by being presented the award of ‘Best Music Act’ 2002, as well as being nominated in the same category at the Carlton Multicultural Media Awards 2002 alongside Ms Dynamite.

2003 saw Taz record once again for the ‘Bollywood Film Industry’. Visualised by Bollywood Heart Throb ‘Hritik Roshan’, the track ‘It’s Magic’ from the movie ‘Koi Mil Gaya’, went on to become the track of the year winning numerous awards at the ‘Bollywood Oscars’ in Mumbai this year.

2004 saw Taz release his latest smash, ‘Café Mumbai’. Recorded in London and Mumbai, the Album truly has worldwide appeal. Already ‘Ministry of Sound UK’ has picked up one of the tracks, ‘Ride with Me’, included in the compilation album ‘Urban Underground’. Having strongly established himself in ‘Bollywood’, Taz’s music will also be featured in a ‘Hollywood’ production later this year. The track ‘Mehbooba’ will be featured in the Movie ‘New York Minute’ featuring Ashley & Mary-Kate Olson.

Its 2008, and the Pop Icon, Singer Songwriter Taz - Stereo Nation Is Looking To Set The World On Fire Yet Again With His Recent Offering To His Fans !!!!!!!!! With more hits to his name than hair on his head, the man has already set India on fire again with his recent offering - the lead track to the film 'RACE' titled 'Mujpe Tho Jadoo', a collaboration with Music Maestro Pritam Singh. The demand for the song has set his fans on a mad frenzy and his Record Label Tips had no choice but to Shoot a video for the song alongside the actors. JAWANI ' ON THE ROCKS ' March 2008 The Stereo Nation sound has hit the people once again and rumour has it that this will be Taz's biggest album to date. The long awaited album and 5 years in the making is finally ready for release and the hype is like no other. Along with the busy Touring Schedule to promote the album, the Rock Star is also working on 5 Huge Bollywood Movies as we speak, recording the item lead songs for these films. The film titles will be released soon......so watch this space !!!!!! 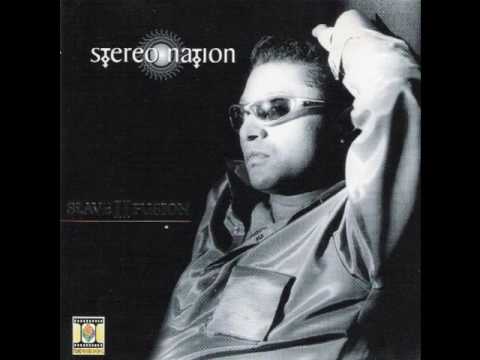 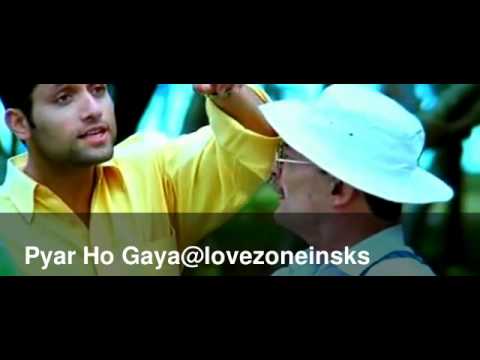