Born and raised in New Orleans, Moore is very much a product of geography, culture and creative colleagues. He grew up in a thriving music scene that included Professor Longhair, Doctor John, the Meters and countless other Big Easy mainstays. He hooked up with Galactic co-founders Robert Mercurio and Jeff Raines in the early ‘90s, but also launched a solo career toward the end of the decade with the release of "All Kooked Out!" (Fog City Records) in 1998 and "Flyin’ the Koop" (Blue Thumb Records...

Born and raised in New Orleans, Moore is very much a product of geography, culture and creative colleagues. He grew up in a thriving music scene that included Professor Longhair, Doctor John, the Meters and countless other Big Easy mainstays. He hooked up with Galactic co-founders Robert Mercurio and Jeff Raines in the early ‘90s, but also launched a solo career toward the end of the decade with the release of "All Kooked Out!" (Fog City Records) in 1998 and "Flyin’ the Koop" (Blue Thumb Records) in 2002. His diverse resume also includes an ongoing alliance with eight-string guitar virtuoso Charlie Hunter (T.J. Kirk), saxophonist Skerik (Les Claypool, Roger Waters) and percussionist Mike Dillon (Les Claypool, Ani DiFranco), all of whom make up an avant-funk ensemble known as Garage a Trois, whose second disc, Outre Mer was released on Telarc in 2005.

More recently, Moore has been involved in a myriad of projects, including appearances on Grammy nominee Corrosion of Conformity’s In the Arms of God (“Stanton Moore earns his Bonham stripes on this one,” according to Rolling Stone), Irma Thomas’ After the Rain and Robert Walter’s Super Heavy Organ. Moore also released a highly acclaimed and award winning educational series covering his approach to New Orleans drumming. The project, Take It to the Street, includes two DVDs and an instructional book—all of which feature The Dirty Dozen, George Porter and Ivan Neville. Stanton continues to tour and perform with a who’s-who list of musicians and projects, including John Scofield, John Medeski, George Porter and Leo Noccentelli (the Meters), Bonerama, the New Orleans Klezmer Allstars and Anders Osborne to name a few. He also records and performs with his own Stanton Moore Trio.

“When Stanton gets behind his kit with Galactic, or with one of his many side projects such as Garage A Trois or Moore & More, there’s no doubt who it is,” proclaims Modern Drummer. “Call his sound infectious. Call it part jazz-meets-Bonham. Call it nouveau second-line. No matter. Whether he’s boppin’ behind an 18-inch champagne-sparkle jazz kick or battle-worn old 26-inch, Stanton is serving up new-style funk.”

Indeed, Moore is a survivor—literally and artistically. Despite some of his own personal setbacks in the aftermath of Katrina, he continues to channel the muse and explore the remote places where jazz, funk, soul and various other musical strains merge. III is, among other things, a survivor’s tale—a recording that ignores adversity and pursues the creative ideal.

(2) A New Orleans musician in every sense of the word, drummer Stanton Moore's main gig is with his enormously popular funk band Galactic but he also plays with a wide variety of other musicians in both club and studio settings. Growing up in New Orleans, Moore was attracted to the thriving music scene, where he absorbed the work of Professor Longhair, Meters drummer Zigaboo Modeliste, and his mentor, Johnny Vidacovich. After meeting founding Galactic members Robert Mercurio and Rich Vogel in the early '90s, Moore played in a series of early versions of the group, including Galactic Prophylactic and the Ivanhoes (in which the band learned a good portion of the catalog of the legendary Meters, New Orleans' founding funk band).

In 1994, producer Dan Prothero featured the band's song "Black Eyed Pea" on his Is That Jazz compilation. The band soon recorded Coolin' Off (1996) for Fog City Records, joined in the studio (and, eventually, on the road) by vocalist Theryl Declouet. Through constant touring, Moore met and collaborated with many established funk and jazz musicians, including Medeski, Martin & Wood keyboardist John Medeski, Karl Denson, and even the Meters' bassist George Porter, Jr. Two musicians that Moore hit it off with in particular were eight-string guitarist and T.J. Kirk founder Charlie Hunter and saxophonist Skerik. With this core, the band played a handful of live dates and, in the weeks after Mardi Gras 1998, cut what would become Moore's first solo disc, All Kooked Out! The disc also featured a handful of New Orleans horn players, including Brent Rose, Brian Seeger, Matt Perrine, Ben Ellman, and former Sun Ra trumpet player Michael Ray.

Following the recording of Crazyhorse Mongoose with Galactic, crammed in between Galactic tours, Moore traveled with Hunter and Skerik, playing incendiary live shows throughout the West. Many of Moore's songs are included in Galactic's set list. He has often played around New Orleans with a revolving cast of musicians, billed as Moore & More. He has also been a member of the New Orleans Klezmer All-Stars. He has released a handful of solo albums, following 1998's previously mentioned All Kooked Out! with Flyin' the Koop in 2001, III in 2006, and Emphasis! On Parenthesis in 2008. Moore has continued to remain active as a member of Galactic, which released their groundbreaking Ya-Ka-May on Anti in February of 2010, and as a solo artist. In April of that year he released Groove Alchemy on the Telarc Jazz imprint.

Moore is, and always has been, an in-demand session drummer. He is also a member of guitarist and songwriter Anders Osborne's recording and touring band (the latter when his own schedule accommodates it) and appeared on his celebrated albums American Patchwork in 2010 and Black Eye Galaxy in 2012. Moore also appeared with Galactic and in other settings on the HBO television drama Treme.

The drummer returned to his jazz roots for his next solo album, recording Conversations with a trio whose other members included pianist David Torkanowsky and bassist James Singleton. The set was issued by Royal Potato Family in the spring of 2014. ~ Jesse Jarnow, Rovi Read more on Last.fm. User-contributed text is available under the Creative Commons By-SA License; additional terms may apply. 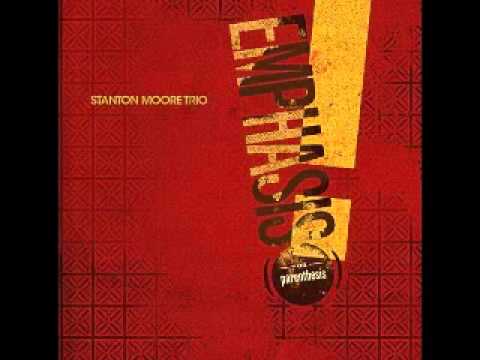 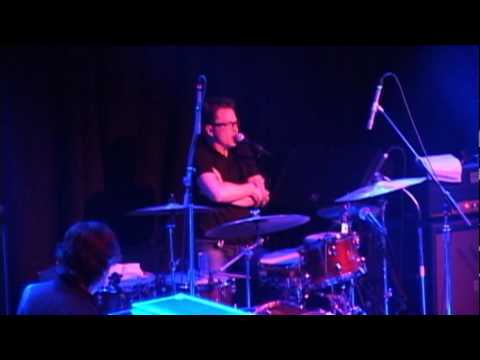