stolen wholesale from http://en.wikipedia.org/wiki/Spizzenergi Spizzenergi was a late 1970s English punk / new wave band led by vocalist / guitarist Spizz (real name Kenneth Spiers). The band changed its name several times during its existence, alternate names including Spizzoil and Athletico Spizz 80. They are notable as the first band to sign for Rough Trade Records[1] and the first to top the newly created UK Indie Chart early in 1980.[2] However, they were perhaps best known for their singl...

Spizzenergi was a late 1970s English punk / new wave band led by vocalist / guitarist Spizz (real name Kenneth Spiers). The band changed its name several times during its existence, alternate names including Spizzoil and Athletico Spizz 80. They are notable as the first band to sign for Rough Trade Records[1] and the first to top the newly created UK Indie Chart early in 1980.[2] However, they were perhaps best known for their single "Where's Captain Kirk?" More than two decades after its release, it was included in Mojo magazine’s list of the best punk rock singles of all time.[3]

Spizz attended the Solihull School (also home of Swell Maps), an Independent School in the West Midlands, and was inspired by the burgeoning punk rock movement. He was already performing (solo) by 1977. Spizz soon got together with like-minded guitarist Pete Petrol (real name Pete O'Dowd). The duo actually released a few lo-fi singles during the height of the punk's popularity. In 1978 Palmolive, drummer with The Slits, joined what was called Spizzoil (North Sea oil then being a hot topic), for a few gigs.
The band toured supporting acts such as Siouxsie & the Banshees and later as the main act all over Europe.
[edit]Spizzenergi / Athletico Spizz 80

Line-up: August - November 1979.
Spizz - Vocals and guitar
Mark Coalfield - Keyboard and vocals
Dave Scott - Guitar
Jim Solar - Bass guitar (real name Jim Little)
Hero Shima - Drums
For the first time, Spizz had a dedicated backing band, with a distinctively new wave sound. As Spizzenergi [1] they became the first number one band in the newly formed UK Indie Chart in January 1980. The BBC Radio 1 DJ John Peel described "Where's Captain Kirk?" as... "the best Star Trek associated song". This was probably the peak of Spizz's music career.
This line-up continued as Athletico Spizz 80, gaining a considerable following. They became the only band to sell out the Marquee Club for five consecutive nights (with a sixth alcohol-free, matinee show). The tune was featured in the 1981s archival Urgh! A Music War film. This material was shown occasionally on late-night American cable TV, and may have helped prolong Spizz's notoriety slightly. They released an album entitled Do A Runner on A&M Records, to mixed reviews.
When Lu Edmonds joined the line-up in 1981, they again changed their name -- to the Spizzles. The group released a record called Spikey Dream Flowers, which cemented the group's sonic image as science-fiction weirdoes. Two final 1982 singles, "Megacity 3" and "Jungle Fever", were the swan-song of Spizz in the 1980s. By 1982 new wave was over, and post-punk bands like The Smiths and Gang of Four were taking over the indie music scene.
Spizz was noted for an annual name change policy which ceased when the Guinness Book of Records failed to recognise Spizz's claim that he has recorded and released the greatest number of recordings under different names. "Too Specialised" was the response of the then deputy editor, Shelagh Thomas, who nevertheless confessed to owning "Where's Captain Kirk?". American stadium rockers R.E.M. (who started their band in the early 1980s) have recorded a version of "Where's Captain Kirk?", which they gave to the fan club members in Christmas 1992.
[edit]Later years

After the demise of the Spizzles, Spizz did a few solo projects (as SpizzOrwell and performing The Last Future Show) and played guitar for Heaven 17. After a dance mix of Where's Captain Kirk? in 1987, he had no significant chart success. The birth of a daughter in 1991 consumed the bulk of energy as he stayed home to care for her.
Spizz still appears live and releases material through Cherry Red Records [2]. The most recent release however has emerged on his own label 442ok [3]. It was called "We're The England" and is their third England World Cup Song attempt (previously "E for England" for France 1998, and "On The Road To Yokohama" for 2002). Other Spizz football related songs are "The Sun Never Sets on Aston Villa" which is on the club's official compact disc, "Three Lions in The Sky" which was aimed at television producer, and his own label 'company song', "442ok".
Added to this is the maxi single released in May 2006; the earliest known recording of "Where's Captain Kirk?" (from Spizz's own archives). Read more on Last.fm. User-contributed text is available under the Creative Commons By-SA License; additional terms may apply. 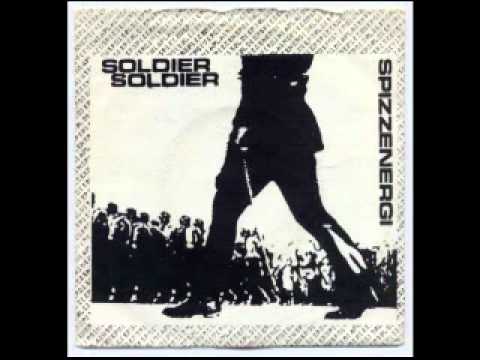 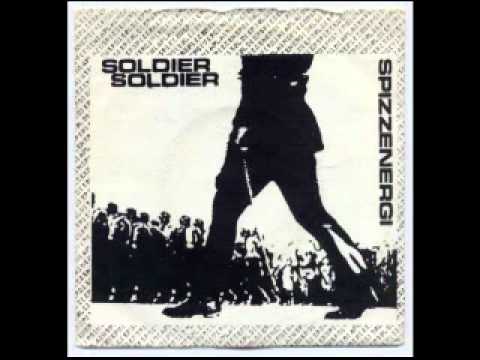