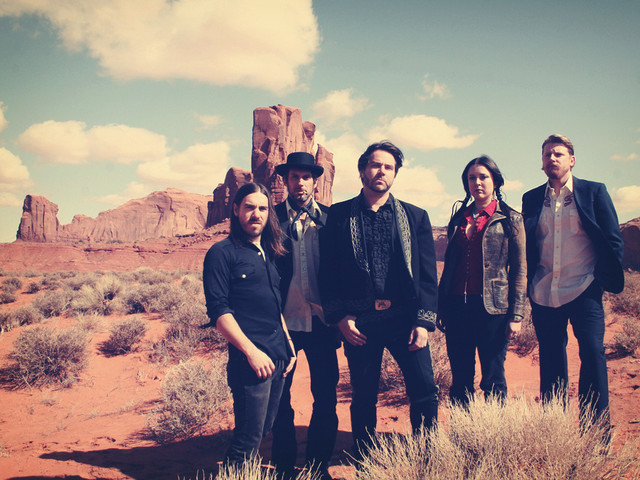 There a multiple artists with the name Spindrift: 1) Spindrift is an underground psychedelic goa trance project by Leo Bergman from Sweden. Leo started experimenting with synthesizers and electronic music gear in the late 80's and back then began to produce his first electronic soundscapes. His initial release was as a member of the project Exotonic on "Destination Goa 2" with the track 'Creative Alternative'. Since then Leo has been involved in various underground projects, as for example '...

There a multiple artists with the name Spindrift:

1) Spindrift is an underground psychedelic goa trance project by Leo Bergman from Sweden.

Leo started experimenting with synthesizers and electronic music gear in the late 80's and back then began to produce his first electronic soundscapes.
His initial release was as a member of the project Exotonic on "Destination Goa 2" with the track 'Creative Alternative'.

Since then Leo has been involved in various underground projects, as for example 'Steptime', with which he released the album "Steptime" on Stoneage Records, but has been working on his solo project Spindrift for many years as well.

As Spindrift Leo released tracks on the 'Örebro Freakfactory' compilations 1,2,3 and on the 'VA-Tales From The Dark Forest'. In 2004 he formed the web-based label ResonantEarth under which he is currently releasing his music.

2) Spindrift is a psychedelic western band that hails from the United States of America.

The mists of Spindrift began casting their hypnotic haze upon the eastern shores of the United States in 1992. For the next decade, the captain of the mothership, singer/songwriter/guitar-slinger, Kirpatrick Thomas (a.k.a. "KP"), sailed the sonic sea, letting the music carry him and his band to faraway places to perform for audiences around the world. Eight records later, Kirpatrick felt the undeniable pull of the west and ventured into the sunset in search of a new world.

On his journey, he met up with the Brian Jonestown Massacre, who took him out on tour with their band – a detour that would set the stage for the next incarnation of Spindrift. Ultimately landing in Los Angeles, Kirpatrick became fascinated by the history and heritage of his newly adopted home. Desert landscapes inspired new musical sound-scapes that paid homage to old western movies. For a time, KP bounced from sea to sea, simultaneously working on his classic psyche-pop album "Songs from the Ancient Age" with his east-coast band members, while also recruiting his gun-toting west coast contingent. L.A. musicians and desert dwellers embraced his bluesy psychedelic shoegaze and experimental explorations, and soon, Spindrift "west" would be born …and a new psychedelic western revival movement would begin.

By 2006, the east coast band was no more, and the west coast band had grown into a 9-member ensemble featuring current and former members of Brian Jonestown Massacre, The Warlocks, and other Los Angeles psychedelic veterans. The band performed often at high-profile shows throughout Southern California, building an ever-growing fan base, and soon caught the ear of musician and DJ, Steve Jones, who began spinning the track "Red Reflection" regularly on his popular radio show, Jonesy's Jukebox on L.A.'s Indie 103.1 FM. National tours followed, sharing the stage with bands such as Dead Meadow, Vietnam, The Black Angels, and country legend Charlie Louvin.

In July of 2007, the band co-produced a three-day benefit concert called, "Clean Air, Clear Stars" in the rustic, former-old-west-movie-location in Pioneertown, CA, located near Joshua Tree National Park in the high Mohave desert. The event, which was meant to create awareness to the harmful effects of greenhouse gas emissions on the delicate desert ecosystem, was a smashing success, bringing much needed revenue to the historic town.

Fans and critics alike began to rave about the signature wash of sound created by these sonic storytellers, which transports their audience through new dimensions of time and space. As the music carries their congregation to the constellations, the peyote-swirling sounds ignite movies in one's mind.
With Spindrift's penchant for creating epic cinematic soundtracks, it comes as no surprise that the band has also embarked on a vision quest of their own, with the creation of the feature film, "The Legend of God's Gun." At the heart of the artfully shot independent feature film directed by Mike Bruce which was inspired by the '60s era spaghetti western movies, is the psychedelic sounds of SPINDRIFT.

Both haunting and hallucinogenic, "The Legend of God's Gun" soundtrack takes the listener on a cosmic journey through the desert as a preacher-turned-gunslinger sets out for vengeance.

With a guitar in one hand and six-shooter in the other, neo-cosmic cowboy Kirpatrick Thomas and his current band of banditos resurrect the spirits of Ennio Morricone and Bruno Nicolai and combines them with the ghosts of Velvet Underground and Jim Morrison, weaving a dusty backdrop to a story of sin and salvation in the wild wild west.

Spindrift along with director Mike Bruce have negotiated a deal for theatrical and DVD distribution for the film with Indican Pictures throughout North America. Bleiberg Entertainment is distributing the film in Europe and representing the movie at the Cannes film festival. This music-driven, modern-day western film was shot in ghost towns throughout the Mohave desert, with a cast comprised of the band members themselves.

The soundtrack to "The Legend of God's Gun" is currently available on CDBABY.com, along with the re-issue of "Songs from the Ancient Age" featuring the track, "Red Reflection" as heard on Steve Jones' radio show, "Jonesy's Jukebox" on Indie 103.1. 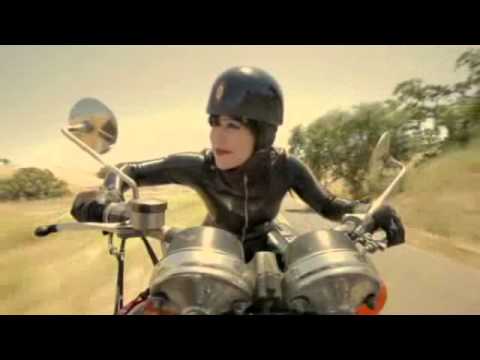 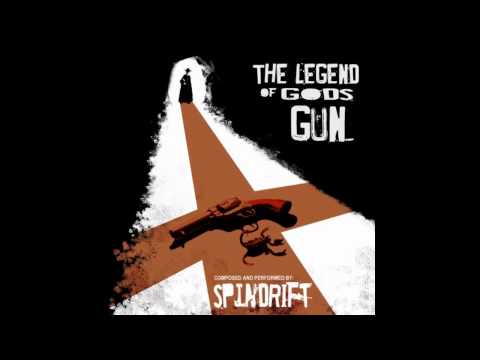 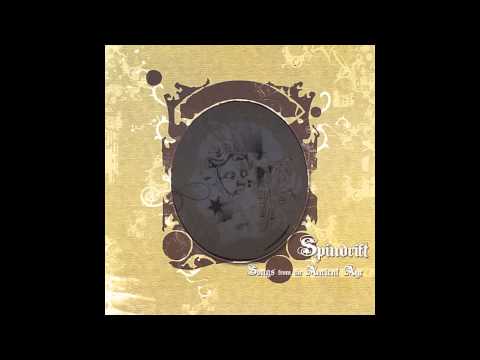 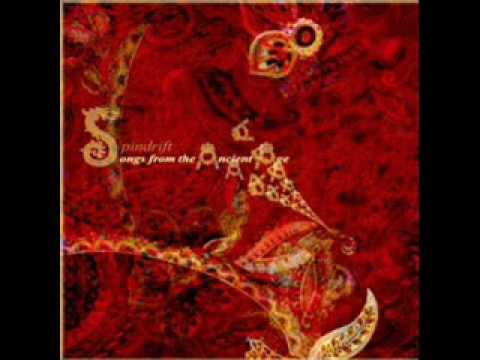 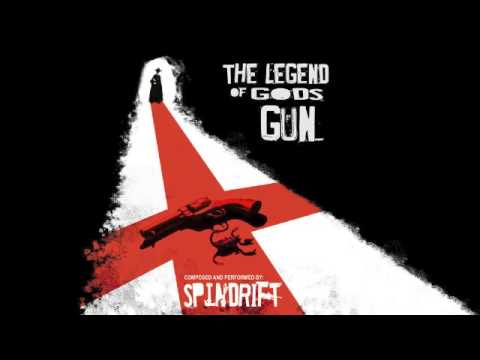 The Legend Of God's Gun 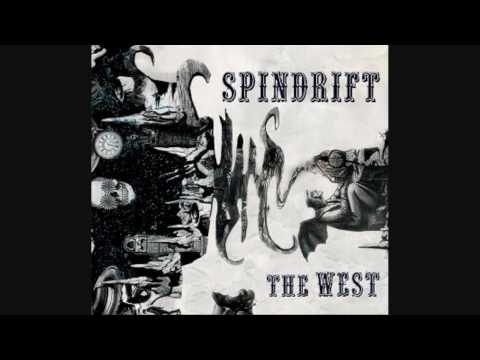