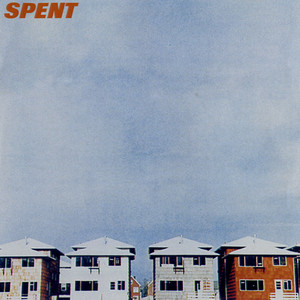 There is more than one artist with this name, so please leave the pic with both bands. 1.) A Indie rock band based in Jersey City, NJ 2.)A metal/hard rock bane based in Lexington, KY 1.)Years from now, when all the rage is the "Jersey City Sound" (and Chapel Hill and Seattle are long forgotten), we will remember the catalyst, Spent, the band that started it all by being proud of their Jersey City habitat. It seems that in New York City outrageous things must be done in order to get noticed. I...

There is more than one artist with this name, so please leave the pic with both bands.

1.) A Indie rock band based in Jersey City, NJ
2.)A metal/hard rock bane based in Lexington, KY


1.)Years from now, when all the rage is the "Jersey City Sound" (and Chapel Hill and Seattle are long forgotten), we will remember the catalyst, Spent, the band that started it all by being proud of their Jersey City habitat. It seems that in New York City outrageous things must be done in order to get noticed. In nearby Jersey City it's easier to be honest, unpretentious and, in essence, real. For those not familiar with this hip new sound...read on.

Spent have created a new breed of tunes that are catchy in spite of their ever-changing textures, tempos, themes and keys. Within seconds, Spent songs can make an effortless transition from slow, beautiful melodies with subtle male/female harmonies to near "pit" - inducing tempos with dissonance and a touch of distorted guitar thrown in to barely mask the singer's slightly frustrated vocalization of cryptic lyrics. Just when a chorus becomes familiar enough to sing along to, a song will shift into a new focus, which soon becomes just as catchy as the first. Versatile, observant, clever, restless, energetic, determined, empathetic and diverse is the sound of Spent.

Joe, Annie, John and Ed (Spent, natch) were busy following the release of 95's Songs of Drinking and Rebellion touring across the States with hardly a minute to rest and relax in their lovely habitat, Jersey City. They did, however, have time to write some great new songs, firstly the EP " Umbrella Wars." From the relaxed, maraca-driven catchy beat of "Umbrella Wars" to the gentle acoustic feel of "Angeleva," Spent had diversified their instrumentation as well as their sound, but the end result still being the same as Spent of Yore: a passionate and earnest sound that simply rocks.

June '96 saw the band at Rare Book Room, Brooklyn, NY, with wonderkid Nicolas Vernhes at the helm, recording their second full-length album, A Seat Beneath the Chairs. This new release catapults the Spent sound into bold new sonic territory. While remaining loyal to layered guitar interplay, varied male-female vocalizing and instantly hummmable songcraft, Spent had created a noticeably subdued, cohesive collection, worthy of repeated listening in order to fully take in all of its subtleties. From the gnarled wisfulness of "Stumble Up the Stairs" to the stark majesty of "Until We Have Enough"; from the unapologetic pop "Under False Eyelids" to the first rate instrumental "No Sign of the Ponies," Spent continue to recreate and reveal themselves in a variety of melodic guises. Piano and clarinet ("The Quarter Conspiracy"), keyboards and Moog ("The Pilot's Lament," "He's Into Lonely") and trumpet (on the title track)also enlisted to flavor the album's already expansive musical palette. The band Toured with other keystone MERGE artists like Superchunk and Seam for much of the 90's.
they disbanded in 1997

2.) Started in 1999, Spent was a quartet based in KY with roots in places as far away as Puerto Rico and Chicago. Touring regionally throughout New York, Illinois, Ohio, Tennessee, and Kentucky, Spent .

This is a band known both for its music as well as its enthusiastic live shows. Fans never knew where Spent would take them, whether it's through bruising from reactions to often punishing music or as in one case an all out riot requiring police. Whether from fame, or infamy, word has consistently spread about Spent. This notoriety has allowed them to be slated to play with national recording artists such as Flaw, Future Leaders of the World, Skindred, Dry Kill Logic, 36 Crazy Fists, Straight Line Stitch, and the list goes on. In 2003 The band took a step back to re-evaluate what they wanted to do, and re-formed in the middle of 2004 with a second guitarist. Chad Wilfong, the original drummer, decided that the music life was not for him at that point in his life. Luke Stevenson was found and very much helped in the rebuilding of the Spent fan base as well as completing all the drums for the new Scars EP before having to move to Nebraska.

After Luke, another upheaval occurred in searching for a good replacement. This did nothing to deter Spent's tenacity, playing a radio station battle of the bands contest with a lent drummer from another band that had only practiced twice. Spent did not win this show, but the thunderous applause shook the building. Another testament to what happened in this show was the huge influx of angry and harassing calls made to the radio station that Monday. This, more than anything else, shows what Spent can do given a chance at a new audience.

Now, with a solidified drummer, and a new ep release, Spent is working to ever expand its fan base, 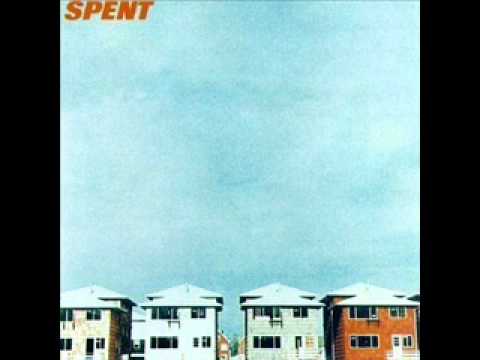