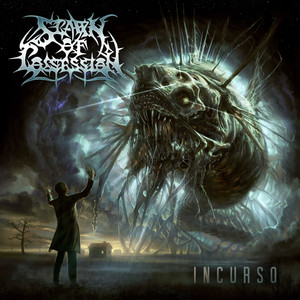 Spawn of Possession was a technical brutal death metal band from Sweden, which consisted of Dennis Röndum, Jonas Bryssling, Christian Müenzner (Obscura), Erlend Caspersen (Deeds of Flesh), and Henrik Schönström. The band rose from the ashes of various constellations in February 1997, and it originally consisted of Jonas Bryssling (guitar), Jonas Karlsson (guitar) and Dennis Röndum (drums). The whole idea of the band was to create innovative Technical Death Metal. After three years of dedicated...

Spawn of Possession was a technical brutal death metal band from Sweden, which consisted of Dennis Röndum, Jonas Bryssling, Christian Müenzner (Obscura), Erlend Caspersen (Deeds of Flesh), and Henrik Schönström. The band rose from the ashes of various constellations in February 1997, and it originally consisted of Jonas Bryssling (guitar), Jonas Karlsson (guitar) and Dennis Röndum (drums). The whole idea of the band was to create innovative Technical Death Metal.

After three years of dedicated song writing the band went to record their first demo, "The Forbidden", which got nothing but great responses and earned the band a respectful name in the death metal community world wide. Right after the release of "The Forbidden" the band found bass player Niklas Dewerud to fill the empty bass spot the band had suffered from since the start. A year later the band once again laid siege to the studio to record their second demo, "Church of Deviance" which got praised in every review it faced and in Dec.2001 Spawn of Possession signed a deal with Unique Leader Records.

Spawn of Possession worked extremely hard on new material for the next six months and in June 2002 the recording of the debut album, "Cabinet", commenced! The band ended up in Pama Studios together with the highly acclaimed producer/engineer Magnus Sedenberg with whom they had worked on previous recordings. The recording, mixing and mastering of Cabinet went smooth and the final result followed up the band's expectations for a complete satisfaction.

With nothing but great press and a rapidly growing name it was now time to start supporting their release live. First off was a 4 week European tour together with Disavowed, Vile, Inhume and Mangled. The tour was a major success and opened up a lot of new doors for the band. Shortly after returning home the next tour offer was knocking on the door. A six week North American tour together with Unique Leader label mates, Severed Savior, Pyaemia and Gorgasm. Traveling coast to coast including a five gigs ride to Canada, Spawn of Possession executed no less than 27 shows on this tour. Needless to say, this was of course a huge step up for the band.

After coming back from the US tour Spawn of Possession was fortunate enough to be able to do another tour, this time as a part of the annual No Mercy package in Europe, with bands such as Cannibal Corpse, Hypocrisy, Kataklysm, Exhumed, Vomitory and Carpathian Forest. The tour consisted of 14 shows, playing in front of 600 to 1500 people a night at some of the biggest club venues in Europe. After this spring-tour summerfestival offers kept poring in having the band perform at 8 festivals including Fuck The Commerce (Germany), Stonehenge (The Netherlands), Grind You Mother (Italy) and Mountains of Death (Switzerland).

During this period and the beginning of fall 2004 Spawn of Possession also started to work on new material. In mid September the writing however got interrupted as the band joined Cannibal Corpse as direct support on a 24 show tour throughout Scandinavia and the Baltic/eastern European states. This was without a doubt one of the strongest tours up to date leaving the band with a new good tour experience and dozens of new recruits to the Spawn of Possession fan base. With 4 tours and almost a 100 shows in the baggage Spawn of Possession has released their second full length entitled "Noctambulant".

In 2012, Spawn of Possession released their third and widely-acclaimed record 'Incurso', with two new band members: Christian Müenzner of Obscura and Erlend Caspersen of Deeds of Flesh. The album consists of 9 songs, and represents the heaviest and the most technical creation of the band. Critics went on to say that "Next to Necrophagist's Epitaph and Obscura's Cosmogenesis, Incurso represents the most inspiring and influential modern technical death metal record up to date".

A follow-up to "Incurso" was planned, but the band split up in late July 2017. 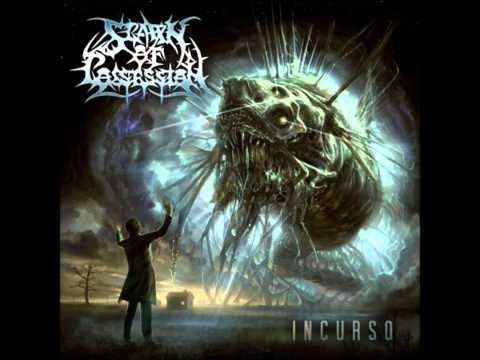