Souvenir's Young America is a three piece instrumental band from Richmond VA. They create sounds that could be called electronic, metal, prog, country, and ambient all at once, making something very different and new. They tour a few times a year and are currently working on new releases. For more info check out their sites at: www.syarva.com or http://www.myspace.com/souvenirsyoungamerica Here are some reviews for their first self titled full length which is on UndeRadar (CD) and E-Viny...

Souvenir's Young America is a three piece instrumental band from Richmond VA. They create sounds that could be called electronic, metal, prog, country, and ambient all at once, making something very different and new. They tour a few times a year and are currently working on new releases. For more info check out their sites at:

"Tough to stand out these days in the super saturated genre pool that is metallic post rock but these guys manage to pull it off big time, borrowing equally from nineties post rock, crusty sludge, epic instrumental chamber rock, and then adding in their own 2 cents. Some Morricone-ish spaghetti western twang, some Krautrock-y groove, some bits of twangy slide guitar, thick swaths of fuzzy drifting guitar ambience, dizzying angular riffing, dense tribal drumming, buzzing almost new wave sounding synths... But it's the bands' deft hand with melody and songwriting and arrangement that makes this record so moving. The focus is way more on mood and texture than heaviness or brutality (although it is occasionally both heavy and brutal), with a crushing dirge suddenly collapsing into the prettiest dang melody you've ever heard. We're such suckers for the slippery dreaminess of slide guitar. We sort of wish it was everywhere, on every song, but as it is, when it does kick in, we get goosebumps." - AQUARIUS RECORDS

"Take the instrumental sprawl of the Red Sparrowes, incorparate atmospheric electronics and then add the organic eclecticism of Jaga Jazzost with occasional diversions into cacophonous doom style guitar abuse, twangy countrified melodicism, ominous ambience and garage-rock swagger and you'll have some idea as to what this sounds like. Sort of. On paper it might sound like a mess but magnificent musicianship and the constant infusion of overwhelming melodies drags you on a breathtaking journey through stunning musical terrain. For those who like their music diverse, and find the prog of Coheed and Cambria a bit too "song orientated", this is an incredible record of huge scope and ambition made to seem effortless by a remarkable band. 5/5" - KERRANG!

"The result is an album that over and over again escapes gravity -- but that has little chance of escaping your iPod. 4 STARS OUT OF 4 STARS" - TIMES DISPATCH

"I'm going to ... inform you as to why Souvenir's Young America is a must have for any experimental/sludge metal fan. We're looking at something in the making that could rival the cult status of a Godspeed You Black Emperor, and that is really saying something. Souvenir's Young America has put together a piece of work with this album that defies any boundary or guideline." - RISE AND REVOLT

"The Richmond-based three-pieces six song debut is a heavily layered, atmospheric journey. While there are moments where the bands amped up and laying down the heavy, for the most part theyre more interesting in crafting music with deep emotional resonance. You could say that Souvenirs Young America has made an album that can also serve as a film score. Its a vivid album that reveals more and more with each new listen. Check em out if youre a fans of Earths latest, Pelican, Red Sparowes, Jesu, or Zombi." - STONER ROCK DOT COM

"One of the more brilliant instrumental rock releases to hit this year!" - DECOY MUSIC

"Their songs are memorable, tuneful and if not aggressive, at the very least exciting and definitely inspiring. They throw in tons of surprises, only introducing harsher tones when least expected, pulling you along with their pulsating momentum before fading into ambience or exploding into surreal half-time soft-stomps. In producing textural, choral and pastoral instrumental music that is nonetheless constantly intriguing and frequently mind-blowing, these upstarts easily outdo their way-more-experienced elders in attaining consonant coherence reaching towards nirvana, a resplendent cathedral of beautiful sound and emotional intensity that one can lose themselves in for hours into days into months into years. So beautiful it is almost surreal. Get this." - DIGITAL METAL

"The new disc takes you on an instrumental journey through a soundscape of the cosmos, conjuring up feelings of dread, fury, stillness, and even passion and romance. Run out and get this disc immediately, along with the 7 disc DVD set of Carl sagan's Cosmos, put the CD on repeat, turn down the volume of the DVD, and make a night out exploring space and time." - RVA MAGAZINE

"The whole album sounds like a soundtrack for a killer lost road-trip movie scored by members of Neurosis and Godspeed You! Black Emporer doing a weird mix of 70's prog and biker rock, and 80's soundtrack metal, but with all sorts of forays into lonesome,dusty country guitar-twang, long droning expanses of floating electronic drones, supremely beautiful and often super-crushing !!! This is ABSOLUTELY A MUST GET for fans of heavy instrumental ambient metal/post-rock (Red Sparowes, Mogwai, Mono, Pelican, Isis, etc.), and soundtrack-influenced heaviness (Zombi, Chromelodeon). Very very highly recommended!!!!" - CRUCIAL BLAST RECORDS

"Combining guitar, drums, and keyboard sounding instruments, Souvenir's Young America takes the post-rock sound in a more futuristic direction. The guest appearances by instruments such as cello, banjo, xylophone, and others provides a diverse portfolio of sounds to entice the listener and to prevent Souvenir's Young America from dipping into the mundane. While some parts of the album are softer than others, for the most part, there is a continuous drive towards something. Whether that final destination is a crescendo of science fiction fueled explosions or a hole filled with distorted fallout, Souvenir's Young America will bring you there and along the way you'll be taking mental snapshots of the glowing walls pressing you backwards." - SCENE POINT BLANK

"While I wouldn't particularly call what they're doing "experimental", it's certainly not traditionally formulated either, so... it's something different. I wholly encourage you to make the grab if you'd like to hear more." - AVERSION ONLINE

"SYA have a strange Prog/Metal sound that jibes pretty well with their reported start as a soundtrack-production project." - THE WIRE

"Think Red Sparrows and beyond... Souvenir's Young America are a band with lots of potential." - MASHNOTE Read more on Last.fm. User-contributed text is available under the Creative Commons By-SA License; additional terms may apply. 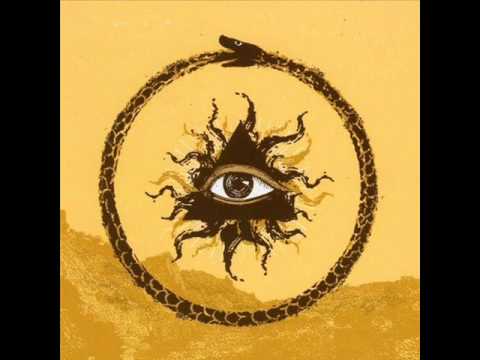 Invocation In The Caldera