San Francisco-based Sonya Cotton was born and raised in the East, where as a child, she actively pursued dance, theater, voice, and visual arts. These interests eventually led her to Vassar College in Poughkeepsie, NY where she majored in Studio Art. It was at Vassar that Sonya began writing and performing her own songs. Her first collection of songs became the 2005 8-song release "Baltimore Trees," arranged and recorded by fellow student and bandmate Chris Kiehne. Following graduation Sonya tr...

San Francisco-based Sonya Cotton was born and raised in the East, where as a child, she actively pursued dance, theater, voice, and visual arts. These interests eventually led her to Vassar College in Poughkeepsie, NY where she majored in Studio Art.

It was at Vassar that Sonya began writing and performing her own songs. Her first collection of songs became the 2005 8-song release "Baltimore Trees," arranged and recorded by fellow student and bandmate Chris Kiehne. Following graduation Sonya traveled, and lived in New York City, Philadelphia, and Berkeley, CA, all the while writing and performing the songs that would become her next album: "Out of the Ocean" (available for purchase here.) Recording in her grandparents' secluded lakeside cabin in Connecticut, Sonya worked again with arranger/engineer Chris Kiehne to produce an album of stark and sorrowful folk, which received positive critical attention.

Following a whimsical invitation from a longtime friend to head West in late 2006, Sonya packed her bags and embarked on a cross-country tour, playing shows with friend and fiddler Joe Kille along the way. The journey ended in San Francisco, where Sonya only intented to stay for a few months. A few months extended to two years and counting, due to the welcoming artistic community, the beauty of the city and it's surroundings, and a close-knit group of friends that in time has become family.

Shortly after arriving in San Francisco Sonya met the musicians that would become her bandmates: Anna Perlmutter (vocals, violin,) Nick Stargu (classical guitar,) Gabe Dominguez (vocals, flute,) and Sean Jones (bass guitar.) Sonya and her band performed frequently throughout 2007/08, practicing often and perfecting their blend of vocal harmonies, and lush yet delicate arrangements. In early 2008, Sonya approached Scott McDowell, engineer and partner at San Francisco's legendary Hyde Street Studio C, with the project that was going to become "Red River." That summer Sonya and the band entered Studio C; the live chemistry that they had honed and refined over the previous year was captured expertly by Mr. McDowell.

Labeled "The Frida Khalo of songwriting," Sonya's compositions are deeply personal, drawing upon her dreams, family, and love; they often come from a place of profound reverence for the natural world and the creatures of the earth. In singing about wild spaces (rivers, woods, mountains,) and the animals that inhabit them, she hopes to bring herself and others in touch with the sacredness of these spaces, and to contemplate and critique our culture's compulsion to exploit and destroy these creatures and spaces. Throughout "Red River" Sonya also explores the destruction that can occur interpersonally, between family members, and in loving relationships.

Sonya's additional projects have included: vocal harmonies on The Bland Allison's album "The Butcher's Son," (Bloodshake Records, 2006,) Chris Maher's debut album (RIYL Records, yet to be released,) and The National Lights' "The Dead Will Walk, Dear," (Bloodshake Records, 2007.) She is currently a member of Gabe Dominguez's SHAKE YOUR PEACE!, a band and social activism project committed to sustainable musicianship, in which she sings back-up vocals and plays guitar.

Sonya has played many shows in and around New York City and San Francisco. In the past couple of years she has been peforming in more unconventional spaces, such as mountaintops, living rooms, gardens, campfires, community centers and a cave by the sea. She is most inspired to share her reflective music in these community-oriented settings. She has been on a bicycle tour of half of the state of Utah, and a walking tour along the California coast, with SHAKE YOUR PEACE! She is excited to further explore these alternative touring methods because of their reduced envirmonmental impact, and is currently planning a tour of the Northeast by train and foot.
Read more on Last.fm. User-contributed text is available under the Creative Commons By-SA License; additional terms may apply. 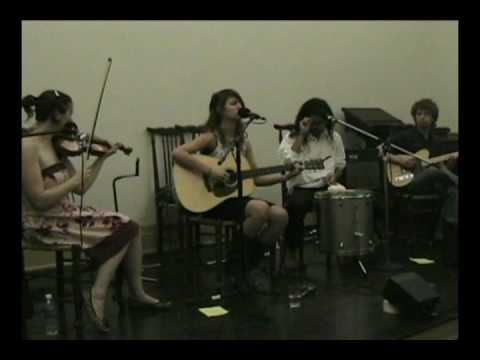 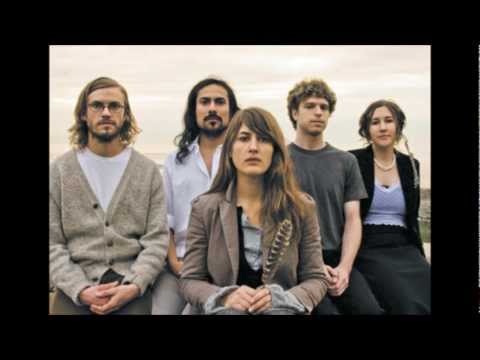 Sonya Cotton The Dim And The Dark Light