Discovered by firebrand rapper Sage Francis, the Solillaquists' combustible live presence prompted the world renowned MC to take them along on two global tours. Steered by machine-gunning MC and Vocal Polyrhythmatician Swamburger, The Solillaquists achieve lift-off with the fervent virtuosity of MPC (MIDI Production Center) whiz DiViNCi. Yet the urgency of this group's approach is keenly tempered ...with the harmonic vibrance of Alexandrah's soulful vocals and the spoken contemplation of Tonya...

Discovered by firebrand rapper Sage Francis, the Solillaquists' combustible live presence prompted the world renowned MC to take them along on two global tours. Steered by machine-gunning MC and Vocal Polyrhythmatician Swamburger, The Solillaquists achieve lift-off with the fervent virtuosity of MPC (MIDI Production Center) whiz DiViNCi. Yet the urgency of this group's approach is keenly tempered ...with the harmonic vibrance of Alexandrah's soulful vocals and the spoken contemplation of Tonya Combs.

Fusing brutally honest messages with a multi-dimensional sound, As If We Existed – built with irrepressible positivity, chest-filling spirit, and body-throbbing rhythm – is a public service announcement with spit. Launched with "The Pledge of Resonance," a poetic musing that links personal action, sound, and truth, S.O.S. focuses in on specific issues, including cultural revolution ("Black Guy Peace"), ethnic alcoholism ("Property & Malt Liquor") and personal wellness ("Our 2 Cents").

A thinking person's brand of the genre – imagine Digable Planets or The Fugees with greater dynamics and a bigger chip on their shoulders – Solillaquists of Sound look to change the world one listener at a time. Leaving music lovers well-grooved, duly enlightened and – quite possibly – inspired, The Solillaquists are a family based on likeness of mind and because of it are, in many ways, more functional than any unit based on bloodline alone. A collective in every sense of the word, the two couples that make up Solillaquists of Sound not only jam together, but actually live together in a slightly overgrown Orlando lake house.

Artistic and intellectual alignment was what cemented the friendship between Swamburger and DiViNCi. They supported each other's art and organized weekly activist meetings at The Culture Mart, a downtown Orlando shop that serves as a community center for the urban underground. But the roots began to take shape when the pair took their provocative thought and put it to a beat. In a cramped loft club called the Bodhisattva Social Club, these amorphous, free-flowing sessions became soul bleeds that went from abstract to freak-out. Collaborating on the conceptual open mic scene, their infamous performances often brought attendees to tears.

Next came Combs – a small-town transplant from New York State – who soon found a forum for her poetry in the Solillaquists realm while giving the troupe its first touch of feminine grace. Following years of close friendship and musical collaborations with Swamburger, Alexandrah had the opportunity to spend some time with S.O.S. when they visited her in Chicago. Two days after their departure, she intuitively quit her four jobs in the city and uprooted to Florida, solidifying Solillaquists of Sound as we know them. They may be four distinct forces but, together, they speak with one large voice.

Although they were lucky enough to find one another, the Solillaquists have known their share of struggle. When their home was destroyed by a hurricane, the members were left with no recourse but to hit the touring circuit as a means of survival. But loss turned to gain when their heady, electrifying performances commanded the attention of industry luminaries. Working diligently, The Solillaquists of Sound came to Francis' attention and before long blossomed from support act to a significant element of Francis' own set.

Be it the gospel-soul dig of the title track – a song the Solillaquists themselves say sums them up in under four minutes – or the tense jungle jump of "Mark It Place," which attacks the subversive politics of advertising while glowing with an Andre 3000 sort of incandescence – the group's urgent, emergent style is undeniable.

Their lifestyles and practices may bring to mind labels we've all heard before, but the Solillaquists of Sound would love to see those labels overshadowed by action and be simply referred to as human. To this, As if We Existed is a profound testament. You won't find any of the lazy, foot-dragging mumbles that pass for rap in these Cristal-ized top 40 days. Laterally meshing intellect, spirituality and action, their music isn't a sermon, it's a harsh mirror and a challenge to elevate that comes in whip cracks of rap and rhythm. Read more on Last.fm. User-contributed text is available under the Creative Commons By-SA License; additional terms may apply. 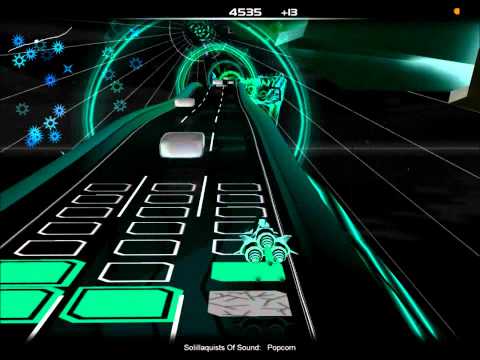