SMAP was first formed in 1988, though their debut single came in 1991. SMAP officially stands for the English words "Sports and Music Assemble People". SMAP originally consisted of the current five members plus 森且行 (Mori Katsuyuki) who left in May 1996 to pursue a career in auto racing.

SMAP was started as an idol group by the famous "Johnny & Associates", a conglomerate known for its "cute boys only" policy. The SMAP members met each other in 1987 and were called "Skate Boys." They were backup dancers for 光GENJI (Hikaru GENJI), which was a popular idol group at the time. In 1988, they formed SMAP. Nakai, the oldest, became the group's leader. Their debut in 1991, in a time when there weren't many music programs, was not immediately successful. Of all of Johnny's groups, SMAP was the least popular. Since SMAP was so unsuccessful, Nakai asked Johnny's office to let SMAP have a variety program to make people laugh with their unique personalities.

The program was called "I Love SMAP." Through this program, SMAP slowly gained popularity. 1993 was a year of opportunities for SMAP. They had a hit single, and SMAP member Takuya Kimura was in a dorama called 'Asunaro Hakusho," in which he played Osamu Toride, a shy cute boy. Asunaro was a big hit and Kimura's popularity soared. At the same time, SMAP also provided the opening ("Egao no GENKI") and ending songs for the anime Hime-chan's Ribbon, and Tsuyoshi Kusanagi appeared in multiple episodes both as himself as the voice of a regular character.

After that SMAP members starred in movies both individually and as a group, and SMAP continued to release new hit singles. Their song "Yozora no Mukou" is now in some Japanese textbooks.

In 1996, SMAP started their own variety program called SMAP X SMAP (also called S x S or SmaSma). On S x S, they cook, perform in comedy sketches, play games, sing, dance, and so on. S x S has been one of the most well-known TV programs in Japan since it started. The members of SMAP did things on the show that Japanese celebrities had never done on television before, steering Japanese television in new creative ways and creating even more publicity and popularity for the group. As "the super idol group that does anything", they began starring in a wide variety of programs ranging from live stage to music, dancing, hosting other programs, acting in movies, commercials, etc.

In 2001, Inagaki was involved in a traffic altercation. There were allegations of wrongdoing on his part, and he briefly retreated from the public spotlight. However, the ultimate result of the incident was to put SMAP in the public eye once more, which only increased their popularity. Inagaki has since made a comeback, and starred in a 2004 drama about a fictional Japanese investment banker killed in the events of September 11.

SMAP members are said to be the most famous stars in Japan. Though a comparison to American groups like The Backstreet Boys is not entirely musically inaccurate, even at the peak of their popularity, no American boy band has come close to the pervasiveness of SMAP. To give a sense of the popularity (and ubiquity) of SMAP, note that in 2003, SMAP leader Nakai was identified as the highest tax payer of any entertainer in Japan by the Japanese National Tax Bureau. That same year, he was involved in at least four television shows simultaneously, in addition to commercials.

There were speculations that SMAP would disband following Takuya Kimura's announcement of his marriage and Goro Inagaki's traffic altercation in 2001. Although they did not release even a single in 2004, the popularity of SMAP is still strong. This is reflected in the charts, where both their latest album and a recent single (017 SAMPLE BANG! and BANG BANG! バカンス!) topped the respective daily charts just moments after their release.

These releases were followed by the album "Pop Up! SMAP!" in 2006, which included the popular single "Dear Woman" used in a commercial for Tsubaki face care.

In 2007 musical activities seemed to have quieted down, with all members busy with other projects like TV dramas and movie, but the two singles of that year, "Arigatou" for Tsuyoshi's drama "Boku no aruku michi" and "Dangan Fighter" used a a theme for the TBS baseball coverage, again were major hits.

Besides more hit dramas in 2008, the singles "Sonomama/White Message" and "Sono toki, kitto yumejanai" were release, followed by a short surprise tour and a new album called "super.modern.artistic.performance" with it's release in September 2008. Read more on Last.fm. User-contributed text is available under the Creative Commons By-SA License; additional terms may apply. 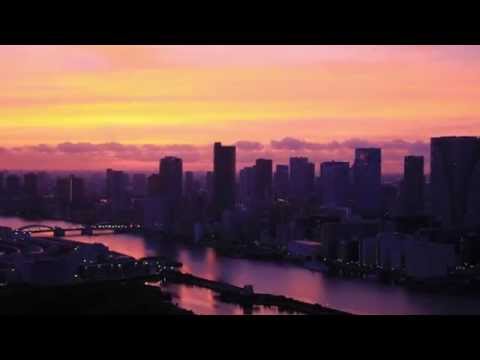