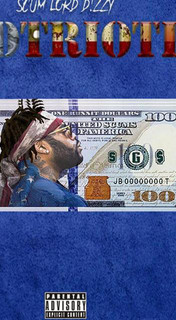 There are at least four bands, one rapper, one singer/rapper and one Harsh Noise artist and one oi band which have or had this name: #1: Finnish Death Metal band that released two full-lenght albums; Mother Nature (1994) and Purple Dreams And Magic Poems (1995). Band also recorded third full-lenght album, Garden Of Shadows, but it was never released, mostly cause bands split-up. Bands other releases were "Extreme Analcore Torment" Demo (1992) and "Voyage In To Depths Of Sanity/Macabre Moors Of...

There are at least four bands, one rapper, one singer/rapper and one Harsh Noise artist and one oi band which have or had this name:

#3:
Back in 2005 some members from hugely different sounding bands; Emperor (Black Metal), MindGrinder (Death / Black Metal), Zyklon (Death / Black Metal), Turbonegro (Hard Rock / Metal) and Amen (Punk) joined to record Gospels For The Sick, an album consisting of 10 songs with a 'Slayer meets the Sex Pistols' feel to it. Their CD was recorded in one single session in 2004, and they have only had one live performance, at a Norwegian festival (Øya festivalen) in the summer of 2005.


#4:
An Italian metal band. This band is the result of years of effort and hard work, carefully choosing members, and finding their own sound. Leonardo Priori came with previous experience from another band, but there nothing was working properly. There were too many differences in musical tastes between the members, which stopped them getting anything done. Stefano Mascioli joined them after a couple of years, replacing the previous lead guitarist, and gave the band new support and a very important influence in composition. At the beginning of 1999 the drummer also left the band, and was replaced by Valerio Brescia. So it began. After a few months the first Demo 'Scum ' was released, and thanks to that Cd, they were soon popular with the crowds, getting a fantastic response at every gig. ' Demotour 2000' was recorded just a few months later, and received good reviews on internet. Then, however, the bassist quit, leaving the other members in the shit. So ' Extreme Ratio' was recorded without a bassist, (Stefano played) and for the next 2 years, the band searched for a new bass player, without any luck! Even on 'Welcome' they were still only a three-piece. They were recorded in Milan and Paganico (GR) and producted by Fabio Magistrali. In 2003, finally ' Welcome' was released, and after a few weeks was Top Demo on Metalitalia. In the winter of 2004, Antonello Capone joined the band, and made a very fundamental contribution to the song-writing process. And so started a new and long-deserved era for Scum. They played many gig's, some of them very important, such as the support to Extrema, Mortuary Drape, Subliminal Crusher and Eyeconoclast. Scum has played a lot of shows all over Italy, winning a few competitions along the way, and opening for many important local festivals. They're now working on the new album, which will showcase the bands new sound. Each song has been worked on in minute detail, in order to fully exploit their talent and prove their potential. The album is aimed for release at the end of this year/begin on next year.

#5:
D-Beat raw punk band from Detroit, Michigan. Have released 3 tapes so far, and are currently writing for one to be released on Black Konflik, hopefully sooner than later.

#6:
A horrorcore rapper from Denver, Colorado United States uses this name. His MySpace can be found at: http://www.myspace.com/scumgorehop

#9
Oi band from Yorkshire based around Leeds. They released on album The Fight goes on... before breaking up in 2008. 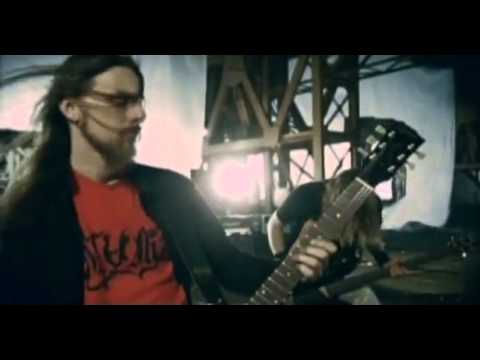