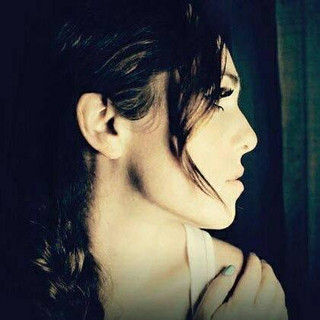 Sandi Thom (born Alexandria Thom in Banff, Aberdeenshire on 11 August 1981) is a Scottish singer-songwriter and multi-instrumentalist. She became widely known in 2006 after a series of webcasts and the success of the single "I Wish I Was a Punk Rocker (With Flowers in My Hair)". Thom has released a series of studio albums including Smile...It Confuses People (2006), The Pink & The Lily (2008), Merchants and Thieves (2010), Flesh and Blood (2012), The Covers Collection (2013), Ghosts (2019). Th...

Sandi Thom (born Alexandria Thom in Banff, Aberdeenshire on 11 August 1981) is a Scottish singer-songwriter and multi-instrumentalist. She became widely known in 2006 after a series of webcasts and the success of the single "I Wish I Was a Punk Rocker (With Flowers in My Hair)". Thom has released a series of studio albums including Smile...It Confuses People (2006), The Pink & The Lily (2008), Merchants and Thieves (2010), Flesh and Blood (2012), The Covers Collection (2013), Ghosts (2019).

Thom attended Robert Gordon's College in Aberdeen. At the age of 17, Thom became the youngest student to be accepted at the prestigious Liverpool Institute of Performing Arts (LIPA). In 2003, Thom graduated from LIPA with a BA (Hons) in Performing Arts. Thom has assisted charity appeals for Oxfam's work in Malawi.

In 2004, Thom moved to London to pursue her song-writing career, working with three co-writers: Jake Field, Duncan Thompson and Tom Gilbert. Thom signed to Windswept Pacific Music in 2005, an independent music publishing company, and its UK arm, P&P Songs, and received 25,000 pounds. She signed a record contract with the small record label Viking Legacy, who released her début single, "I Wish I Was A Punk Rocker (With Flowers In My Hair)" in late 2005. The song failed to garner major airplay or sales and release of her début was delayed.

Thom subsequently accepted an offer by Sony. This led to the single re-release being delayed until May, when it was released on Sony's RCA label. The news of this broke on 3 April 2006, the official signing itself being webcast. The single was placed on Music Week Daily's playlist that day. Paul Kelly of the Independent and others have questioned how she was able to sustain production of the webcast, and it viewership figures. Her manager, Ian Brown, in an interview with the Guardian, said the idea came from her, whilst her management and Music PR team, Quite Great Communications, claim to have conducted a large publicity campaign, including a million "virtual flyers". Thom described Streaming Tank as "friends of my managers", since she could not have afforded commercial rates for the streaming. Craig Logan, the managing director of RCA said that the label was "drawn to" Thom after hearing of the webcasting, as has Thom herself.

Following her online webcast concerts from her basement in Tooting, "I Wish I Was A Punk Rocker" was re-released on 22 May 2006, on RCA Records UK. The song had been gaining in airplay exposure, and on download sales it achieved #15 in the general charts (and #7 in the official downloads chart). The physical release had three formats: two CD versions (one featuring the radio mix and "A Light As Bright As Ours", another featuring the radio mix, the album version, a further remix, "May You Never" and the video), and also as a 7" vinyl record backed with "No More Heroes". In the week of 22 May, the song reached #2 in both charts. She performed on Top of the Pops on 28 May, making her major terrestrial television début, and on 4 June, the song replaced the deleted "Gnarls Barkley" single "Crazy" at #1 in the singles chart. Her début album, Smile... It Confuses People was released in the United Kingdom on Monday 5 June 2006, and débuted at number one in the chart dated 11 June, selling over 700,000 copies worldwide. The song was later nominated at the Brit Awards for Best British Single. In the Republic of Ireland, "I Wish I Was a Punk Rocker" entered the singles chart at #10 (week ending 25 May 2006), and rising to #2 in the following week (ending 1 June), and then to #1 the week after, but was then knocked off the top spot by Shakira's "Hips Don't Lie". The single also enjoyed success overseas, where it reached number 1 on the Australia "ARIA Charts" for ten consecutive weeks making it Australia's highest selling single of 2006.

"I Wish I Was A Punk Rocker" was the 47th biggest selling UK single (as of January 2009) from a female artist since 2000 according to the Official Charts Company. The follow-up single "What If I'm Right" reached the lower reaches of the charts, but "Lonely Girl", the third single from the album, failed to enter any charts.

In May 2008, Thom released her second album, The Pink & the Lily, preceded by the first single, "The Devil's Beat".

A compilation album, The Best of Sandi Thom, was released by the Sony/BMG in July 2009 without Thom's consent to fulfil contractual obligations.

Thom's third studio album, Merchants and Thieves, was released independently in May 2010 with "This Ol' World" (featuring guitarist and then boyfriend Joe Bonamassa) as the lead single.

Thom's fourth studio album, Flesh and Blood, was released in September 2012. The album was recorded in Nashville's 16 Ton Studios and features The Black Crowes guitarist Rich Robinson as guest producer, and other musicians such as Audley Freed and Rolling Stones saxophonist Bobby Keys.

Her fifth studio album, The Covers Collection, was released in November 2013 and was publicised as an acoustic collection of songs that Thom listened to as a teenager, including Nirvana, Guns N' Roses, Pearl Jam, Heart, and Fleetwood Mac. Thom played all instruments on the record and produced the album.

Her album Ghosts was released in 2019. Read more on Last.fm. User-contributed text is available under the Creative Commons By-SA License; additional terms may apply. 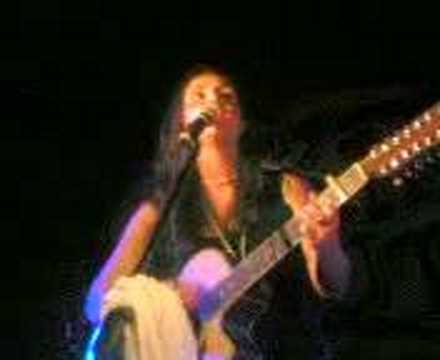 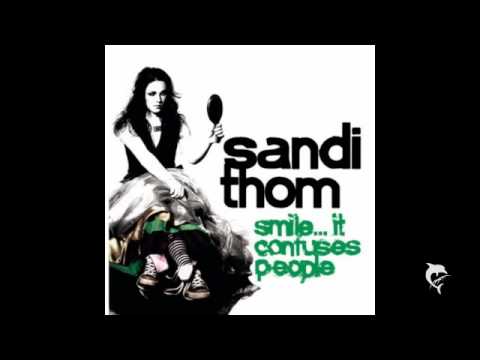 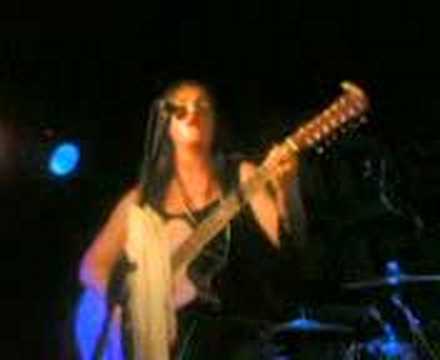 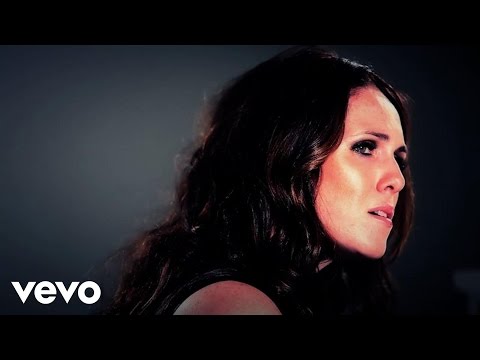 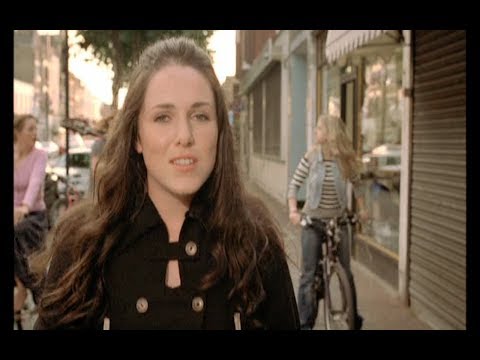 Sandi Thom - I Wish I Was A Punk Rocker (Official Video)