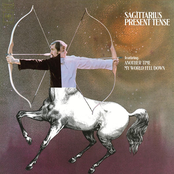 There are three artists listed on Last.fm under the name of Sagittarius. 1) The first is a 1960s studio group from the U.S., created by songwriter and record producer Gary Usher with involvement from Curt Boettcher 2) The second is a German neoclassic band. 3) The third is a progressive rock band from Norway. 4) SagittariuS is a Melodeath metal band from Vilnius (Lithuania) 1) Sagittarius was a late-60s studio group devised by producer and songwriter Gary Usher. Usher had been involved with...

There are three artists listed on Last.fm under the name of Sagittarius.

1) The first is a 1960s studio group from the U.S., created by songwriter and record producer Gary Usher with involvement from Curt Boettcher
2) The second is a German neoclassic band.
3) The third is a progressive rock band from Norway.
4) SagittariuS is a Melodeath metal band from Vilnius (Lithuania)

1) Sagittarius was a late-60s studio group devised by producer and songwriter Gary Usher. Usher had been involved with music as a songwriter since the early 60s (including writing lyrics for some of Brian Wilson's earliest songs), and soon branched out into production work. After considerable success as a producer, he eventually became a staff producer for Columbia Records. It was at this position that, during 1967, he found himself producing the pop group Chad & Jeremy. They had played him several songs, which he felt lacked any commercial potential. He had heard a demo around that time for a song called "My World Fell Down" (also recorded by British pop group The Ivy League), and he played it for them, thinking that it was a sure-fire hit. They balked at the idea of covering the song, and Usher felt that, if they weren't going to record it, he'd do it himself.

So, he brought in the top Los Angeles session musicians, as well as drafting friends such as Beach Boys touring alumni Glen Campbell (who did the lead vocal on the track) and Bruce Johnston for vocals. He finished off the recording by adding a musique concrete bridge. He presented it to Columbia executives under the group name Sagittarius, named after his astrological sign.

The single, despite the uncommercial nature of the bridge, did manage to reach #70 in the national charts, and when there was pressure from Columbia for the group to tour, it was revealed that a group didn't exist. Usher did, however, start working on an album for Columbia under the Sagittarius name. Most of this work was done in conjunction with a young songwriter, producer and musician named Curt Boettcher.

Usher had met Boettcher when he was working with a group that he led and produced called The Ballroom. The group was signed to Warner Bros., and they recorded an album which wasn't released at the time. Usher, however, was impressed enough by Boettcher's talents that he utilized him as a songwriter, musician, and producer (indeed, two of the album's tracks were the same recordings made for the unreleased Ballroom album, though they appeared in stereo) throughout the album.

Prior to releasing an album, another single appeared, with the song "Hotel Indiscreet" as the a-side (it should be pointed out that the b-sides for all of the Sagittarius singles for Columbia consisted of instrumental jams that Usher had originally recorded for another studio project called The Astrology Album). As was the case with "My World Fell Down", the bridge featured an unrelated comedy bit by The Firesign Theatre, another recent Usher discovery, but unlike the previous single, it failed to chart.

In 1968, the Present Tense album was released, though it was a commercial failure. Due to the fact that Clive Davis disliked the usage of musique concrete in the two singles, Usher removed these segments from the album versions (though it is worth pointing out that the album version of "My World Fell Down" featured a few bars of additional music between the first and second verses that didn't appear in the single version, and both were mixed in stereo for the album).

However, in 1969, Usher made a bold move in deciding to leave his job at Columbia Records in order to start his own label, Together Records. Once again, Usher started work on another Sagittarius album, The Blue Marble, but this time, he contributed more as a musician, particularly as a vocalist. As he had done with the Byrds album The Notorious Byrd Brothers, he made extensive use of a Moog synthesizer throughout the record.

A cover of "In My Room", culled as a single from The Blue Marble, became a minor hit, peaking at #86 on the charts, though the album itself failed to chart. Several more non-album singles were released by Together Records, but the death of the label guaranteed the obscurity of later Sagittarius material.

Both Sagittarius albums have been reissued on CD, and both contain bonus tracks (including single versions of Sagittarius songs, which differ considerably from the album versions in some cases).


2) Sagittarius (Germany, neoclassic): The idea to form the music project which turned out to become Sagittarius evolved in the end of 1998. Back then project founder Cornelius Waldner felt the urge and need to work more intensively with classical music and soundscapes and to musically interpret traditional pieces of literature dear to him.

After two cassette releases in 1999 and 2002, Sagittarius's debut LP "Die Große Marina" saw the day of light in April 2003, being released by the German publishing house Renovatio Verlag in 300 copies on heavy white vinyl, clad into an elegant gatefold-package. It was a conceptual composition based on Ernst Jünger's novel "On The Marble Cliffs", but should not be understood as an attempt to put the entire book into music, instead, selected scenes and passages were picked out and inspired Sagittarius during the process of creation. Apart from six own compositions, the album also included musical pieces by Ion Manzatu, Simion Lefter and Ludwig van Beethoven.

In June 2008 Marcel P. joined Sagittarius as a permanent member. Right now the project is working on its third full-length CD "The Kingdom Come". Even more influenced by the intellectual world of the German poet Stefan George, the new album will contain 12 compositions standing in the tradition of the classic European art song. Once again Sagittarius will be joined by a number of highly skilled guest musicians, underlining the projects role as sophisticated musical interpreters of traditional German and European word art.


3) Sagittarius is a Progressive rock band from Norway.
Visit www.sgtrs.com to read more about this band.
Also visit www.myspace.com/sagittariusnoaidi for samples of the newest songs,
and some old material. 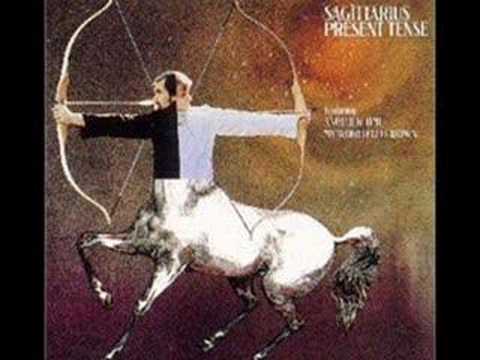 My World Fell Down 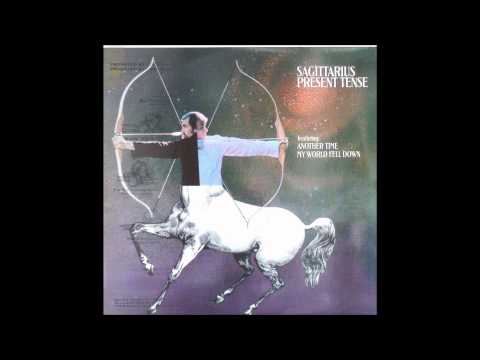