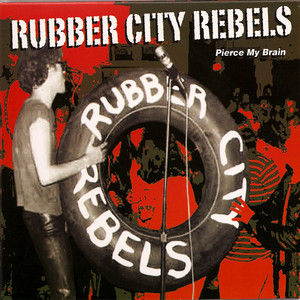 Biography The Rubber City Rebels are cult legends from Ohio. Part of the class of '77 that included Devo, The Dead Boys Pere Ubu and others. Musically they align with the other seventies bands that had solid, hard rock roots before transitioning to Punk, New Wave and Power Pop. These bands include the Sex Pistols, The Vibrators, Ramones, The Dead Boys, The Dictators and Radio Birdman. Whereas later punk outfits might claim The Clash as an influence. These bands would more likely cite Alice Coop...

Biography
The Rubber City Rebels are cult legends from Ohio. Part of the class of '77 that included Devo, The Dead Boys Pere Ubu and others. Musically they align with the other seventies bands that had solid, hard rock roots before transitioning to Punk, New Wave and Power Pop. These bands include the Sex Pistols, The Vibrators, Ramones, The Dead Boys, The Dictators and Radio Birdman. Whereas later punk outfits might claim The Clash as an influence. These bands would more likely cite Alice Cooper, The Stooges, The Flamin' Groovies, AC/DC, Black Sabbath, Blue Cheer and the "Nuggets" one hit wonders like 13th Floor Elevators, The Troggs and The Amboy Dukes.

The Rubber City Rebels, although not as well remembered as many of their colleagues from the era, have an amazing history that continues to play out to this very day. Many of their contemporaries are unfortunately unable to tour at all, much less put on a compelling show. Not so the Rebels. They have toured the US, EU and Japan consistently since 2001, and garnered rave reviews, articles and audience appreciation all over the world. They have also released new product since 2003 that has resulted in a whole new generation of fans. In 2003 the band released a new album of 12 songs on the Smog Veil label. The title track "I Wanna Pierce My Brain" was included on the Tony Hawk Underground soundtrack and was featured in Activision's national television spot for the new game during it's pre christmas ad blitz. That game went on to sell millions of copies and is still a huge franchise for Activision. Another track, "I Don't Wanna Be A Punk No More" from the same album has been in regular rotation and is a favorite on Sirius Radio's Little Steven's Underground Garage since it release, being a favorite of DJ and Dictator's front man Dick Manatoba and a featured "Coolest
Song in the World". You will also regularly hear album tracks of theirs on XM's Faction show.

During the 2005 EU tour in Spain the band was extensibly covered by the national rock press and given their own half hour National TV broadcast on a Spain's version of Austin City Limits. This show is also heavily syndicated in Latin America.

In Japan, two retrospective CD's on the bands career were released in advance of their first Japanese Tour in 2005 - The Akron Years and The Hollywood Years. The Rebels played Tokyo two consecutive nights and Osaka to sellout crowds and rabid fans who somehow were able to sing along with all the songs!

The Rubber City Rebels are more well known to musicians than to the general public. This is evidenced by the many covers that have been released by younger bands. One of the bands that has publicly cited The Rubber City Rebels as an influence is Norway's infamous and hugely successful, Turbonegro. Out of tribute to the Rebels, Turbonegro have lifted a few lyrics and musical ideas from the band. During the Rebels EU tour in 2005, the band was joined on stage by Turbo members Hank, and Happy Tom for a rousing version of The Lewd's "Mobile Home". A cover song that appeared on Turbonegro's Ass Cobra album and was penned by the current Rebel's bass player, Bob Clic.

It’s Everything, And Then It’s Gone
PBS documentary tells the story of "the Akron Sound” of the 1970s

In the early 1970s, rubber was still king in Akron, Ohio. But just a few short years later, Akron’s most important product was, ever so briefly, music. In the mid-1970s, a group of local bands took over an old rubber workers’ hang-out in downtown Akron called The Crypt and created a mix of punk and art rock that came to be known as “the Akron Sound.” And for a while, it was almost “the next big thing.” Almost.

It’s Everything, And Then It’s Gone, a PBS production written and directed by Phil Hoffman takes viewers back to a time when the music really did mean everything. And for the men and women in these local bands, it was a way out of the factory.

“This is the story of those people, many of them children of rubber workers, who rode to the crest of the new wave and what happened to them after the attention turned away from Akron and away from them,” explains Hoffman in the opening of the documentary. Over the course of the hour-long program, Hoffman tells the story of bands like Devo, The Numbers Band, The Bizarros, The Rubber City Rebels, Tin Huey and The Waitresses and their flirtation with rock stardom.

The story of “the Akron Sound” and It’s Everything, And Then It’s Gone really begins in the college bars along Kent’s Water Street in the late 1960s and early 1970s. The rise of Kent-based Joe Walsh to national rock'n'roll fame created the feeling that local bands could “make it big” and inspired a movement of original music in groups like The Numbers Band, Devo, Tin Huey and others.

Many of these bands shifted to the Akron scene when The Rubber City Rebels acquired a bar called The Crypt from its previous owner in the midst of a rubber workers’ strike.

“Out of the misery of one of the longest rubber workers’ strikes in the city’s history, an unexpected gift would lead to the development of ‘the Akron Sound,’” says Hoffman.

The Crypt became a haven for the original music of bands such as Devo, Tin Huey, The Bizarros, The Rubber City Rebels and others, explains David Giffels, Beacon Journal columnist and co-author of Are We Not Men?, based on the Akron music movement. The Crypt was modeled after the New York nightclub CBGB’s, home to the then-new sound of bands such as Talking Heads, Television and The Ramones.

Buzz about Akron’s music scene began to grow. The local music movement came to the attention of a British music journalist; soon, the spotlight zoomed in on Akron and record label scouts descended on the city. “None of [the band members] could guess ... that an off-hand comment about Akron by one of their friends would set off a record industry feeding frenzy that would sweep them all up into the world of rock stardom,” says Hoffman. For a short time, it looked like “the Akron Sound” was going to be “the next big thing.” Between 1978 and 1980 nearly every one of the Akron bands would record and release their first major label record, including Devo, The Rubber City Rebels, Tin Huey and The Bizarros.

With the exception of Devo, success was short-lived. While some band members muse that a lack of record label support and promotion might have hindered their success, Meredith Rutledge of Cleveland’s Rock and Roll Hall of Fame speculates otherwise. “You can promote and publicize and tour a band ragged and if people aren't going to buy it, they're not going to buy it,” she explains. “The bands that didn’t sell well just didn’t fit into the taste of the record-buying public at that time.”

“Every one of these bands got plucked from Akron with great aspirations and almost every one of them tanked, except Devo” says Giffels. Devo, instead, became a national phenomenon with hits like “Whip It” and “Jocko Homo.”

It's Everything, And Then It's Gone is a PBS 45 & 49 production. Executive Producer: Don Freeman. Writer/Director: Phil Hoffman.

Suffice it to say The Rubber City Rebels have a lot for The Press to grab on to. Too much even to put in this bio as evidenced by the dual installments that were required to tell The Rebels story in the two issues of Ugly Things that ran in 2008.

"The Rebels ... show us how it's done."-Amplifier Magazine
"I simply demand you seek out all Rubber City Rebels material-before there's a factory recall!"-AMP Magazine
"I say: Good band, good production, good packaging. good label. ...GET THIS!" - razorcake
"this is the most important punk release of this year" - americore magazine
"they've lost none of the snot that made them so great back in the day"-Shedding Paper
"definitely have the Ramones' Presidential Seal of Authenticity stamped all over 'em"-Caustic Truth
"Turning out this gem of 12 straight-up punk 'n' roll tunes and touring have given The Rubber City Rebels a second life."-punkplanet
"forget the comeback "angle," this is a fucking great record by a fucking great band."-Jeff Dahl - carbon 14
" a bona fide punk composition of sneering, snotty songs"-Juice
"simply one of the best and most authentic punk rock records in recent memory" - High Bias
"...everything a punk record should be"-Sandiego Punk
"...one of the best punk albums I've heard in a while."-Utter Trash
"...how it is so many other 'punk' bands can get it so wrong"-The Plague
"this band is doing everything RIGHT."- babysue 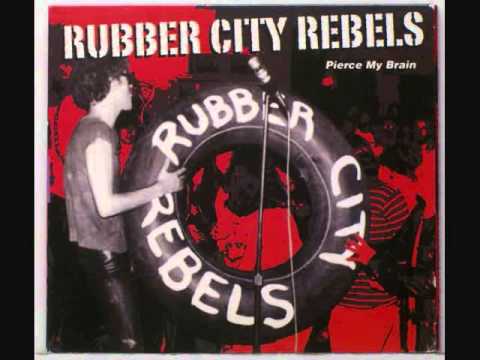 (I Wanna) Pierce My Brain 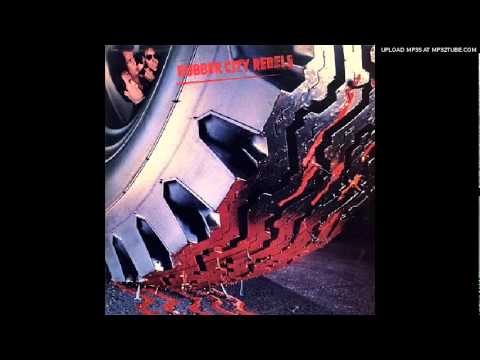 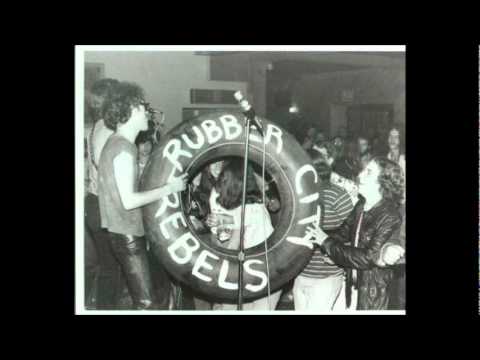 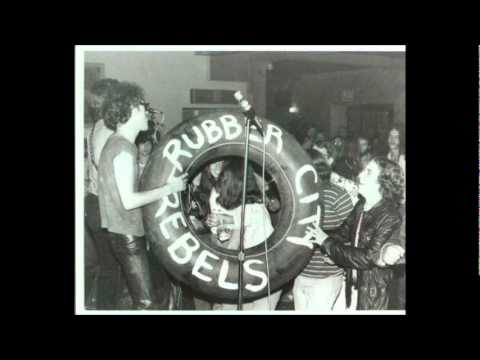 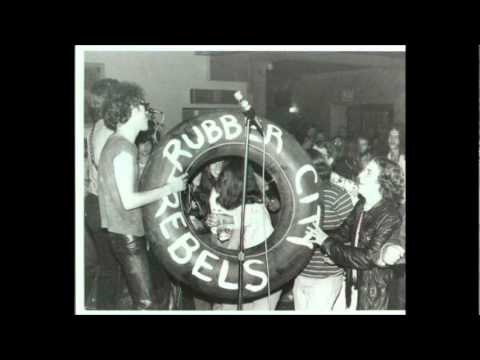 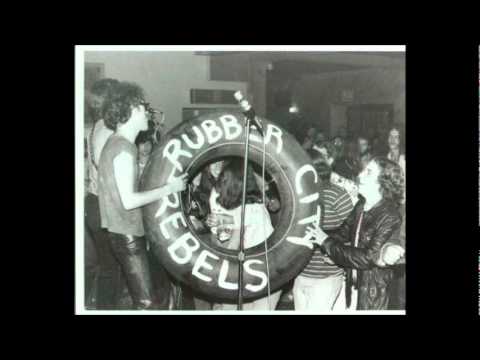 I Don't Wanna Be a Punk No More 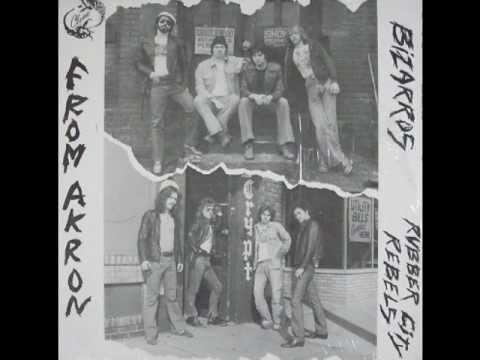 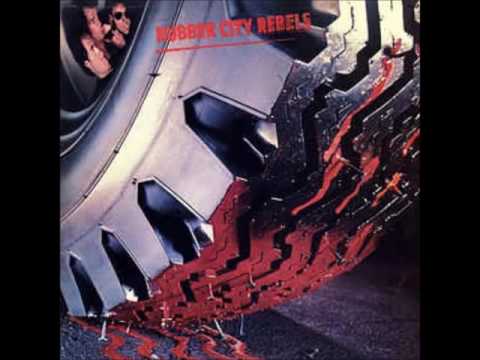 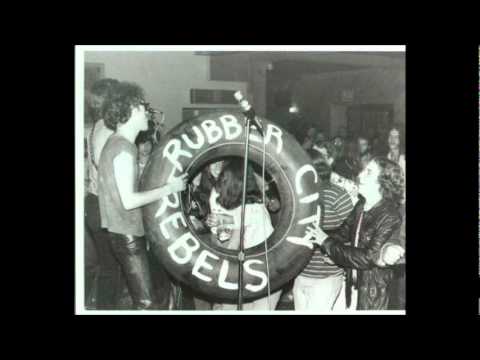 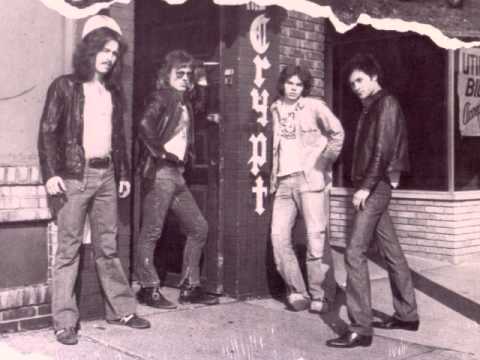 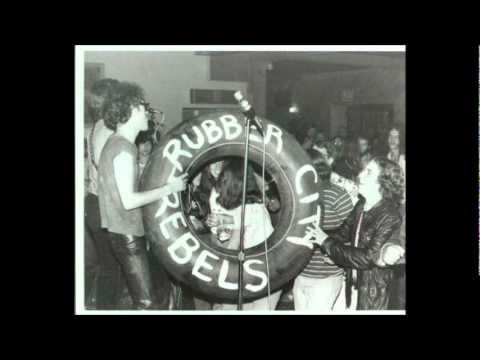 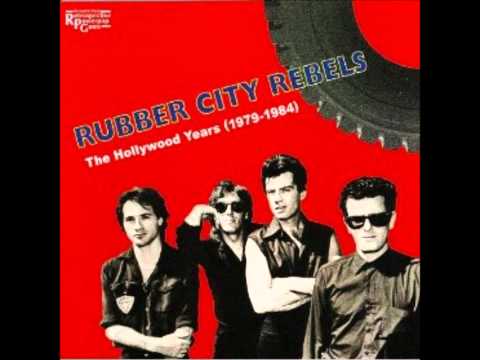