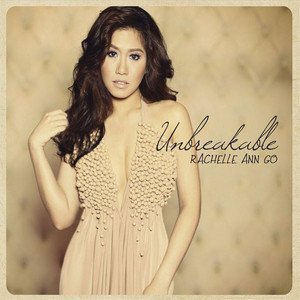 Rachelle Ann Go (born August 31, 1986) is a Filipina singer and Bench model. She rose to prominence after winning Search For A Star, hosted by fellow Filipina recording artist Regine Velasquez. Rachelle was born in Manila, Philippines . Called Shin or Shin-Shin by her friends, Rachelle's interest in singing started at a very young age. Her father predicted even before she turned a year old that she was destined to be a Star. When she turned seven, she underwent vocal training and lessons and, b...

Rachelle Ann Go (born August 31, 1986) is a Filipina singer and Bench model. She rose to prominence after winning Search For A Star, hosted by fellow Filipina recording artist Regine Velasquez.

Rachelle was born in Manila, Philippines . Called Shin or Shin-Shin by her friends, Rachelle's interest in singing started at a very young age. Her father predicted even before she turned a year old that she was destined to be a Star. When she turned seven, she underwent vocal training and lessons and, by the time she was nine, she participated in her very first amateur singing competition and won the first prize, belting out Jennifer Holliday's "And I Am Telling You," in spite of being the youngest contender.

She joined and won several contests. Her television debut on "Eat Bulaga!," a hit noon-time variety show, happened when she was just eleven. She competed in the show's contest "Birit Baby" where young aspirants belt out vocally challenging songs. She ended up receiving the runner-up award singing Céline Dion's version of "All By Myself".

In 2003, Rachelle auditioned for a talent search show on television, Search for a Star. Rachelle passed the auditions and made it as one of the twelve finalists. On March 13, 2004 Rachelle was announced as the grand champion singing her rendition of Mariah Carey's "Through the Rain". Several weeks from winning, she collaborated with Philippine rap group Salbakuta for a cover of the Laura Branigan 1980s hit Gloria; she then released it as a CD single and became an instant hit. Rachelle performed the song with the group in the Malacanang Palace, alluding President Gloria Macapagal-Arroyo.

In July 2004, Rachelle released her self-titled debut album with the singles "Love Of My Life" and a remake of "Don't Cry Out Loud". It also includes her own cover version of Selena's "Dreaming of You". She was then part of the Night Of The Champions U.S. Tour opposite Sarah Geronimo and Erik Santos. She then released a duet with Christian Bautista entitled "You And Me (We Wanted It All)". She is also a talent of VIVA Entertainment Group and is part of ABS-CBN, The Kapamilya Network'. She was involved in variety shows such as ASAP and ASAP Fanatic.

During November 2004, Rachelle represented the Philippines in the Shanghai Music Festival where she was a silver medalist for her rendition of a Vehnee Saturno-penned song, "From The Start," which won Best Song followed by an astonishing breakthrough in the 2004 Astana Song Festival as she took an award as silver awardee and for the Best Own Country Song for her version of the song, "Isang Lahi."

In 2005, she was named the Best Promising Female Singer by the Guillermo Mendoza Memorial Scholarship Foundation, a prestigious award giving body recognizing the year's best. On April 29, 2005, she earned top-billing on her very first major solo concert hailed as Rachelle Ann Go, The Ultimate Champion. Rachelle delivered an exceptional performance and the concert has received massive accolades and rave reviews. It was Rachelle's breakaway feat from just being part of the Champions Circle. In here she instituted her mark as a solo recording and performing artist. One of the most notable points of the show was Rachelle's take on Regine Velasquez's R2K Concert airborne act, where she was suspended in mid-air as she opened her show. Later that summer Rachelle reunited with her fellow champions for what was to be their last ensemble concert performance to date. The show entitled Pinoy Idols: Return Of The Champions is a series of shows in the United States. The two-month tour featured Rachelle with contemporaries Sarah Geronimo, Christian Bautista, Mark Bautista, Frenchie Dy and other winners of reality singing competitions.

On November 2005, Rachelle released her second album I Care under VIVA Records. At the same time, she hosted the second season of the reality show Search For The Star In A million alongside her fellow champs Erik Santos, Sheryn Regis, and Mark Bautista. The album reached Gold status selling 15,000 copies nationwide.

She recently released her third album entitled "Obsession" with her label, VIVA Records. Rachelle is also set to perform in a Valentine’s show with singer, Christian Bautista in February 2007 at the Aliw Theater entitled You & Me.

In late 2005, Rachelle was rumored to fellow champion Christian Bautista. The romantic balladeer courted her for almost 2 years. They finally became lovers on February 2006. But unfortunately their relationship lasted only for 1 year and 8 months because on November 2007 both of them decided to be "quits" due to the lack of time of togetherness and personality differences. The two remained as "FRIENDS".

VOCAL CAPABILITIES Rachelle Ann Go is known for her exquisite belting ability and her powerful control of her whistle register. She is capable and skilled in hitting high notes and is one of the few Filipina singers equipped and able to hit notes from the fourth to the sixth octave usually done in her famous whistle register. 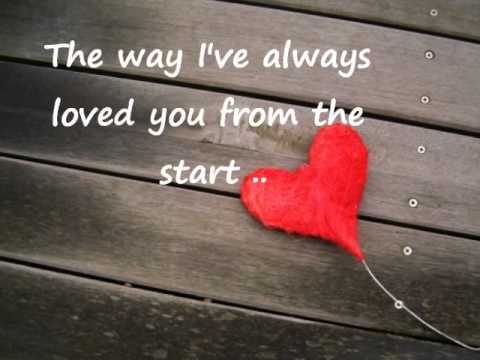