Rachel Stamp is an British glam rock band formed in London 1994 to fight what it saw as bland, conformist music. Rachel Stamp have gained a cult following across the United Kingdom and beyond through constant touring and a string of critically acclaimed independent releases. Their debut album, Hymns For Strange Children was released in 2000 and was followed by Oceans Of Venus two years later. As of 2005 the band is recording its third effort for release early 2006. Current band members are Dav...

Rachel Stamp is an British glam rock band formed in London 1994 to fight what it saw as bland, conformist music.

Rachel Stamp have gained a cult following across the United Kingdom and beyond through constant touring and a string of critically acclaimed independent releases. Their debut album, Hymns For Strange Children was released in 2000 and was followed by Oceans Of Venus two years later. As of 2005 the band is recording its third effort for release early 2006.

In 1994 lead vocalist and bassist, David Ryder-Prangley, met up with guitarist Will Crewdson at a Vanessa Paradis show and quickly formed the band, finding like-minded individuals in the form of Cliff Harris (drums) and Mike Rowe (keyboards). Impressing the management of WEA records with their scratchy, lo-fi demo tape (featuring raw cuts of "Hey Hey Michael You’re Really Fantastic", "Pop Singer" and "Stealing Clothes From Shelley Barrett") the band were soon offered a deal. But sadly for Prangley & Co. it was doomed from the start.

"We were a band wearing make-up when nobody else was" recalls Ryder-Prangley of their brief dalliance with a major recording label,

"and we made an album which was quite experimental because we didn't want to sound like anyone else - and it totally freaked the record company out."
The band's contract was cancelled without even releasing the album the band had recorded. Rachel Stamp picked up where they left off, recruiting new drummer Robin Guy in the process. Unleashing a number of joyously irresistible singles upon the UK, Rachel Stamp trekked up and down the island building cult acclaim and opening slots for No Doubt, Korn and Cheap Trick

After several years of fans demanding an album came the band's debut album, Hymns For Strange Children, recorded in two weeks with John Fryer ,(HIM, Nine Inch Nails, White Zombie) in the producer's chair. Nothing prepared the band for the success of the album and the first pressing sold-out in a matter of days rather than weeks, sending the album rocketing to the top of the NME Independent Chart. Proceeded by two singles, live favourite "Spank" and "Didn’t I Break My Heart Over You" (which cracked the Top 3 of the NME Independent Singles Chart), Hymns For Strange Children solidified Rachel Stamp's growing fanbase in the UK and led them to venture further across Europe.

Upon their return to the UK, the band had become one of the most talked about bands on the rock music scene and the joy and satisfaction that accompanied their labours did not go unnoticed. The single "Monsters Of The New Wave", the group’s most infectious single to date, was subsequently released to critical acclaim and another UK Tour followed, culminating at a sold out gig at the London Astoria.

Taking stock of what the group had built upon, Prangley & co. realised they would need some form of corporate help to get them to the stratospheric heights they desired. With their reputation still tarnished from the WEA escapade, most record companies avoided Rachel Stamp like the plague but along came some help in the form of Pure Stirling. With some new outside input, the group set about gracing the vaults of Pure Stirling with their most ambitious and complete opus to date – Oceans Of Venus.

Released in the spring of 2002 and produced by Rachel Stamp and Rodger Tebutt (Silver Ginger 5), Oceans Of Venus tore up the NME Independent Chart as the band headed out on another UK tour, whilst single "Black Cherry" spread itself across Kerrang TV and MTV2. Along with their own sold out dates across the country, Rachel Stamp enjoyed opening slots for such prestigious acts as Iggy Pop and one of the band’s favourites – The Tubes. Robin Guy handed in his resignation at the end of 2002. Neveretheless the band continues on.

2003 saw the release of Oceans Of Venus across America through independent label, Captiva Records. Without a permanent drummer, the drum duties were kindly taken up by Alan Van Kleef (of Ariel X fame) for a series of low key dates in Texas, the success of which saw the band back in the States again at the end of the year for inclusion on the United II Tour. The United II Tour took the band all over the USA gaining many new fans, among them being Bob Ezrin – known for his work with KISS, Pink Floyd & Jane’s Addiction who deemed the record "the most brilliant rock record to come out of the UK in ages".

Upon their return to the UK, the band went straight into the studio cooking up an album entitled Queen Of The Universe and backed with a slice of "true heartbreak rock ‘n’ roll", the divine "Honey" became the band’s first double A side single. With a new album on the horizon and still firmly in command of an army of devoted fans, it seems that the target of world domination is never out of the question for this special group of individuals. 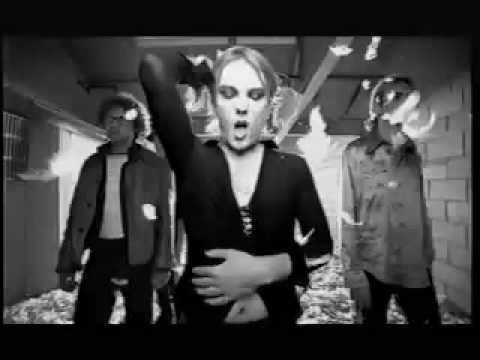