Not much was ever written about Porcelain Bus while they were around in the ten year period 1981 to 1991. Since then little has become virtually nothing. And that’s a tragedy, because this was a terrific band that didn’t deserve to be lost amongst Sydney contemporaries like Died Pretty, the Celibate Rifles, New Christs, Happy Hate Me Nots, and a host of other bands that shared the Citadel label with them or appeared on other local labels. A couple articles do come to mind, and from them and from...

Not much was ever written about Porcelain Bus while they were around in the ten year period 1981 to 1991. Since then little has become virtually nothing. And that’s a tragedy, because this was a terrific band that didn’t deserve to be lost amongst Sydney contemporaries like Died Pretty, the Celibate Rifles, New Christs, Happy Hate Me Nots, and a host of other bands that shared the Citadel label with them or appeared on other local labels. A couple articles do come to mind, and from them and from conversations with former band members Rob McKiernan and Ian James, a reasonably complete picture can be sketched. One of these articles was a 1985 interview with David Tamsitt in the crucial Sydney fanzine B Side, and the other was in Melbourne’s Lemon, written in 1989 by Louis Dickinson.
Porcelain Bus actually began in 1980 when Rob, Ian and bassist Paul Patrick got together while still in school. They began stumbling about trying to play, influenced both by their local favorites and also by overseas groups ranging from
straight rock bands like the Who and the Flaming Groovies, to more off center groups like Pere Ubu, Wire, the Soft Boys, Velvet Underground and the Feelies, to country-edged pop/rock like the Long Ryders and early REM. An eclectic mix, and one that
contributed heavily to the unique sound that Porcelain Bus came to have.
The debut single in 1986 launched Porcelain Bus into the midst of a heady time in Australian rock. Overseas recognition of the Australian underground (especially in
Europe) was beginning to happen in a significant way, and having a single in the first 25 ever released by the prestigious Sydney label Citadel put Porcelain Bus in
the company of labelmates like the New Christs, the Stems, Died Pretty, New Race, the Lime Spiders, the Screaming Tribesmen, the Lipstick Killers, the Bamboos, and the Moffs, assuring that many fans would buy their record just because of the company it kept. When they got it home, they’d invariably find that their trust had been well placed. The single was quickly licensed for release in France by Teenage Records, a
spinoff of the excellent French indie label Closer. In those days releasing a single was a big deal, and many indie bands came along slowly where recording
was concerned. So for Porcelain Bus, their next recording wasn’t for another year when they released the 1987 single pairing “The Well Is Dry” with “The Hands Have Control”. Recorded in February, the A side of this single is a subdued ballad that could almost
be called a folk record if it wasn’t for a strong electric middle eight. Ian’s deep baritone vocal dominates the track. The flip is another story altogether. Beginning with a roar of feedback from Rob and a barbaric scream from Ian, the song is one of the killer Porcelain Bus rockers. The verse by itself powers, but there’s a guitar
bit that leads into the chorus that makes the entire song soar into another dimension. All in all, a wonderful single with two very different tracks that each work magnificently. Porcelain Bus were back in the studio in July of 1987 to record the six songs that would
become the Steel Bros. mini-lp. A strong record at this point probably would have locked Porcelain Bus into the same level of critical and commercial regard as bands like Died Pretty, but although it’s a pleasant enough record, Steel Bros. just isn’t the best that
Porcelain Bus had in them. A couple years later a German Citadel release handled
by the Normal label would combine the six tracks from Steel Bros. with both sides of the first two singles to make a very solid full length CD called Sacred Relics.
This CD is well worth having since it also includes a lyric sheet… indispensable for decrypting those early tracks. Overall, Steel Bros. is a record that would satisfy those
who were already fans but be less convincing to the uninitiated. To those hoping for another Australian masterwork, it came as a bit of a disappointment. But those who kept their allegiance to the band were rewarded, because it turned out that Porcelain Bus did
indeed have a classic record in them, and that record was the brilliant 1988 lp Talking To God. The ten songs on this lp fit together perfectly, with a great mix of
strong rockers and softer tracks. It was their fourth time in the studio and third working with Died Pretty guitarist Brett Myers as producer (Rob Younger had done the first single), and it seemed that everyone had learned their role well by this point. The songs have a great sense of dynamics, something that hadn’t always been there before.
After Talking To God Porcelain Bus made a heavy commitment to making things happen, touring heavily in Australia. But as often happens, the big push to break things open created fissures in the band, and out of one crack popped John Nolan, who quit as drummer. Adam Toole was recruited to replace him, and the band went to record their second lp in February 1990. The resulting eight song collection, prophetically entitled
Fragile, sounded like another strong record to these ears but apparently not to the band.
Shortly after releasing Fragile, Porcelain Bus toured Europe to enthusiastic crowds. Their records were released in Germany, and superficially things were
looking good. But on returning to Australia, the band folded. Ten years is far more than the lifetime of most bands, and all eventually come unglued. But the legacy that Porcelain Bus left is too good to be forgotten as easily as it seems to have been. Read more on Last.fm. User-contributed text is available under the Creative Commons By-SA License; additional terms may apply. 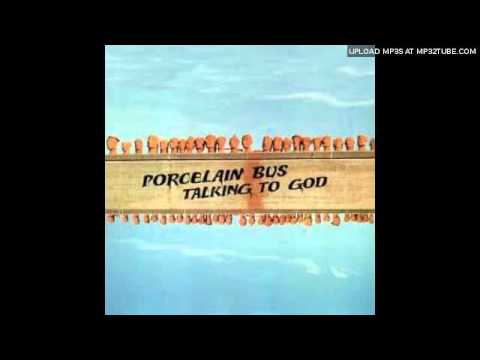 Can't work it out 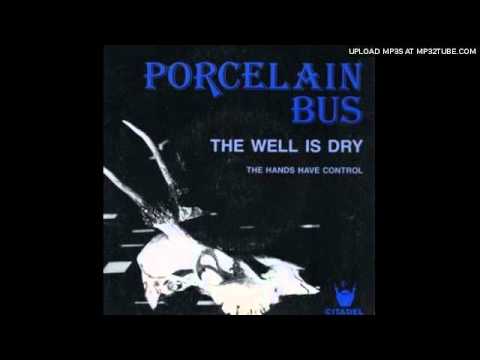 The Well Is Dry 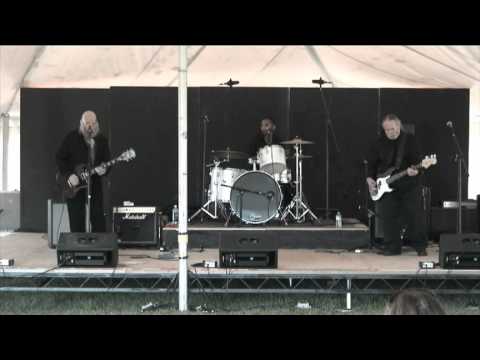