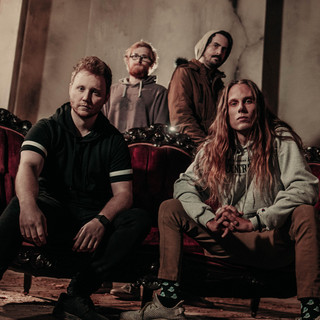 Outline In Color is an American post-hardcore band from Tulsa, Oklahoma. The band has released four albums, two of which have reached the Billboard charts. Outline In Color was formed in August 2009 by harsh vocalist Trevor Tatro, clean vocalist Jonathan Grimes, guitarists CJ Cochran and Forrest Mankins, keyboard player Michael Skaggs and drummer Austin McFerrin. On September 28, 2010, they self-released their first EP, produced by Joey Sturgis, with bass parts contributed by Tatro. The six-tra...

Outline In Color is an American post-hardcore band from Tulsa, Oklahoma. The band has released four albums, two of which have reached the Billboard charts.

Outline In Color was formed in August 2009 by harsh vocalist Trevor Tatro, clean vocalist Jonathan Grimes, guitarists CJ Cochran and Forrest Mankins, keyboard player Michael Skaggs and drummer Austin McFerrin. On September 28, 2010, they self-released their first EP, produced by Joey Sturgis, with bass parts contributed by Tatro. The six-track self-titled comes with a cover version of Lady Gaga's Bad Romance, but is also sold as a five-track digital version on iTunes, with the Lady Gaga cover being sold separately.

By February 2011, Jonathan Grimes had announced his departure from the band because he didn't want to be in a touring band at the time. His replacement was K.C. Simonsen, who dropped out of the Berklee College of Music to join the band. In July, the band began recording their first full-length release. Initially, they planned to record it with Tom Denney, but due to schedule issues, they instead worked with Andrew Wade. Around November 2011, Skaggs took on the position of bass player.

In mid-2012, the band released two re-recorded tracks from their EP. "Every Boy Should Collect Knives" was completely re-mixed and "No Bleeding On the Carpet" was given an acoustic rendition. The same year, the band announced their first new single from their upcoming debut album Jury of Wolves. The song, called "I Ain't Afraid of No Ghost", featured Matty Mullins of Memphis May Fire. Two weeks later, the band released the album's title track as a second single. On September 25, Jury of Wolves was released through BRKN Records. The physical US version of the album includes eleven songs, the iTunes version comes with three bonus tracks; an acoustic version of "The Good In Me", a new song called "Tapdance At Knuckle Junction" and a cover of *NSYNC's "It's Gonna Be Me". The Japanese version has a different cover art and includes 15 songs; all 14 of the iTunes version and the re-recorded version of "Every Boy Should Collect Knives".

In mid-2013, the band signed to StandBy Records and released their first stand-alone single with the label in October, "I Am My Own Invention".

In 2014, the band announced their second album to be released in June of that year, with Cameron Mizell being the producer. Masks was released on June 23, 2014. This was the first time Jonathan Grimes had sung with the band since 2011; he is featured on the track "Water In the Desert". The physical edition of the album has twelve songs, although the last song, entitled "55", isn't listed on the release. The iTunes version of the album's first song is called "Between the Devil and the Deep Blue Sea", but the physical copy titles it "Live to Tell". The Japanese version of the album has different cover art and includes two bonus tracks; acoustic versions of "I've Had This Dream Before" and "The Souvenir Scheme".

In February 2015, the band released a Japanese only stand-alone single called Fever Frenzy, accompanied by a music video.

In July 2015, the band announced that their third album, Struggle, was to be released sometime in early 2016. The first single was released in February 2016, entitled "Eat Your Heart Out", and the second single, entitled "Alive", was released only days later. Struggle, again produced by Cameron Mizell, was released on March 11, 2016. After the release of Struggle, the band ended their contract with StandBy Records. In December 2016, the band released a statement on Facebook, saying that they had fired their clean vocalist K.C. Simonsen due to his alcohol abuse.

In early 2017, the band announced a side project with most of its members called "Shamecult". Their first EP was released through Stay Sick Recordings in November 2017. In September 2017, the band announced they had reunited with previous clean vocalist Jonathan Grimes and released three new singles; "Three Knee Deep", "Year 8" and an acoustic version of "The Chase Scene".

In January 2018, the band released their cover of Ke$ha's "Learn to Let Go" as part of We Are Triumphant's new cover album, Got You Covered, Vol. 2. Outline In Color toured Japan in June 2018 with rapper Kyle Lucas. On September 3, 2018, they released a cover of My Chemical Romance's song "Thank You For the Venom" as a part of We Are Triumphants cover album Three Cheers For Sweet Revenge.

On January 11, 2019, the band announced that their new album, entitled Outline In Color, would be released on February 8 and that the first 250 copies pre-ordered would come with autographs from the band. The first song released along with the announcement was "Broken Record". On January 25, the band released the second single of the album, entitled Not Enough. The album itself was released in physical and digital version on February 8, 2019. It was the last album to feature drummer Nick Taylor, who left the band in July that year. His replacement for the live shows was original drummer Austin McFerrin, who then rejoined the band in September 2019. On November 6, unclean vocalist Trevor Tatro announced his departure from the band due to personal problems. His position was filled in by bassist Michael Skaggs. In turn, clean vocalist Jonathan Grimes took on Skaggs' role as bassist.

Their first song as a quartet, titled "Ghost of You", was released on February 28, 2020, along with an announcement that they had founded their own label, BRKN Records, and subsequently signed to it. At the same time, the band also completed their next release, a five-track EP titled "Imposter Syndrome". Its first single, titled "Breaking the Silence", was released along with a music video on May 15, 2020. Also published on that day were the EP's title, cover, track list and release date of July 10, as well as the title and release date of the EP's second single, "Alibi", which was released on June 6. 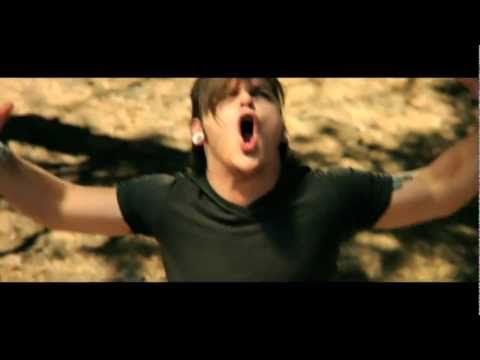 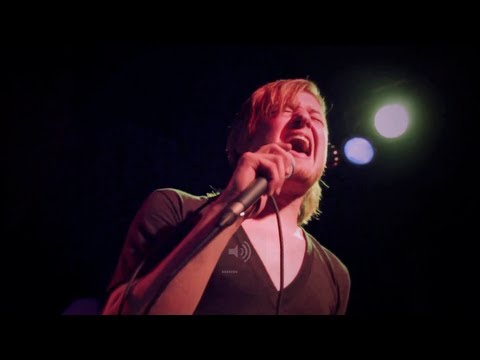 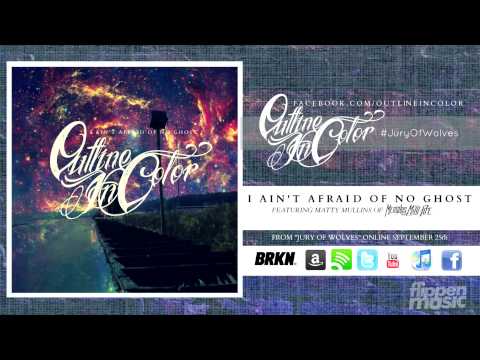 "I Ain't Afraid Of No Ghost" ft. Matty Mullins 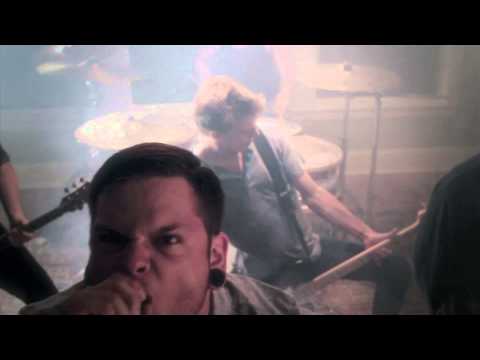 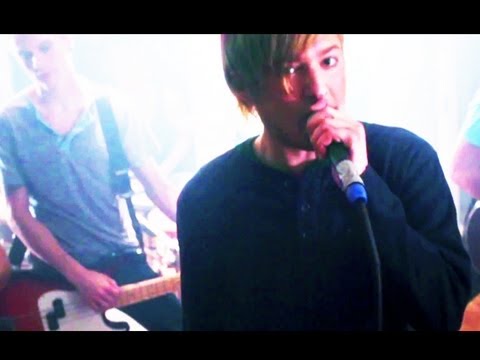 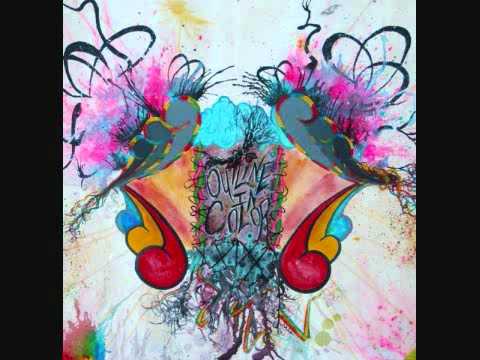 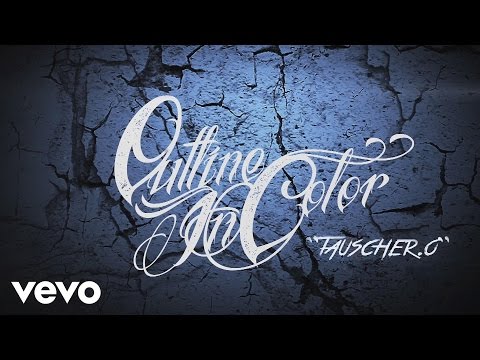 I Am My Own Invention (Tascher.0) (Lyric) 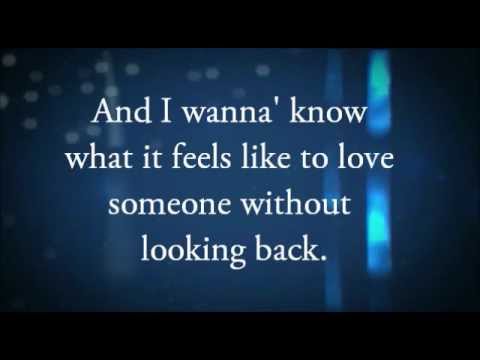 I've Had This Dream Before (With Lyrics) 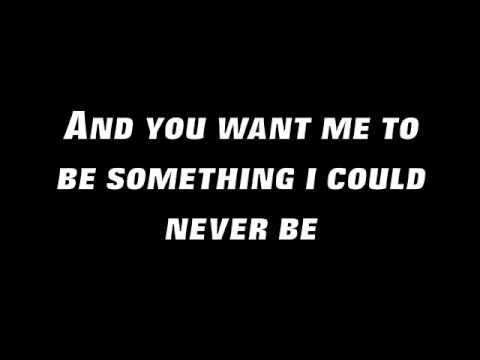 Karma Made Me An Arsonist Lyrics 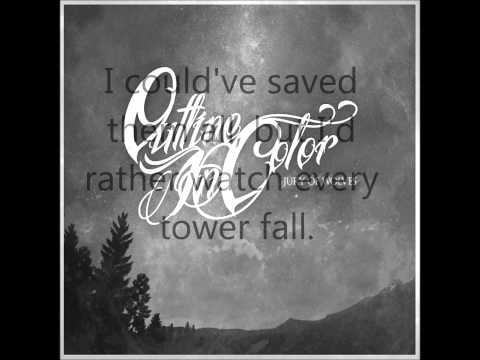 The good in me (acoustic) Lyric video