Three young guys who had in common their love for rock, reggae and ska - Herbert Vianna, Bi Ribeiro and João Barone - formed the group Paralamas at the beginning of the 80’s inspired by the sonority of groups as The Police, The Beat and The Specials, that used to recycle the rhythms created in Jamaica. Stimulated by the talent and the interest in the rising phenomenon of the Brazilian Rock, soon they had recorded their first LP “Cinema Mudo” (1983) and had become a success with songs such as “...

Three young guys who had in common their love for rock, reggae and ska - Herbert Vianna, Bi Ribeiro and João Barone - formed the group Paralamas at the beginning of the 80’s inspired by the sonority of groups as The Police, The Beat and The Specials, that used to recycle the rhythms created in Jamaica.

Stimulated by the talent and the interest in the rising phenomenon of the Brazilian Rock, soon they had recorded their first LP “Cinema Mudo” (1983) and had become a success with songs such as “Vital e sua Moto” and “Patrulha Noturna”.

The second LP “O Passo do Lui” (1984), consolidated the initial pull with the hits “Óculos”, “Ska” and “Meu Erro”, but it was in the presentation during the Rock in Rio Festival in January 1985, that they were definitely consecrated after their two concerts only for the power of their music, not for any scenic artifice.

After having toured throughout Brazil (more than 150 shows), Paralamas made a stop and released the revolutionary “Selvagem” (1986), that gave new routes to the Brazilian Rock 80’s generation. They abandoned the first influences and started to mold a personal sonority recognized and approved by the youth that bought more than 750 thousand copies of the album. In “Selvagem”, social (“Alagados”) and politics criticism (“Selvagem”) coexisted with good mood (“Melô do Marinheiro”), a tribute to Tim Maia (“Você”) and a partnership with Gilbert Gil (“A Novidade”).

At this time they made the first incursions in Latin America, initiating a work that would lead them to be the most recognized act of the Brazilian music in the decade of 90 in countries as Argentina, Chile, Uruguay and Venezuela. The “Selvagem” success also gave them the right to be the first group of their generation to participate of the Montreux Jazz Festival, in 1987, when they took advantage to also perform at the Olympia in Paris.

The concert in Montreux was recorded and became the LP and video “D” (1987), with the participation in the keyboards of João Fera and George Israel (sax), as special invited.

In the following year a new successful LP “Bora Bora”. The hits “O Beco”, “Uns Dias” and “Quase um Segundo” extended the series of influences and added brass instruments to the sound of Paralamas.

The following LP “Big Bang” (1989) would consolidate the new sonorous format in exciting songs as “Perplexo” and lyric ones as “Lanterna dos Afogados”, as well as a bossa-nova “Nebulosa do Amor”.

To turn the decade, the trio released the compilation “Arquivo” with their hits of the 80’s, the rerecording of their first hit “Vital e sua Moto” and also the new song “Caleidoscópio”.

The first half of the 90’s would be dedicated to the experiment and the conquest of the Latin American market. The album “Os Grãos” (1991, with songs of minor popular appeal, was not a sales success, but it did not affect the band itself. Herbert, Bi and Barone spent three months in London with the producer Phil Manzanera recording “Severino” (1994), considered by many revewers the “Sgt. Pepper's of 80’s generation” of the Brazilian Rock. In despite of that, the radios did not play the album and the exit for Paralamas was the airport.

In 1992, they released in the Latin American countries the compilation “Paralamas”, with versions in Spanish of their hits, what opened for them the markets that they had been visiting repeatedly since 1986. They started being each time more requested for shows, due to the great success of the Spanish version of “Severino” baptized “Dos Margaritas”.

But the excellent tour of “Severino” throughout Brazil confirmed that Paralamas does not need to have a song on the hit parades to attract the audience, so they decided to release “Vamo Batê Lata” – Paralamas Ao Vivo” (1995). Attached there was a four track bonus CD. The explosion of one of tracks “Uma Brasileira”, a Herbert and Carlinhos Brown partnership, with the special participation of Djavan, led the trio back to the mega success. A second song “Luiz Inácio (300 picaretas)” would lead the band to the politician news after being forbidden to play it in a show in Brasilia, under allegation that the song wounded the honor of the noble members of the Chamber House. The song referred to a declaration of the current Brazilian president, at the time a Federal Deputy, that in the National Congress there were some honored men and 300 tramps. Herbert detonated the political class at that time.

In 1995, Paralamas initiated a pull in the MTV Video Music Brazil that would take them to gather up 11 prizes up to 1999. In that year, the video “Uma Brasileira” got the awards for the best pop video and the video of the audience.

In 1999, it was the time for a project that they have dreamt of during the entire decade, the album “MTV Unplugged”. Instead of making a revision of their career through the successes, they opted by a repertoire dominated by significant songs that had not received the due attention (“Bora Bora”, “Vai Valer” and “Trem da Juventude”) with homage to Chico Science and the group Legião Urbana, the new song “Sincero Breu” and “Um Amor Um Lugar”, recorded before by Fernanda Abreu. The CD sold more than 500 thousand copies and gained the Latin Grammy for the best Brazilian rock album.

The victorious “Unplugged” tour was extended until the end of 2000, when the trio released the compilation “Arquivo 2”, that brought the unpublished “Aonde quer que eu vá”, a Herbert Vianna and Pablo Sergio Valle partnership, one of the great composers of the Brazilian Popular Music (MPB).

At that time, Paralamas announced a six month stop for vacations and a reformulation in the sound of the group, after almost two decades of career. The plans pointed to a new rock album and, primordially, in trio.

This CD was recorded and is titled “Longo Caminho”, but the tragic accident that Herbert suffered on February 4th 2001, left the Brazilian music in mourning. The fall of the small plane in the Angra dos Reis Bay, Rio de Janeiro, when he was on the way to Dado Villa Lobos home, killed his wife, Lucy Needham Vianna and it left him between life and death. The entire country followed Herbert’s fight for survival in the hospital Copa D’Or, in Copacabana, Rio de Janeiro.

It has been a difficult journey since then due to the sequels of the accident: Herbert is in a wheel chair and has not recovered the cerebral functions fully yet, but all that has not incapacitated him for music and in October 2002, he started the rehearsals with the complete band in his home studio. The result was so good that it led gradually to the new CD, with the repertoire composed before the accident. 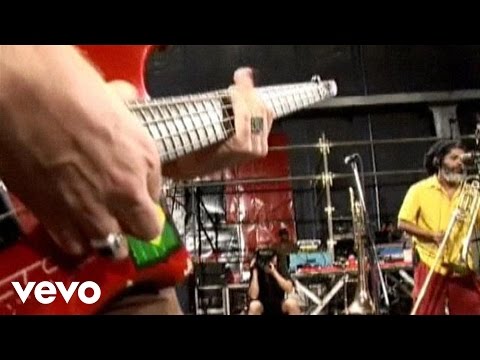 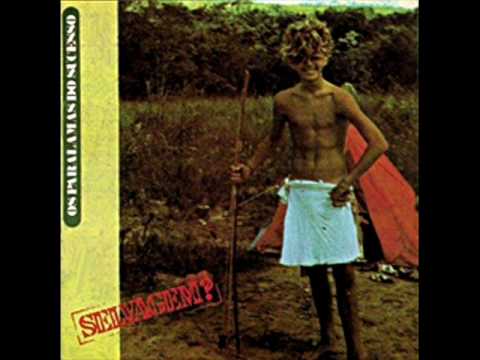 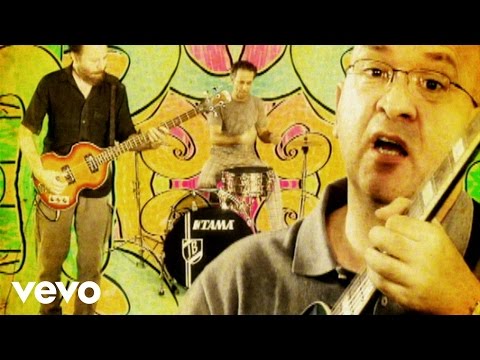 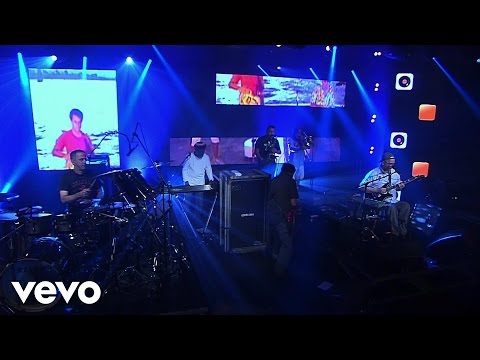 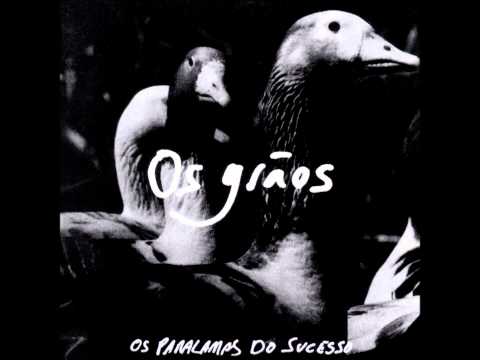 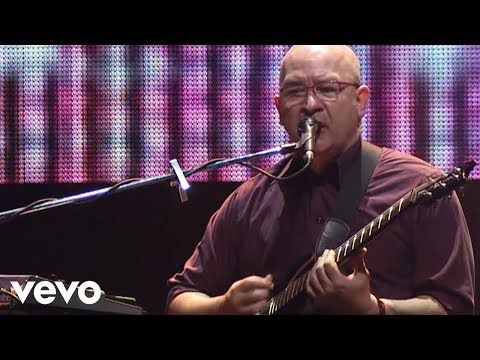 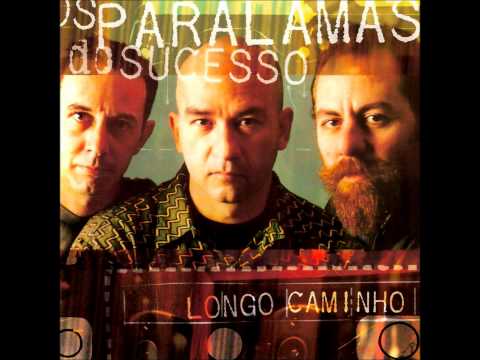 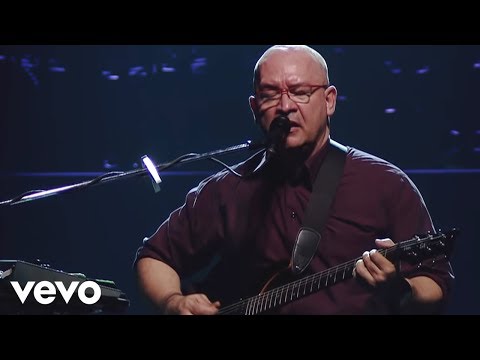 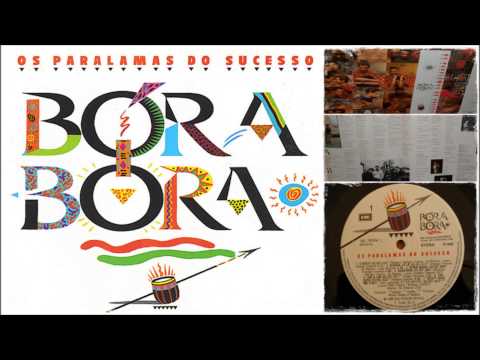 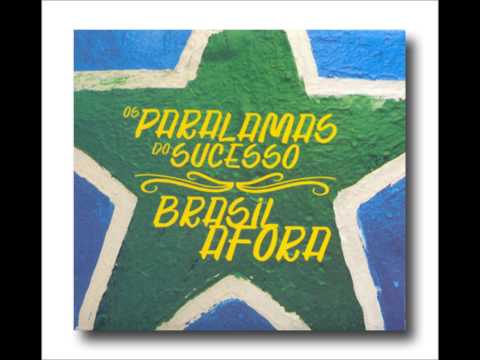 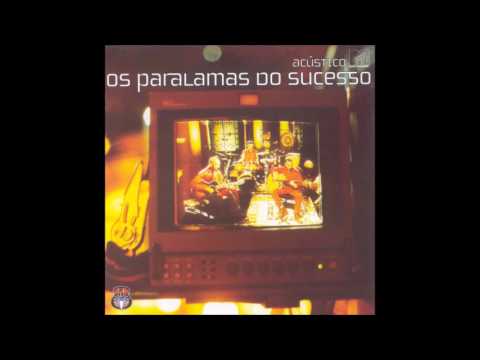 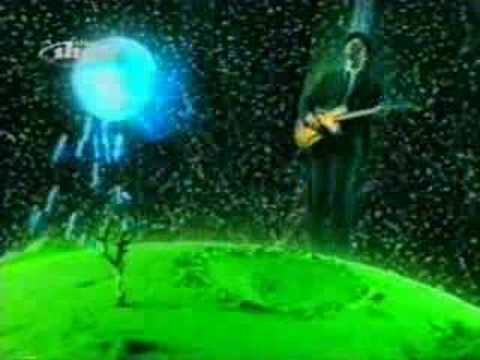 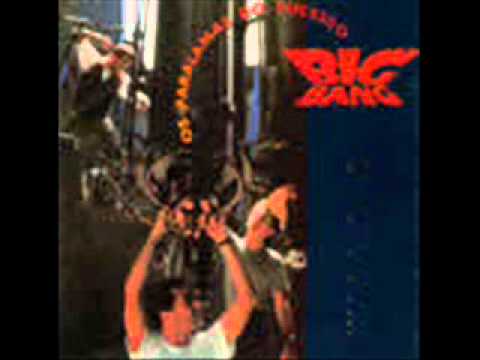 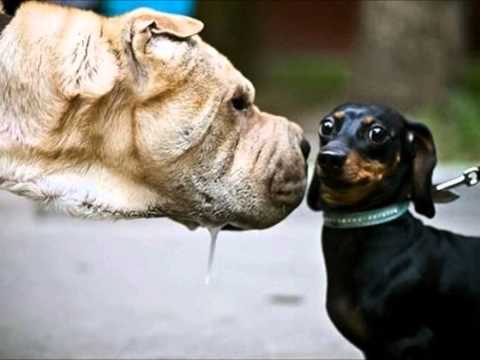 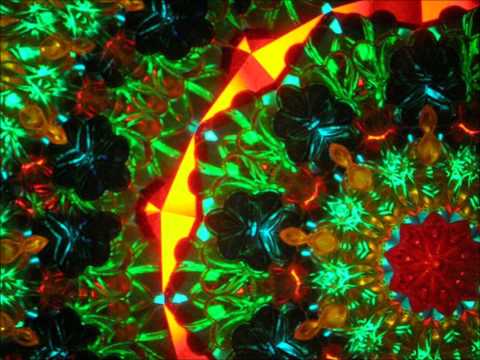 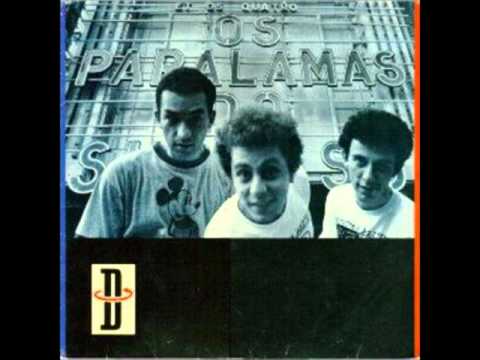 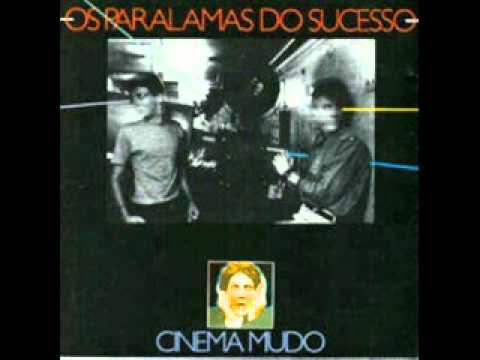 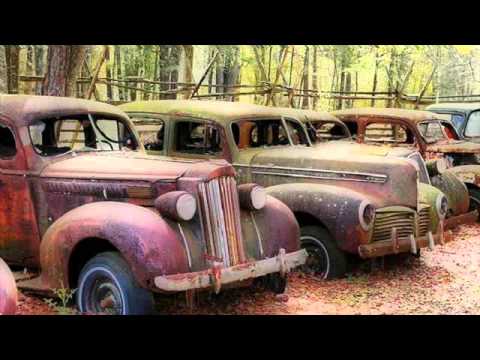 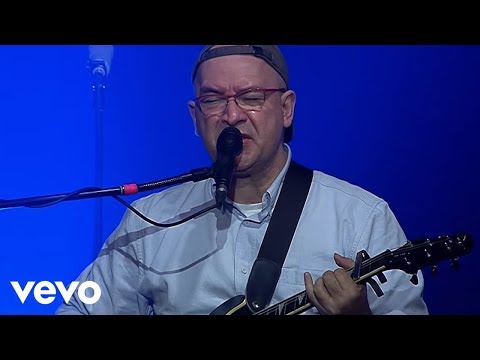 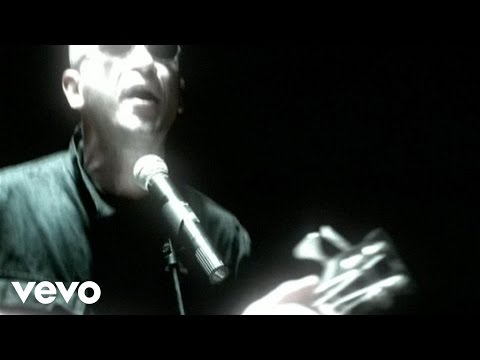 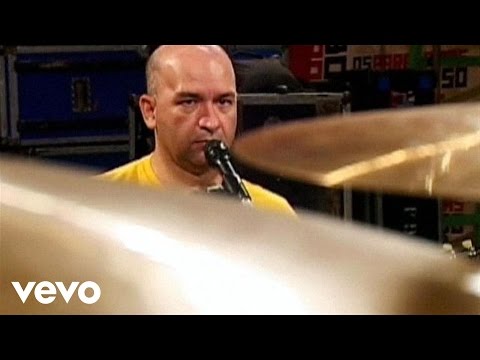 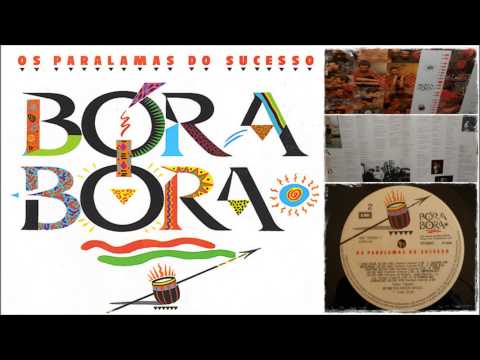 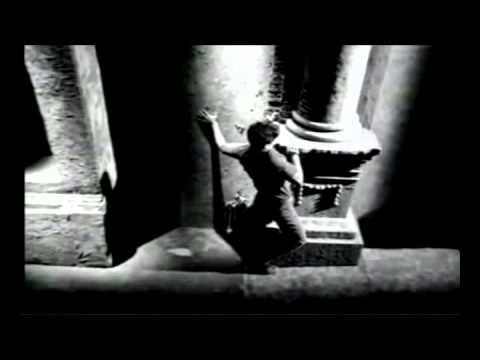 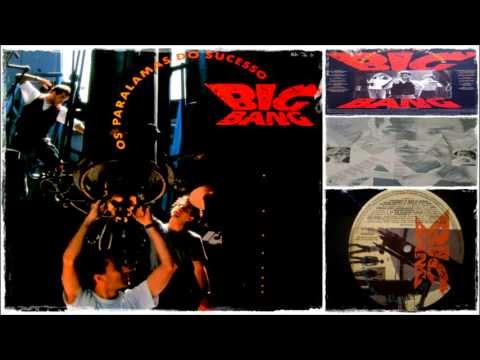