On A Dead Machine

On A Dead Machine is a band that has become really difficult to classify since their conception in early 2003. Built out of the ashes of the now defunct Drought and Piston Honda, the Memphis , TN band's roster includes Brian Link (vocals), Ed Harris (drums), Adam Lucchesi (guitar), Chris Tabbutt (guitar) and Chad Rodgers (bass). Through the bands combined efforts they have created a sound that is all their own. A sound that is heavy, but not 'metal', while often exploring an indie vibe through s...

On A Dead Machine is a band that has become really difficult to classify since their conception in early 2003. Built out of the ashes of the now defunct Drought and Piston Honda, the Memphis , TN band's roster includes Brian Link (vocals), Ed Harris (drums), Adam Lucchesi (guitar), Chris Tabbutt (guitar) and Chad Rodgers (bass). Through the bands combined efforts they have created a sound that is all their own. A sound that is heavy, but not 'metal', while often exploring an indie vibe through soaring melodies, yet never really fitting into that category either. They've been called everything from "the new sound of metal" to "post-hardcore" and everything in-between. While opinions may differ when it comes to the band's classification, most critics have all agreed that On A Dead Machine is an original group that has a knack for writing great music while handling themselves like true professionals.

"Another band that needs to be signed immediately. And yes, I will be utterly disgusted, enraged, and dumbfounded at the hopeless state of music if this band doesn't get the opportunity to move on to better things." ~ Aversionline.com

OADM really took shape in mid-2003 when they released their first rough demo (featuring Habit, Lullaby, Stage4, and I've Seen Better Days), recorded in various apartments and bathrooms (yes... bathrooms). But regardless of the toiletries involved, this rough demo still landed the band a bit of fanfare and international exposure to webzines like ThePRP.com and UK's Audicratic.com. A few short months later the band moved into Young Avenue Sound studio for two days to record what would become The Morning After, the first single off of their first self-produced, self-titled studio full-length. Featuring songs like The Morning After and the B-sides Post-Modern Love and Autograph, the 2003 single made a lot of positive noise amongst both the fans and critics. Consequently a slew of opportunities also began to arise, such as joining festivals and sharing the stage with national acts like Candlebox, Staind, Nine Inch Nails, Hoobastank, Breaking Benjamin, HIM, Chevelle, 30 Seconds To Mars, Saliva, 10 Years, Queens of the Stone Age, Seether, Three Days Grace, Papa Roach, Ill Nino, Blue October, Flaw and many more.

"This is invigorating, challenging stuff...the best to be heard in town... Undeniable power and promise... 'Let's wake up the world...' goes the song 'The Morning After...' This is one band that just may do it, too." ~ Bill Ellis (The Commercial Appeal)

Later in 2004, On A Dead Machine recorded their second studio release during another two-day trip into Young Avenue Sound. The Cancer single, meant to be a companion to its predecessor, once again proved the band's worth, with songs like Cancer and A Million Helicopters And One Dollar grabbing the attention of fans and landing rave reviews in a multitude of magazines and webzines from the US and abroad. Accompanying the many reviews, a new spark in label interest has come to follow the band. On A Dead Machine stayed true to form with their highly anticipated first full-length studio release. The self-titled full length (released April 23, 2005) attracted a sizeable buzz at home and across the globe through in-store and online sales (over 1,500 in the first three months), radio spins, and rave reviews. (BUY IT HERE)

2005 saw the release of the above mentioned 3 track Cancer single and their first independent full-length effort, several label showcases at home and across the country (from Nashville, TN to Austin TX, and NYC), and a great amount of online and radio support. To top off the year, the work horse that is On A Dead Machine spent the month of November in Vancouver, BC at The Farm Studios with acclaimed, award winning producers GGGarth Richardson (Chevelle, Rage Against the Machine, Mudvayne, Trapt) and Ben Kaplan recording a highly anticipated full-length album of 11 songs. The currently untitled album features powerful songs like Anywhere But Here, Halogen, One Day, and an incredible version of the Cure's classic hit, Fascination Street. It will be mixed by Ryan Williams (10 Years, 30 Seconds to Mars, Limp Bizkit) and is expecting a 2009 release. As 2005 ended and 2006 began, the band and management (Kevin Martin of Candlebox fame) kept busy by scheduling tour dates, showcases and much more. They wrapped up the month long General Tire "Take It To the Max" Tour sponsored by Blender Magazine, Gibson Custom Shop Guitars and Kicker Audio, which took them to SXSW and throughout the south and southeast parts of the country and then back again. After spending some serious time out on the road, the band then spent time at home writing new material for their future studio releases. Soon OADM found themselves in the studio again with Producer Pete Thornton (Shinedown) in Orlando, Florida. These recording sessions featured the tracks Chemical Sunrise, Hooligan and Waiting. Chemical Sunrise was taken to local radio (93X WMFS) where it became an instant local 'hit', and gained OADM a brand new level of local as well as international success. And now in 2008 they kept the irons burning by releasing a CD, "VOLUME 2 : STOP THIEF" loaded with brand new tracks recorded and produced by acclaimed, Grammy winning producer and good friend Paul Ebersold (3 Doors Down, Saliva, Sister Hazel, Breaking Point). Stay tuned for much more as OADM prepares for 2009 to be their biggest and strongest year to date... Read more on Last.fm. User-contributed text is available under the Creative Commons By-SA License; additional terms may apply. 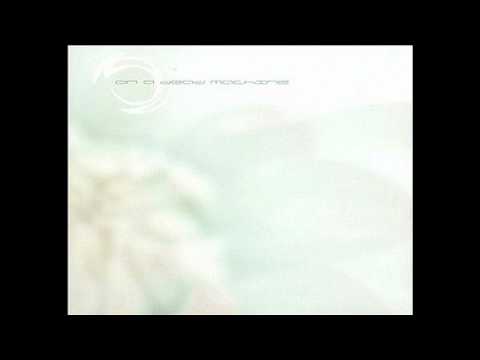