A gritty, veteran boogie-blues band from Texas, Omar and the Howlers have been delivering their soulful, original songs to dedicated fans in Europe and the U.S. South for more than a generation. Austin, besides being the Texas state capital, is home to much of the best in American roots music. Since the 1970s, ballsy blues players, renegade country pickers, and raw-voiced rockers have mixed & matched their musical styles in Austin’s thriving club scene. And that’s where Kent “Omar” Dykes holds...

A gritty, veteran boogie-blues band from Texas, Omar and the Howlers have been delivering their soulful, original songs to dedicated fans in Europe and the U.S. South for more than a generation.

Austin, besides being the Texas state capital, is home to much of the best in American roots music. Since the 1970s, ballsy blues players, renegade country pickers, and raw-voiced rockers have mixed & matched their musical styles in Austin’s thriving club scene. And that’s where Kent “Omar” Dykes holds court too. And it’s also where he’s recorded his latest Ruf album, Boogie Man, working with some of his adopted hometown’s most famous songwriters and musicians.

He hails from McComb, Miss., a town with the curious distinction of being home turf for both Bo Diddley and Britney Spears. It’s well established that Omar started playing guitar at seven, took to hanging out in edge-of-town juke joints at 12, joined his first band at 13 – the next youngest player being 50 – and played the sort of music where somebody bustin’ a cap at somebody else was just added percussion.

He was still Kent Dykes in those days, but by the time he hit 20 he had hooked up with a crazy-assed party band, called the Howlers, who specialized in playing frat parties. Looking back, he says, “We had two saxophone players on baritone and tenor who wore Henry Kissinger masks. They were called the Kissinger brothers. Not on every song, mind you. Sometimes it was Dolly Parton playing saxophone. Or Cher. And we had these cardboard cutouts from record stores for skits.” They even did fake ads for Sunshine Collard Greens and Howlers’ Fried Chicken – “for that old-fashioned taste that tastes just like Grandma.”

It was a crazy time, but a helluva lot of fun too, with the rough & tumble Howlers playing R&B, R&R and even the occasional polka and western swing tune. A decade earlier and 250 miles north of McComb, Steve Cropper and Duck Dunn had learned their chops exactly the same way as members of the Memphis party band the Mar-Keys.

But Kent Dykes mostly just wanted to play blues. And by then the other Howlers had taken to calling him “Omar Overtone” because he tended to let his guitar feed back on stage while he dropped to the floor to spin on his back in a spontaneous, Big & Tall Store take on break-dancing. As he says, those performances were “sometimes fueled by, a-hmm, alcohol.”

By 1976, the Howlers decided they were ready to bust a big move and relocate to Austin, where such clubs as the Soap Creek Saloon, the Broken Spoke, the Armadillo World Headquarters and Antone’s had created a haven for renegade music. “We worked out of Austin for about a year,” Omar says, “but a lot of the guys decided they weren’t cut out to play music full-time for the rest of their lives. They headed back to Mississippi and Arkansas, and I decided to keep the name. Nobody objected.” And as Dykes says, Omar & the Howlers works better than Kent & the Howlers. Of such decisions are careers made.

By then the Fabulous Thunderbirds were also getting started in Austin and T-Bird member Jimmie Vaughan’s kid brother, Stevie Ray, had formed Triple Threat with Lou Ann Barton, future Double Trouble-r Chris Layton and Jackie Newhouse (LeRoi Brothers). The T-Birds were the first to record, cutting their debut in 1979, but Omar wasn’t far behind with Big Leg Beat in 1980. His second, I Told You So, in 1984 made them the big men on the block – or at least along Austin’s famed Sixth Street – earning them consecutive Austin band-of-the-year awards in 1985-1986.

The following year Omar signed with Columbia Records and cut Hard Times in the Land of Plenty (1987), which sold in excess 500,000 copies, and Wall of Pride (1988). Since then there have been another dozen albums, all of them featuring Omar’s guitar and baritone voice, which reviewers describe as a cross between Howlin’ Wolf in his prime and the warning growl of a large primate. Hyperbole aside, the big man’s talents have earned an international following, prestigious awards and induction into the Texas musicians’ Hall of Fame.

For Boogie Man, his newest release on the Ruf label, Omar has brought in some of the songwriter friends he’s made in the 27 years since he left Mississippi for Texas. Ten of the 11 tracks on the 55-minute disc are collaborations. “Co-writing at this point in my life is a lot of fun. To me it’s like free songs. These are ones that I wouldn’t have had the patience to sit down and write on my own. But when you get with friends and drink coffee, tell jokes and stories, and then write something, it always turns out to be something different than what you might have done on your own.”

Plus it’s not exactly heavy lifting to work with such Texas icons as Ray Wyle Hubbard, Darden Smith, Alejandro Escovedo and Stephen Bruton. “Some of them I hadn’t seen for a while,” Omar says, “because like me they’re in bands and on the road. So when we got together, we end up reminiscing a lot. For instance, I’ve known Ray Wyle off and on for 20 years – acquaintances for a long time but pretty good friends now. In the old days, he was busy drinking and partying on his own, and I had my own party going on too.”

About the recording process, Omar says, “I played out for seven and a half months, with only a few days off, and I’d spend those cutting in the studio. I would have liked to take the time off to relax, but it was a lot of satisfaction writing and recording with my friends too. This was an album I’ve wanted to do for a long, long time.”

As for future plans, Omar says he’ll be back on the road soon. “I still do 150-160 shows a year, and with travel days that adds up to a lot of time away from home. It always seems like we’re on a plane headed somewhere.” Omar is touring currently with bassist Barry Bihm and drummer Jon Hahn.

Or as he sums things up in “That’s Just My Life”:
It’s a long way from Pittsburgh down to Knoxville, Tenn.,
But I’m in it for the long haul, and that’s all right with me.
Night-time keeps me in the roadhouse, daylight’s burning up the miles,
The blacktop goes forever, I was born a highway child.

Credit http://www.omarandthehowlers.com/home.html and Copyright to the parties where in the weblink-Bermont/follower of the Howlers 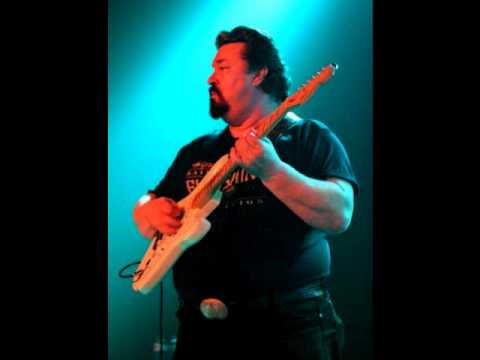 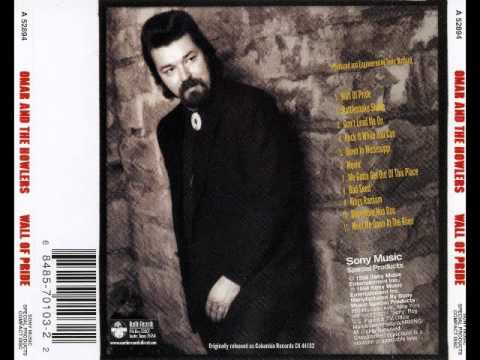 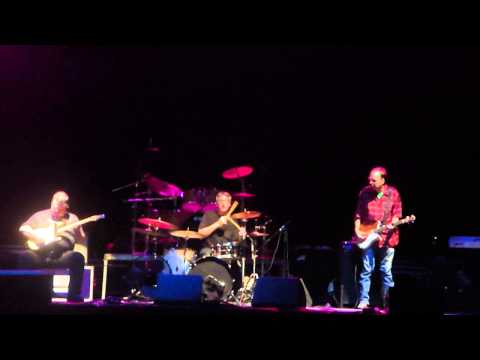 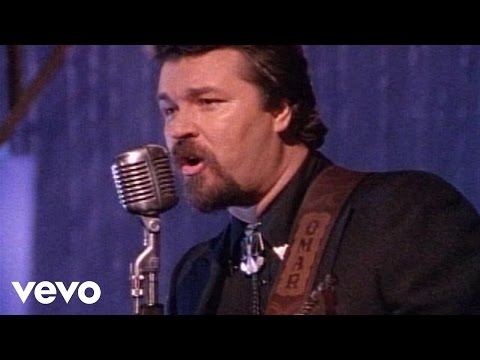 Hard Times In The Land Of Plenty 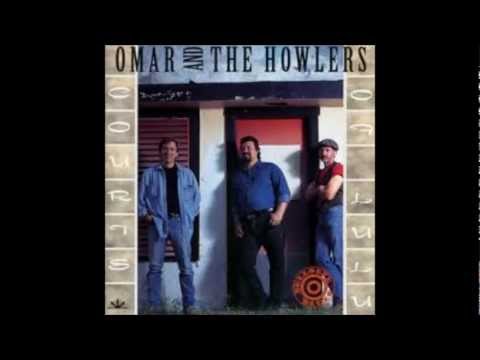 Meet Me Down At The River 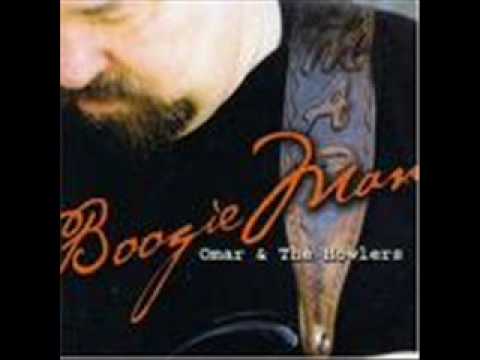 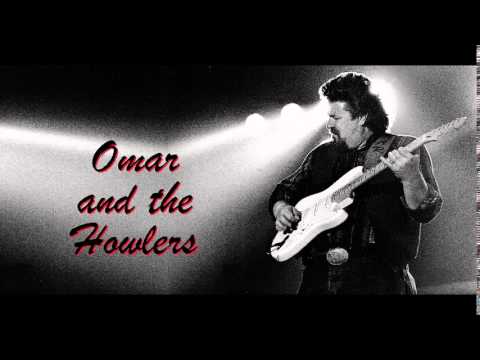