They recorded their first album NINE DAYS WONDER in the Dierks Studio, January 1971 with the Hauke & Dierks team. This was a fine example of more bizarre German progressive rock, clearly inspired by King Crimson, Frank Zappa, Soft Machine, Traffic, Family and Deep Purple. They presented long, complex suites of heavy progressive riffing, jazz fusion, large amounts of free improvisation, neck-breaking shifts of tempo and general insanity on tracks like, "Morning Spirit" and "Stomach's Choise" A fine achievement, if a little difficult to get into.

The original German issue of the album came in a green foam-rubber cover designed by Walter Seyffer. lt surely qualifies for the top ten list of the craziest sleeve designs ever made! John Earle's talented sax and flute work was particularly notable. When the original Nine Days' Wonder disbanded in 1972, he went to England and joined Gnidrolog (you can hear him on the classic album Lody Lake). Martin Roscoe drummed for a while in 2066 & Then. Seyffer joined Michael Bundt's band Medusa.

In December 1972 this band suddenly turned out to be the new Nine Days' Wonder: Seyffer (vocals, percussion), Bundt (bass), Hans Frauenschuh (guitar), Freddie Münster (sax, keyboards) and Karl-Heinz Weiler (drums). In July 1973 they recorded WE NEVER LOST CONTROL, which, understandably, was totally different to the 1971 album: a ,straighter' progressive rock album comparable to other Hauke productions like Epsilon, Nektar or Message.

In 1974, Nine Days' Wonder went through further changes, ended up as a quartet at last, consisting of Seyffer, Bundt, Rolf Henning (guitar, bass) and Sidhatta Gautama (drums). They recorded ONLY THE DANCERS in September 1974 in England with the guests Dave Jackson (sax, flute, from Van den Graaf Generator) and Steve Robinson (keyboards, ex-2066 & Then). This was much more a straight rock song oriented album, with tuneful and sophisticated compositions.

The last incarnation of this unstable group formed in the Summer of 1975: Seyffer & Gautama with Bernd Unger (guitar, vocals), Peter Oehler (guitar, vocals) and Rainer Saam (bass). Their album A SONNET TO BILLY FROST: (1976) was dismissed in the music press at the time of release, but has proved able to stand the test of time. A kind of rock opera, it sounded strangely British (short, melodic up-beat rock songs with some linked musical themes and clever lyrics).

After Nine Days' Wonder disbanded, Unger and Seyffer made three further albums together as Wintergarden.

2. Nine Days Wonder is a Japanese rock band. Their current line-up is Akira Kawasaki on drums, Atsushi Kiyota on keyboards, and Kensuke Saito on guitar, bass, and vocals. All three members produce programmed recordings for their sets.

Formed at the end of 1997, it only took a year before the band's first output was released. Self-released in Japan, the "Aluminum" 7' was distributed by Dim Mak in the USA, six months after the band had started to play shows. April 1998 saw the release of a split 7" with Bluebeard from Japan.

Two Years later the bands first full length album The Scenery Is In Disguise There was released on Dim Mak. Shortly after the release the band went on a nationwide tour together with Envy from Japan, This Machine Kills and The Exploder, both from the USA.

The end of 2000 saw the departure of their bassist which marked Nine Days Wonders first line up change so far. First of all the band added a second guitar player, and luckily they found a new bass player shortly after that.

At the end of April 2001 a split EP with No Knife from the USA was released by Nova Recordings (Europe), Dim Mak (USA) and Catune (Japan).
The release was followed by another nationwide tour with No Knife.
After this tour the band added a keyboard player to its steady line up and played successful shows with bands like Burning Airlines, Engine Down, The Locust, 90 Day Men, Tristeza, The Album Leaf, Milemarker and Elliott, among others. Then No Knife returned to do another Japanese tour accompanied by Nine Days Wonder in January 2003.

After the second tour with No Knife the bass player left the band again, but ex-Atomic Fireball member Ryuji completed the band again in march 2003.

2004 was another busy year for Nine Days Wonder. Their second full length entitled "With Euphoria" saw the light of day in January, followed by the bands first European tour in April / May, and there are plans for an US tour at the end of the year as well.

3. Nine days Wonder of Eugene, Oregon formed in the mid 1980's, playing Americana Roots Rock with a touch of the Allman Brothers, and The Grateful Dead. Their fine song writing and production makes them a Northwest classic. Their One and only Release "Left Of Center" was originally released in 1991 and re-released in 1995 on Locals Only Recordings. 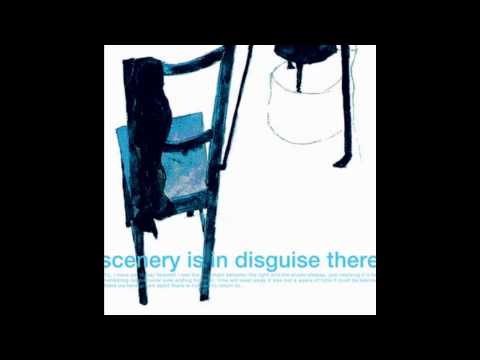