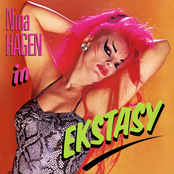 Catharina "Nina" Hagen (born on March 11, 1955) is a singer from former East Berlin, German Democratic Republic; now Berlin, Germany. Her musical career began when she left school at age sixteen, and went to Poland in 1971. After that, she returned to Germany and joined the cover band Fritzens Dampferband (Fritz's Steamboat Band), together with Achim Mentzel and others. She added songs by Janis Joplin and Tina Turner to the "allowable" set lists during shows. From 1972 to 1973, Hagen enrolled in...

Catharina "Nina" Hagen (born on March 11, 1955) is a singer from former East Berlin, German Democratic Republic; now Berlin, Germany. Her musical career began when she left school at age sixteen, and went to Poland in 1971. After that, she returned to Germany and joined the cover band Fritzens Dampferband (Fritz's Steamboat Band), together with Achim Mentzel and others. She added songs by Janis Joplin and Tina Turner to the "allowable" set lists during shows.
From 1972 to 1973, Hagen enrolled in the crash-course performance program at The Central Studio for Light Music in East Berlin. Upon graduation, she joined the band Automobil (picture), which released a well-received album in Germany, including her first hit "Du hast den Farbfilm vergessen" in 1974.

After a concert for a West German labour union in 1976 her stepfather, Wolf Biermann, was forbidden to return to the GDR. Because of their protests against it her mother, Eva-Maria Hagen and Nina were thrown out of GDR in 1977, and followed Biermann to his hometown Hamburg.

Nina subsequently met West-Berlin photographer Jim Rakete (who also produced some bands he shot the cover-photos for - like "Nena" some years later). He brought Nina together with the politically left-wing band "Lokomotive Kreuzberg" (later known as "Spliff"): thus the "Nina Hagen Band" was born.

In 1978 The Nina Hagen Band released their self-titled debut album, which included titles like "TV-Glotzer" (a cover of "White Punks on Dope" by The Tubes) and "Auf'm Bahnhof Zoo".

According to reviewer Fritz Rumler, she thrusts herself into the music, aggressively, directly, furiously, roars in the most beautiful operatic alto, then, through shrieks and squeals, precipitates herself into luminous soprano heights... she parodies, satirises, and howls on stage like a dervish.

Nina Hagen's eccentricity led to big disputes in the band and during a subsequent European tour Hagen decided to leave the band, though she was still under contract to produce a second album in 1979. This LP, Unbehagen (in addition to the obvious pun on her name, in German this also means 'discomfort' or 'unease'), was eventually produced with the band recording their tracks in Berlin and Hagen recording the vocals in Los Angeles, California. It included the single "African Reggae"/"Wir leben immer... noch" (a cover of Lene Lovich's "Lucky Number"). The headless Nina Hagen Band soon developed a successful independent musical career as Spliff.

An European tour with a new band in 1980 was cancelled, she had a love affair with a 16 year old punk from Amsterdam called Noddy (www.noddyriot.co.uk) and sang a RHCP rapduet with him at the OneWorldPoetry festival at the MilkyWay and lived with him in New York and in the Bahamas.

In 1982 her first solo album NunSexMonkRock, a dissonant mix of punk, funk and opera, was a minor hit, and led to a world tour with the No Problem Orchestra.

In 1983 came the album Angstlos and a minor European tour. By this time, Hagen's public appearances were becoming even stranger; over the years they frequently included discussions of God, UFOs, her social and political beliefs, animal rights / vivisection and claims of alien sightings. The English version of Angstlos, 'Fearless', generated two major club hits in America , "Zarah" and the disco/punk/opera classic, "New York New York".

1985's 'Nina Hagen In Ekstasy' fared less well, but it did generate club hits with "Universal Radio" and a cover of "Spirit In The Sky", and it also featured her hardcore punk take on Frank Sinatra's "My Way", which had been one of her signature live tunes in previous years. Her contract with CBS over, she released the Punk Wedding EP independently in 1987, a celebration of her marriage to an 18-year old punk. It followed an independent 1986 one-off single with Lene Lovich, the anthemic "Don't Kill The Animals".

In 1989 Hagen released the album Nina Hagen which was backed up by another German tour. Now living in Paris with her daughter Cosma Shiva, in 1991 she toured Europe in support of her new album Street.

In 1992 Hagen became the host of a TV show on RTLplus. The following year she released Revolution Ballroom and two years later the German-language album Freud Euch appeared, recorded in English as Beehappy in 1996. Also in 1996, Hagen collaborated with electronic music composer Christopher Franke on "Alchemy of Love", the theme song for the Tenchi Universe movie Tenchi Muyo! in Love.

In 1998, Hagen became the host of a weekly science fiction show on the British Sci-Fi-Channel, in addition to embarking on another tour of Germany. In 1999, she released the devotional album Om Namah Shivay, which was distributed exclusively online. She also sang "Witness" on KMFDM's Adios.

Nina has a strong interest in various religions, but that is mainly driven by her urge to build a better world and her own colorful freedom within it.

In 2000, her song Schön ist die Welt became the official song of Expo 2000. The album The Return of the Mother was released in February 2001, accompanied by another German tour.

Hagen dubbed the voice of Sally in the German release of Tim Burton's The Nightmare Before Christmas and she also did some voice work in Hot Dogs by Michael Schoemann.

Hagen has been featured on many songs by other bands, for instance Oomph!'s song Fieber, a cover of Rammstein's "Seemann" with Apocalyptica and in 2008 appeared readily on psy-trance act S.U.N. Project's X Black Album, most notably on the fully vocal track We're In Space. She also sang the song "Garota de Berlim" with Brazilian singer Supla in her early years.

Her two children are Cosma Shiva and Otis.

BEST archive for Nina Hagen pictures and stuff (regrettably just in German), incl. very old GDR pics like a beautiful one at the age of 18 and one shot by the "Stasi" (together with her stepfather Wolf Biermann - wiki) Read more on Last.fm. User-contributed text is available under the Creative Commons By-SA License; additional terms may apply. 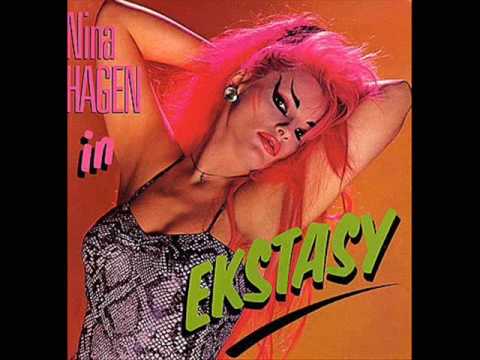 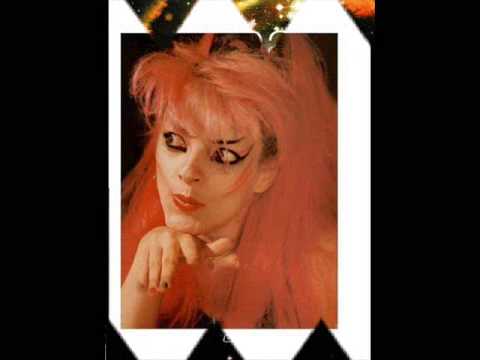 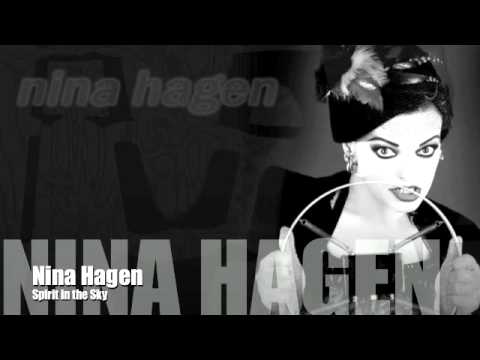 Spirit in the Sky 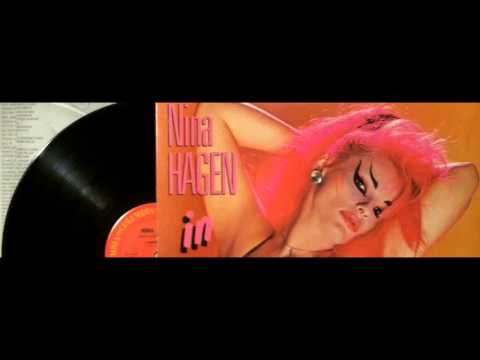 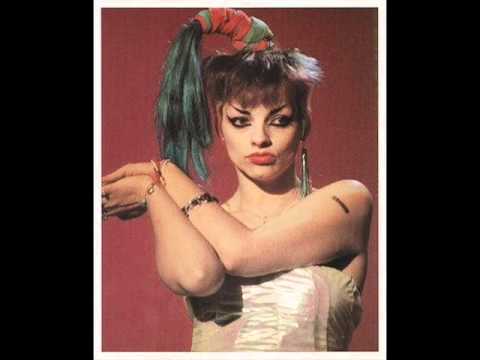 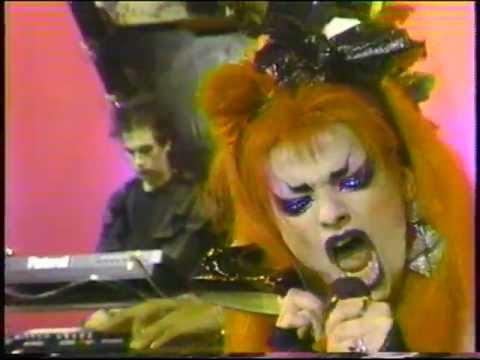