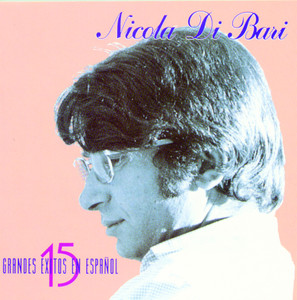 Nicola Di Bari (born 29 September 1940) is an Italian singer. He was born in Zapponeta as Michele Scommegna. He won the Sanremo Music Festival in 1971 and 1972. In 1972 he represented Italy at Eurovision Song Contest with I Giorni Dell'Arcobaleno. He is also well-known in South America for his albums recorded in Spanish. An honestly serious singer whose greatest sin perhaps is his excessive modesty, Nicola Di Bari, whose real name is Michele Scommegna has been on the scene since 1961 with his...

Nicola Di Bari (born 29 September 1940) is an Italian singer. He was born in Zapponeta as Michele Scommegna.

He won the Sanremo Music Festival in 1971 and 1972. In 1972 he represented Italy at Eurovision Song Contest with I Giorni Dell'Arcobaleno.

He is also well-known in South America for his albums recorded in Spanish.

An honestly serious singer whose greatest sin perhaps is his excessive modesty, Nicola Di Bari, whose real name is Michele Scommegna has been on the scene since 1961 with his tact and courtesy sometimes making him appear outwith the melting pot of Italian music.

Doubtless one of the most popular and well-loved Italian singers the world over, he was born at Zapponeta (Foggia) on 29 September 1940 on the feast day of Saint Michael the patron saint of the small town. “This is a lucky day” said his father, “and the baby will be called Michele so that he will always be protected by this saint.”
When he got to primary 5 at school (school-leaving age of 10), the Scommegna household began to discuss what young Michele would be when he grew up. It was decided he wouldn’t follow his father’s and brothers’ footsteps and become a farmer, but rather they would have him carry on with his studies. Thus it was that his father enrolled him at the Istituto Arcivescovile Sacro Cuore in Manfredonia.

All the years he was at high school he had never felt the desire to sing – he had a coarse, gravelly voice. Then suddenly one day…….

It was the 29th of September, the local saint’s day in Zapponeta and a teenage Michele was traipsing around the booths set up for the feast, between shooting ducks, merry-go-rounds and stalls selling toys and sweets when he was struck by the presence of an old man standing sadly beside his ice-cream cart.

“What’s wrong?” he asked, “business not good?” The old man was distressed because he had hardly any voice left and couldn’t shout to attract customers. Everyone was going to the other ice-cream vendors, the ones who were shouting their wares. “Folks don’t even realize I’m here” he moaned with tears in his eyes.

Michele was moved by the situation and taking up the megaphone he started to shout “ice-creams, ice-creams, the best ice-creams in Puglia!” It was at this point that his friends had an idea. “Why don’t you sing one of those songs you sing during the interval at school?” Just for fun Michele began to sing and he noticed that people were coming near, gathering round him, applauding, wanting more songs. Meanwhile the old man sold all his ice-creams. Michele wanted to stop but the crowd insisted “sing, sing again…”

When he got home, Michele had decided – he wanted to be a pop singer.

He began with small regional competitions, then the Jesi Festival, La Caravella dei successi and Castrocaro then, at the age of eighteen during the summer he made friends with the Principe brothers, two accordion players well-known at the time, who suggested he went with them on tour on Lake Maggiore.

Michele’s father didn’t like the idea, but in the end the youngster got his way and gained his father’s permission to leave.

In this way he left his home to go “looking for dreams” and in 1958 he moved to the hinterland of Milan. At that time Milan was sort of the capital of pop music; it was there that most of the big record companies had their head office.
“….I loved music and I wanted to sing. I used to go to places like the Galleria del Corso in Milan where music was being born at that time because it was there in the Gallery that the biggest record companies had their main offices. I thought it would be easier to make it there. And in the Galleria del Corso I met the “genovesi”: Michele, Tenco, Calabrese, the Riverberi brothers and others.”

Straight away Michele took part in a competition for new voices where the jury, impressed by his strangely different voice, gave him first prize. One of the jury members was maestro Leoni of the SAAR record company who offered him the opportunity of taking singing lessons and shortly afterwards a contract with the company.

With SAAR he recorded a series of fortunate singles like “Piano, pianino”, “Amor non farmi pianger più”, “Perché te ne vai”, “Amici miei” and in the meantime he took part in the Cantagiro song contest.

In 1964 he recorded the song “Amore ritorna a casa” which is the official beginning of what was to turn out to be a wonderfully long career. People liked this song; they especially liked this young new singer’s voice and his record was one of the best sellers.

Then came THE test, i.e the Festival of Sanremo the next year, 1965, when the SAAR took him to the contest with “Amici miei” in a duo with Gene Pitney and they arrived second.

For the next two years he appeared with the American singer at the Festival with “Lei mi aspetta” in 1966 and “Guardati alle spalle” in 1967.

By this time the singer had been engaged for some time to a pretty, sweet-natured girl called Agnese Girardello who came from the Veneto region but he also used to travel back and forth between Milan and Zapponeta in his light-blue two-seater sports car bought with the first money he earned: Nicola has always been very attached to his family, especially to his father, who at the beginning of his career when things were a bit difficult had always encouraged him to carry on along his chosen path.

But the outcome of “Guardati alle spalle” was not as expected: it only takes one mistake to have to start again from the beginning. The 1967 edition of Sanremo was made even sadder for Nicola by the death of his dear friend and colleague Luigi Tenco as a tribute to whom shortly afterwards he recorded the very charming album “Nicola Di Bari sings Luigi Tenco”.

Agnese never stopped encouraging him. She decided to marry him. The wedding was fixed for the 21st December 1967 in Peschiera del Garda, where they were married by Father Giuseppe Girardello, Agnese’s brother, a Franciscan monk.

It was 1968 and the singer from Puglia was again taking part in the Cantagiro contest with the intention of regaining ground with a lovely song called “Eternamente”, a real highlight in Nicola’s repertoire. The music was written by Charlie Chaplin for “Limelight”, the words were Nicola’s, having taken them from a letter written to him by Agnese the year before from Buenos Aires where he was on tour. It is a delicately romantic song which has to be carefully listened to in silence to be fully appreciated. Nicola took part in the Cantagiro with this song too and although he was somewhat bewildered by the course the music scene at the Cantagiro was taking with the participation of numerous beat groups which attracted an audience of wild youngsters, he still did fine.

The evening the Cantagiro show stopped in Massa Carrara, Nicola stepped on to the stage to sing “Eternamente” with a strangely excited, happy aura about him. What had happened? A few minutes beforehand his brother had phoned him to tell him he had just become father to a bonny baby girl, named Ketty.

The journalists who had found out about the happy event immediately bombarded him with questions: “Nicola are you happy?” “It’s a great joy for me but I would have liked to be near Agnese” and as soon as he finished his turn he shot off to Milan.

The arrival of Ketty was the start of a wonderfully fortunate time for Nicola.
In the spring of 1968 there was a French song which was all the rage and Nicola thought that if it was given a good text in Italian it would be perfect for him. He recorded it towards the end of the year with the title “Il mondo è grigio, il mondo è blu” and the song was an immediate hit, selling hundreds of thousands of copies in the space of a few weeks. Fan letters start to arrive by the sackful, telephone calls from admirers, from journalists, from impresarios offering concert tours.

He moved to the RCA record company at this point, where he worked alongside two worthy collaborators, Gianfranco and Gianpiero Reverberi.

To those who ask him what he thinks of the 1960s he replies: “ it was a really lucky time for Italian pop music. We sold a lot abroad too. Music reflected what was happening then in Italy, a country with so much joie de vivre, a strong desire to make it, to flourish again; song-writers and composers were influenced by this newness and record producers were keen to find new talent and invest in it.
Then with the “revolution” in 1968, the deep changes which it brought about within society were reflected in the music: singers and song-writers changed the way we expressed ourselves.”

“In the 1960’s there were lots of song contests that young unknowns just starting out could take part in. Nowadays you hardly hear of song contests any more. Someone who has decided to become a singer starts out by self-recording, inventing a label, going on tour as supporters of better-known names”.
Read more on Last.fm. User-contributed text is available under the Creative Commons By-SA License; additional terms may apply. 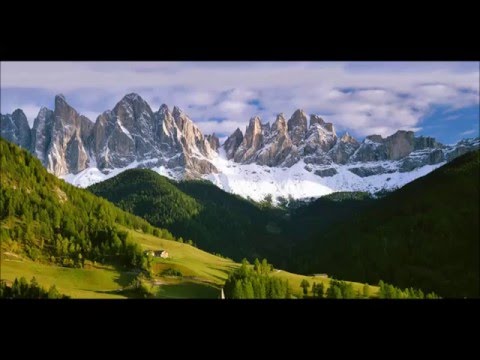 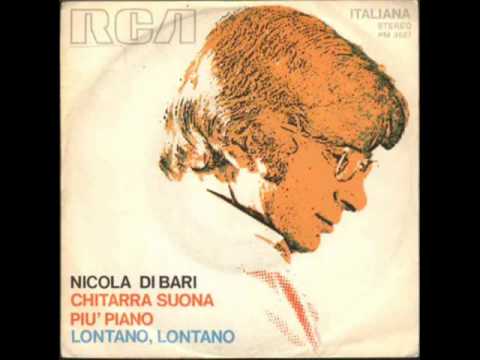 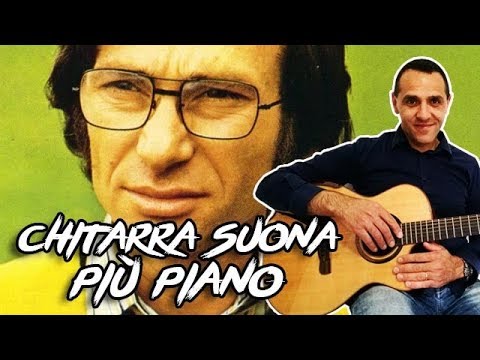 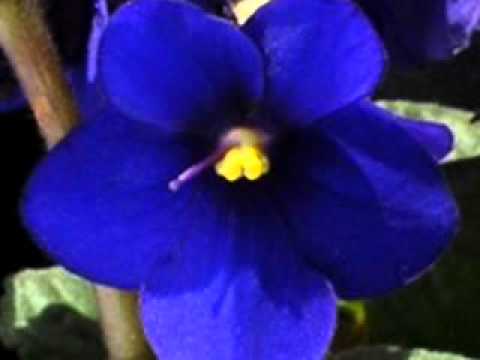 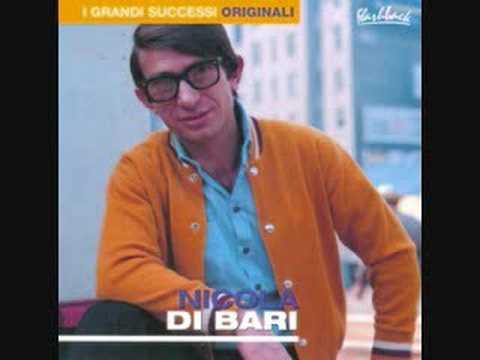 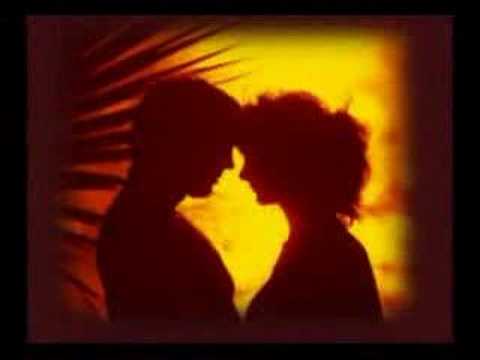 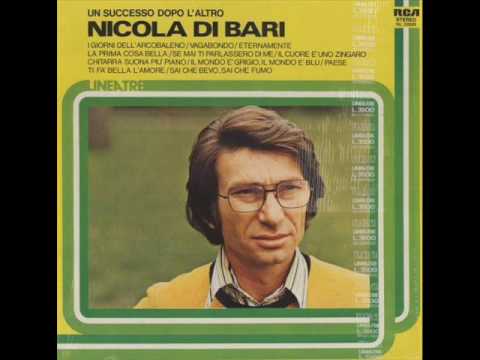 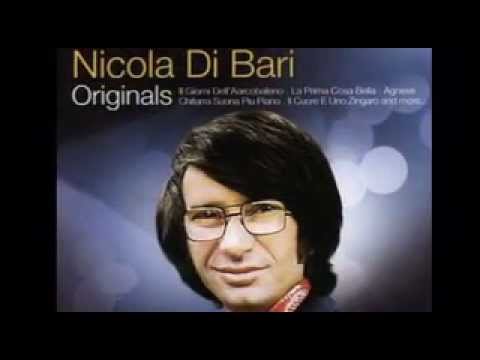 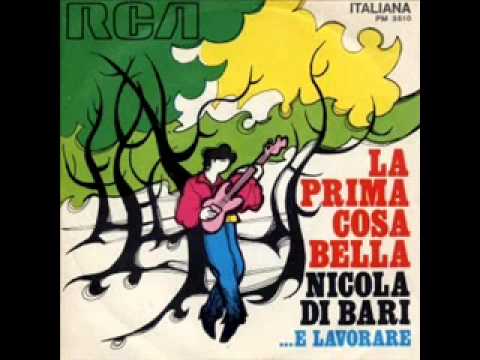 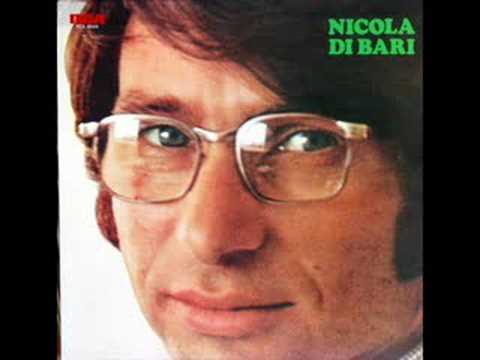 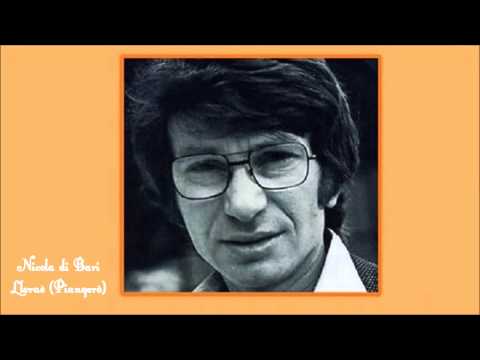 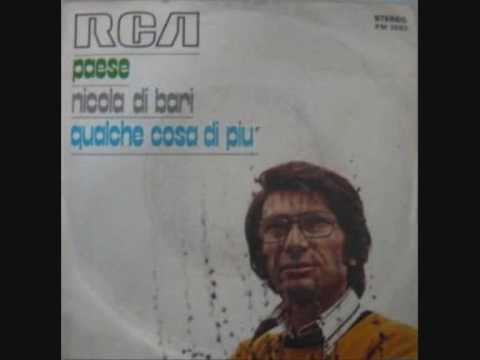 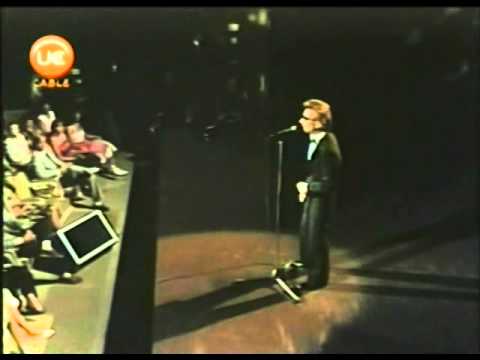 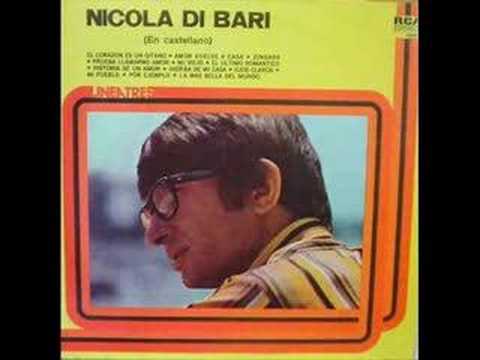