Nervecell emerged early in the year 2000 in the commercial city of Dubai in the United Arab Emirates. Surrounded by a music scene that is dominated completely by the mainstream musical hype, Nervecell independently worked their way up and have undoubtedly proven to be the most potential metal outfit in the Middle East to date, delivering a powerful unique mixture of death metal & thrash metal. After a series of lineup changes within the band it was only until 2003 that Nervecell decided to rec...

Nervecell emerged early in the year 2000 in the commercial city of Dubai in the United Arab Emirates. Surrounded by a music scene that is dominated completely by the mainstream musical hype, Nervecell independently worked their way up and have undoubtedly proven to be the most potential metal outfit in the Middle East to date, delivering a powerful unique mixture of death metal & thrash metal.

After a series of lineup changes within the band it was only until 2003 that Nervecell decided to record the first demo entitled “Vastlands of Abomination”. Following the success of the demo the band hit the studio to record their debut EP “Human Chaos” in the summer of 2004. This release grabbed a lot of attention from both the underground local scene and around the globe. Being aired on local station Dubai Radio One’s weekly metal show Heavy Metal Thunder and various international radio stations as UK’s Total Rock and Germany’s The Metal Observer Radio, ranking their Top 20 charts. “Human Chaos” also received many positive reviews from various webzines & magazines in Germany, Netherlands, Greece, Italy, Morocco, USA, Canada and Britain’s metal bible Metal Hammer. The success of “Human Chaos” led Nervecell the opportunity to perform at the annual Dubai Desert Rock Festival in 2005 opening for legendary SEPULTURA and the mighty MACHINE HEAD. In 2006, London based drummer Gavin Ward (ex-POWER QUEST) joined Nervecell and toured with the band for a good year and a half.

In 2007 Nervecell headlined the Egypt Metal Festival 2007, in Cairo, Egypt and soon after embarked on a full headlining “Road Rage” tour in March/April 2007 in Australia culminating with the headline spot in Metalstock Festival 2007, Australia's only 3 day metal festival. After the successful Australian headlining tour, the band was then asked to play Metalcamp Festival 2007 in Tolmin, Slovenia alongside MOTÖRHEAD, SEPULTURA, KREATOR, IMMORTAL, BLIND GUARDIAN, CRADLE OF FILTH and many others.

Nervecell was exclusively interviewed by Terrorizer Magazine as part of an article on the Middle Eastern metal scene and soon after the band was contacted by Canadian journalist/ anthropologist Sam Dunn known for the infamous Metal: A Headbanger’s Journey documentary. Nervecell was later featured on Sam’s latest video documentary Global Metal which discusses the impact of metal music on different cultures.

After a long break of shows in the local circuit it was only until March 2008 when Nervecell performed at the Dubai Desert Rock Festival 2008 for the second time sharing the stage with AS I LAY DYING, KILLSWITCH ENGAGE, MACHINE HEAD and many more. In April 2008 Nervecell released their highly anticipated new album “Preaching Venom” featuring PSYCROPTIC's drummer David Haley behind the drum kit. The album is mixed by the acclaimed producers Wojtek and Slawek Wieslawscy (VADER, DECAPITATED, HATE) at Hertz Studio in Poland and mastered by the infamous Alan Douches at West West Side Music (SEPULTURA, SUFFOCATION, UNEARTH) in New Windsor, New York. The CD artwork was created by Dennis Sibeijn (ABORTED, ALL SHALL PERISH, JOB FOR A COWBOY).

“Preaching Venom” proved to be beyond expectations and received immense feedback and reviews from the industries well established magazines such as Metal Hammer, Rock Hard & Aardschock among others. Right after the release of the new album, the band was selected to open for Polish death metal veterans Vader in Egypt. In June 2008, they are set to co-headline Morocco’s Casa Gateways Festival 2008 along with BEHEMOTH, GRAVEWORM, EMETH and many more.

In 2009 Nervecell kicked off their headlining Dubai tour “Beyond The Venom” during February/March which included an appearance at the Dubai Desert Rock Festival 2009 with OPETH, MOTÖRHEAD, ARCH ENEMY, CHIMAIRA and others. The year 2009 will also mark the band’s return to Europe, already scheduled to perform at Wacken Open Air (20th Year Anniversary), With Full Force Festival & Rock AM Ring / Rock IM Park 2009 in Germany and more to be confirmed, officially marking Nervecell as the only Middle Eastern based metal band to perform on such large scale European stages.

With the new album “Preaching Venom” out now, Nervecell have set the standards high and will surely convince the masses worldwide that metal is alive and well in the Middle East. Read more on Last.fm. User-contributed text is available under the Creative Commons By-SA License; additional terms may apply. 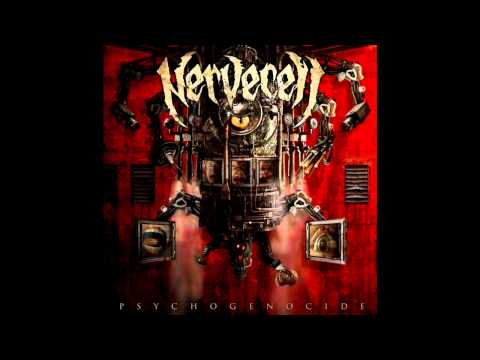 All Eyes On Them