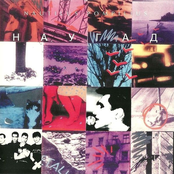 Nautilus Pompilius is a Russian rock/post-punk band. Its popularity was extremely high in the late 1980s in the USSR, and they were well respected in Russia until their breakup in 1997. The band is a landmark of "Ural rock" style, with rather deep and philosophical lyrics, and melodic, often dark, electric guitar-led sound with a fair amount of keyboards and occasionally other instruments such as flute or saxophone. The image of the group is mostly formed by Vyacheslav Butusov, its invariable...

Nautilus Pompilius is a Russian rock/post-punk band. Its popularity was extremely high in the late 1980s in the USSR, and they were well respected in Russia until their breakup in 1997. The band is a landmark of "Ural rock" style, with rather deep and philosophical lyrics, and melodic, often dark, electric guitar-led sound with a fair amount of keyboards and occasionally other instruments such as flute or saxophone.

The image of the group is mostly formed by Vyacheslav Butusov, its invariable frontman, lead guitar and composer. The lyrics were written mostly by Ilya Kormiltsev, who also wrote lyrics for several other notable "Ural rock" bands of the period.

The band's official site is www.nautilus.ru.

Their history starts in 1978, when three students of Sverdlovsk Institute of Architecture, Vyacheslav Butusov (vocals, guitar), Dmitry Umetsky (bass, backing vocals), and Igor Goncharov (drums) started playing rock-n-roll together for fun. Their first more or less complete, though amateur, recording was made in 1982.

This debut album, entitled "Переезд" (pronounced "pereyezd"; Russian for "crossing" or "moving on") was inclined heavily towards rock-n-roll or even hard rock in the vein of Led Zeppelin, which was completely abandoned by the time of recording the next album. The breakthrough came in 1986 with their third LP called "Разлука" ("razluka"; Apartness). Nautilus Pompilius became true nationwide stars, their brand of keyboard-driven post-punk with new wave elements and catchy melodies bringing them huge success. As ninety-nine per cent of Russian rock were politically engaged, the lyrical image of the band was also important. Nautilus created both pamphlets criticizing the Communist regime, such as "Скованные одной цепью" (Chained Together) or "Шар цвета хаки" (Khaki-Colored Globe), and emotional ballads, the most popular among them "Я хочу быть с тобой" (I Want To Be With You). The biggest hits of this period are still well-known in Russia. Butusov and Umetsky led the band to a cult status, but then Dmitry suddenly quit Nautilus in 1988.

In 1989, after a year and a half of almost uninterrupted touring, many line-up changes and a couple of live recordings, the band broke up while still enjoying enormous popularity and even some official recognition. This decision was unwelcome among fans, but it brought Butusov and Umetsky together once more. They started the band from scratch, but this attempt was unsuccessful and they parted ways soon having made only demos for what was later released as "Человек без имени" ("chelovek bez imeni"; Man Without A Name). But then Ilya Kormiltsev, the man behind the lyrics, decided to join Butusov again. The band had a composer and a lyricist, so the writing and recording began with help of a completely new line-up including Igor Djavad-zade, a Tajikistan-born drummer of some renown due to his involvement in successful jazz projects, and Oleg Sakmarov, the flutist of perhaps the most popular Russian band of the time, Аквариум.

The following three years saw the band change its style to guitar-driven rock and making two further albums. The biggest hit of that period was 1991's medieval-styled ballad "Прогулки по воде" ("progulki po vode" - Walking Upon Water) with lyrics about Jesus walking upon water and preaching to his disciple St. Andrew.

In 1994 Nautilus returned to the mainstream scene with the album "Титаник" (Titanic). The line-up was revised once more, with members of 1988 superstar line-up Albert Potapkin (drums) and Alexei Mogilevsky (keyboards, saxophone) returning to the band, the former since 1992 and the latter since 1994. The next effort was their perhaps most succesful CD entitled "Крылья" ("krylia" - Wings), the sombre title track becoming an instant hit. The band toured Russia and abroad, reaching ever larger audiences, but then finally broke up after one more album "Яблокитай" ("yablokitay" - Apple-China, a pun on the Russian word for "orange" - апельсин, which is borrowed from Dutch where it means literally "Сhina-apple") which didn't appeal to fans as much as the previous two.

Vyacheslav Butusov himself is still fairly popular in Russia and performs with a new band called Ю-Питер. Read more on Last.fm. User-contributed text is available under the Creative Commons By-SA License; additional terms may apply. 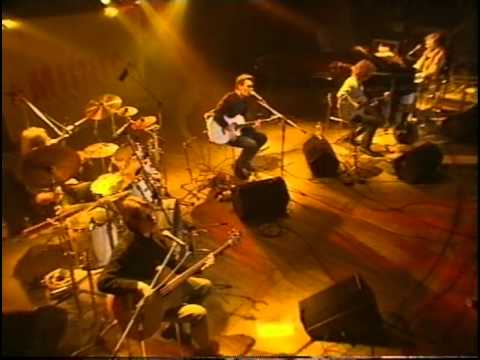