Natural Self is a Brighton based funk music producer. He also goes by the name of keno-1 depending on type of sounds he's making. He is related to tru thoughts. Natural Self is the ongoing project of Nathaniel Pearn, aka producer Keno-1. Pearn was originally inspired by the rhythmic force of The Bomb Squad's productions for Public Enemy, and hip hop was the primary influence on his first forays into music. His hometown of Oxford was just near enough to London to pick up Tim Westwood's then semi...

Natural Self is a Brighton based funk music producer. He also goes by the name of keno-1 depending on type of sounds he's making. He is related to tru thoughts.

Natural Self is the ongoing project of Nathaniel Pearn, aka producer Keno-1. Pearn was originally inspired by the rhythmic force of The Bomb Squad's productions for Public Enemy, and hip hop was the primary influence on his first forays into music. His hometown of Oxford was just near enough to London to pick up Tim Westwood's then seminal Capital Rap Show floating across the airwaves. The beats he heard as a teenager led him forward, to the future hip hop of DJs Shadow and Krush, and back to its roots in the American funk of the late ‘60s and early ‘70s. This sparked a keen appreciation of musical lineage as well as a sense of the possibilities of the future. Crate-digging culture introduced him to a whole world of music and broadened his horizons immeasurably and part of The Broken Keys.

2001 saw Natural Self’s production debut with the "Shakedown/The Soul step" single on Tru Thoughts. With seven years of DJing experience already under his belt by this time, he knew exactly how to work a dancefloor, and both tracks had a strikingly direct and confident sound. The characteristic combination of raw drums, polyrhythmic percussion and strident horns would become a signature style of the several singles that followed, notably in the mighty "Heavy Heavy", the renowned collaboration with his good friend Nostalgia 77 (recorded as Keno-1 & The Hermit). This style became increasingly sophisticated and subtle, as showcased on Natural Self's 2006 debut album ‘Let Peace Be The Ruler’ for Breakin’ Bread records. This album saw the introduction of live recording into the Natural Self sound as well as a first full-vocal production with Alice Russell on "I Don't Need This Trouble". The first Natural Self and Nostalgia 77 collaborative album "Gravity" - recorded as The Broken Keys for Tru Thoughts – was also released in 2006, and received acclaim from the BBC 6Music Funk and Soul Show, among others. Combining the skills of the two producers, the album also featured Natural Self's first steps into singing.

Throughout this time, the demand for Natural Self’s services as a remixer was steadily rising, and he re-worked tracks for such artists as Nicole Willis, Quantic, Elizabeth Shepherd and the Canadian MC Abdominal. Natural Self's skills as a DJ also saw him travel increasingly across the UK and Europe, as his style came to incorporate Latin and African music alongside the funk and hip hop that had played such a consistent role since he first started out.

2008 saw Natural Self returning to Tru Thoughts to release his highly anticipated second solo album, entitled "The Art Of Vibration". The new long player, which was released on 30th June, saw a further development of the continually distinctive productions, featuring experiments in electronic sound as well as collaborations with Abdominal and eminent UK soul singer Andreya Triana. The album was preceded by a 12” single, "The Rising", featuring the vocals of Andreya Triana and Natural Self, gaining support and acclaim from Mark Lamarr (BBC Radio 2), Gilles Peterson (BBC Radio 1), Boca 45 and many other DJs and tastemakers around the world. Natural Self recently put together a top quality live band to take the sound of his album on the road, and their first outing was a killer performance supporting Mr Scruff - so watch this space for more action from Natural Self Live.

“It’s got quality written all over it” - Mark Lamarr
“Kooky chants, dirty brass and all kinds of wonky beats...Cracking.” - iDJ Magazine
“takes his startling soul brew to fresh depths…melting cool melody over old school beats in a showdown with the shadows of dubstep” - DJ Mag
“An awesome return to TT for Natural Self …encapsulates everything that is good about music and diversity right now. Go get.” - Pimp Magazine
“By rights this should be the LP that breaks this young man into the big time.” - Shook Mag
"The Art Of Vibration is one of 2008’s winners and I hope it receives the attention and accolades that it duly deserves." - juslikemusic.com
more @ www.breakinbread.org/profile_nself.html Read more on Last.fm. User-contributed text is available under the Creative Commons By-SA License; additional terms may apply. 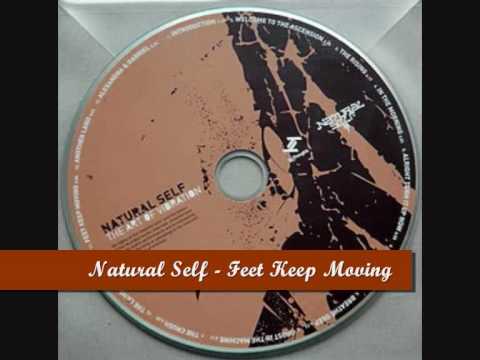 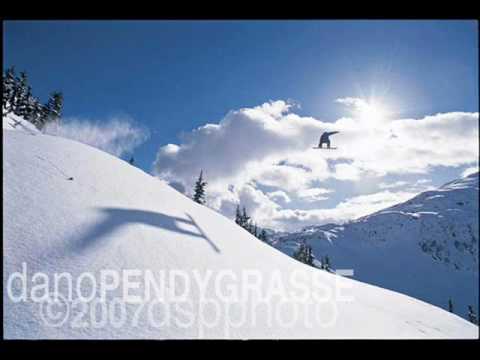