There are two artists that are referred to as Mylo: 1. Myles MacInnes, born 1978 on the Isle of Skye, Scotland, has a trajectory that takes in a childhood on the Isle of Skye, low life in London and Paris and academia in Oxford and Los Angeles. In 2001, he returned to Scotland with one purpose – to submerge himself in music. In 2006, with his debut album unleashed on the world and numerous hit singles and sell-out tours under his belt, he has been hailed 'the saviour of dance music'. The start...

There are two artists that are referred to as Mylo:

1. Myles MacInnes, born 1978 on the Isle of Skye, Scotland, has a trajectory that takes in a childhood on the Isle of Skye, low life in London and Paris and academia in Oxford and Los Angeles. In 2001, he returned to Scotland with one purpose – to submerge himself in music. In 2006, with his debut album unleashed on the world and numerous hit singles and sell-out tours under his belt, he has been hailed 'the saviour of dance music'.

The startling debut album, Destroy Rock & Roll demonstrates that MacInnes is equally happy warming the soul as he is rocking the dancefloor. "I'm just having fun in the studio," he begins. "It's got to have impact, otherwise I just don't see the point". Listening to his debut album, 'Destroy Rock & Roll' it's obvious that impact isn't his only weapon. The high-octane guitar chords, heavy-duty beats and raucous vocals of Destroy Rock & Roll, Muscle Car and Drop The Pressure are backed by the sun-kissed chords and Bay Area beats of tracks like Sunworshipper and Need You Tonight. While In My Arms harks back to his soft rock radio days.

Growing up on Skye, one of the furthest flung corners of Europe, MacInnes couldn't be too choosy about his sources of music. "Basically we had Atlantic 252," he explains. "It was this kind-of soft rock station on long-wave. We all believed it to be transmitted from a boat floating out in the mid-Atlantic."

Music continued to be part of his life when he left the island to go to Oxford University. "I think I was listening mainly to charity shop records at that point", he recalls. "What else? A real mixture – anything from Squarepusher to Serge Gainsburg. A couple of years later, he found himself taking up a scholarship to do a Philosophy PhD at UCLA, California. "It was a great time," he says, wistfully. "I had this old VW Scirocco, and a lot of time to just drive around with the radio on. There's this vibe to West Coast music, they're really living in paradise but they're still completely fucked-up, and you can hear that in everything from Randy Newman to Dr. Dre."

After a year inspired by his experiences travelling along the west coast, Myles deferred from UCLA and returned to Skye to start making records of his own. With influences ranging from seventies intellectuals Steely Dan and eighties soft-rockers Toto to current artists such as Zongamin and Franz Ferdinand, it's no wonder the results are so startling. "I don't know much about genres," he confesses. "To me, a good record is a good record, and that's it."

Tinkering around in his home studio In 2001 everything began falling into place. "I sent my first demos off and, straight away, got a couple of offers." After considering the deals, he decided to go it alone, and with the backing of a couple of friends Breastfed Music was born.

Following the release of his debut, Destroy Rock and Roll in May 2003, the response to Mylo has been overwhelming, with The Face describing him as "Scotland's answer to Royksopp". He has since signed a major record deal with Sony BMG who are also releasing the album in the US and Canada.

Mylo may operate alone in the studio but for his live performances he's joined by a quartet of sonic pioneers. With Mylo himself on keys, William Threlfall - synths and guitar, Lewis Harley - bass, Hector Macinnes – drums, and stunning visuals by The Phantom, who also accompanies Mylo on the larger DJ dates. The live shows have taken Myles and his band around the world, completing numerous sell-out headline tours and playing all the major festivals. More recently Mylo's DJ sets have taken him even further, including playing LA's Coachella Festival in 2006 immediately after Madonna. Mylo is now considered one of the heavyweight DJs of the world.

Destroy Rock & Roll is a refreshing and startling debut - a long-player that rivals the likes of Air's Moon Safari, Daft Punk's Homework and Royksopp's Melody AM. Now almost platinum in the UK and spawning several massive radio and club hits (4 top 20 singles), it has been cited by many, including Sir Elton John, as their 'album of the year'. And Mylo's remixes for the likes of The Scissor Sisters, The Killers, Kylie Minogue, and The Knife have defined clubland, confirming Mylo as one of the hottest remixers around.

The rest of 2006 sees Mylo working on the long awaited follow-up album to ‘Destroy Rock & Roll', as well as continuing his domination of the international club scene, with numerous DJ sets planned at venues and festivals around the world.

2. Mylo is an American rapper from Los Angeles, California, and was a member of The BackPackerz with LooFy and Sly Tendencies (now apart of the hip-hop group OFWGKTA as Earl Sweatshirt). Read more on Last.fm. User-contributed text is available under the Creative Commons By-SA License; additional terms may apply. 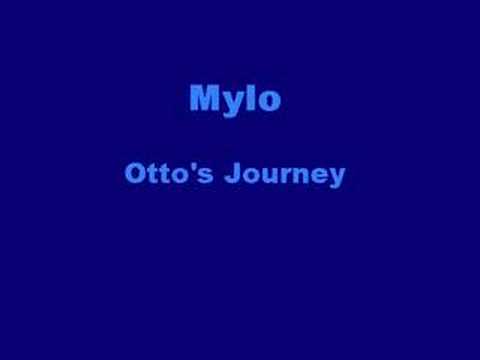