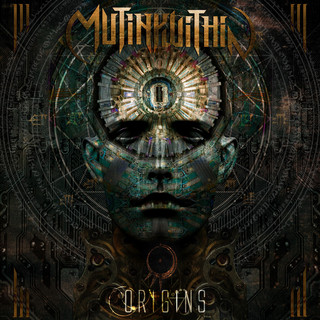 “Keep it heavy, keep it fast and keep it clever. Never pace to anything. It is an active record.” That’s how bassist Andrew “AJ” Jacobs, the sole founding member, effectively encapsulated what Mutiny Within and their self-titled debut are about. The resulting album, Mutiny Within, is the culmination of years of figuring it out, getting it together and finally making it work and it’s all manifested in an album that is almost shocking in its technical prowess and its use of melody amid maelstrom....

“Keep it heavy, keep it fast and keep it clever. Never pace to anything. It is an active record.” That’s how bassist Andrew “AJ” Jacobs, the sole founding member, effectively encapsulated what Mutiny Within and their self-titled debut are about. The resulting album, Mutiny Within, is the culmination of years of figuring it out, getting it together and finally making it work and it’s all manifested in an album that is almost shocking in its technical prowess and its use of melody amid maelstrom.

Jacobs can sum up Mutiny Within’s sound as “shred with clean vocals, with a little bit of screaming, metal riffs, accessible parts and a lot of melody. We wanted to get all the melody in there. That is the number one thing for us. We want the music to reach metal fans and beyond. We want to reach everyone in between.”

While these metal upstarts Mutiny Within may have started out as a Children of Bodom cover band – and they’re not embarrassed to admit it since they did grow out of it quickly only to become their own shred-happy entity- the sextet truly stepped on the path to recognition when they started writing their own songs. With origins in the great state of New Jersey, known for producing some of the top, up and coming metal talent in recent years, Mutiny Within also demonstrated their ability to remain ahead of the curve by embracing technology (and we’re not talking about the studio trickery kind) and social networking features to take their band to the next level.

Jacobs formed the band in 2002 and endured a turbulent yet typical early existence until he solidified the lineup. His younger brother Brandon actually plays guitar and was a mere 18-years-old when he recorded the album. Vocalist Chris Clancy was imported from England after the band discovered this talented vox over a YouTube video and now resides in New Jersey. This is a band, who with their self-titled debut, are on the verge of being the valedictorians of the Guitar Hero generation. They play with astonishing technical skill with a forward-thinking songwriting style that can be viewed as modernly progressive, but definitely not “prog.” The band’s use of keyboards also elevates their sound above and beyond just another up and coming metal band.

“We were looking for a vocalist and we saw a video of Chris singing, so we contacted him and asked him to try putting vocals over one of our songs,” Jacobs recalls. “He was the first audition and he rocked it. It was perfect. The only problem was that he lived in England, but he took a risk, flew over and made it work. He lives in my house now.” Indeed, Mutiny Within keep things in the family, since the band practices in the basement of drummer Bill Fore, who lives a mere twenty minutes from the Jacobs’ abode.

Once Clancy committed to making the trek across the pond- he had nothing else to lose as a 23-year-old English kid working at a T-Mobile store- this band of hungry, young turks, who play like a troupe of seasoned, shredding veterans, wrote a whopping 50 songs together, fuelling one another’s creativity. The flurry of activity surrounding the band, including their enthrallingly intense live show, captured the attention of Roadrunner Records, which signed the band. After the signing, the band kept writing and eventually went to work with producer Jason Bieler. Clancy’s college friend, Dan Bage, eventually joined the band in the middle of recording, which not only makes Mutiny Within an unintentionally “international band,” but was a situation that invigorated them, too. “Dan was so good that it wasn’t like we were in the middle of making the record and got a stranger,” Jacobs recalled. “It was Chris’ friend and the best guy for the job technically. He flew over, we threw him in the studio, and he did seven solos, wrote four verses and helped rewrite parts, so he is just as important to the band.” Clearly, Mutiny Within are a band that can be thrown into the crackling fires of chaotic situations and emerge stronger and more focused than before.

Clancy started singing when he was 15-years-old and consistently worked to hone his craft through noted vocal coach Melissa Cross, so he could truly learn to sing, which only adds to the depth of dynamics on Mutiny Within. He was not hesitant to abandon his native England in order to pursue his rock ‘n roll and heavy metal dreams, either. Clancy said, “I wanted to do this since I was a kid and first started playing in bands. I got myself in a band in Wales and then I dropped my social life there and abandoned my friends to write music and to practice, but that didn’t go past the interest stage, so it wasn’t a hard decision to come to America. I quit the job, got on a flight and came over. I spent my life trying to be in a band. That was always my plan, so I told myself if I have to move to do it, I’ll do it.”

“We have all these technical guys who can play so many types of music and have so many different tastes, so for those 50 songs, we went around the world and back,” Jacobs says. Obviously, not all 50 songs made the cut, but the sheer numbers demonstrate the band’s abilities and range. “The 11 songs we picked for the record are our best songs,” Jacobs adds.

The band was introduced to the metal world in Fall 2009, via their first national tour with Soulfly, Prong and Cattle Decapitation, in addition to the dozens of local, hometown shows they’ve logged and tucked under their belts and will spend much of the year following the release of Mutiny Within touring and turning heads.

The opening track “Awake” is one which defines the band’s sound, with Jacobs saying, “we get more diverse, with different keys, tempos and styles throughout, but that’s the song that defines our sound.” “Reflections” is another band favorite, thanks to its unforgettable melodies. While Jacobs says that “Forsaken” is the song where “we stepped outside the box to show a different side of the band, with clean guitars.”


It appears as though the Mutiny Within story is just beginning and that the ins and outs of their formation will lead to a happy ending. “We dedicated our whole lives to this,” Jacobs said. “Two guys dropped their lives in England and didn’t know if it would work, since we weren’t even signed at the time, but we had that dedication to do it.”

Certainly, Mutiny Within aren’t a traditional band, having used technology and the Internet to their benefit and thus forcing the band to work in different ways. “Most bands get in a van, go out, play, tour, tour, tour,” Jacobs said.
“We’re at that chapter now. The focus for us was always just writing songs. That’s been our lives. We played 30 shows with Chris and then got signed. We made every song as special as the next. Each track has lots of time put into it. We were a band that aspired to get a deal and make records, so we made the focus of efforts the songs.”

Mission accomplished on Mutiny Within: 11 songs that usher in a new generation of me Read more on Last.fm. User-contributed text is available under the Creative Commons By-SA License; additional terms may apply. 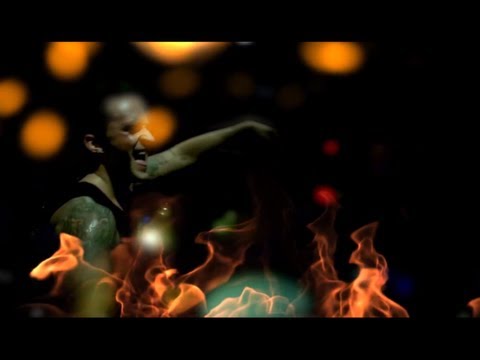 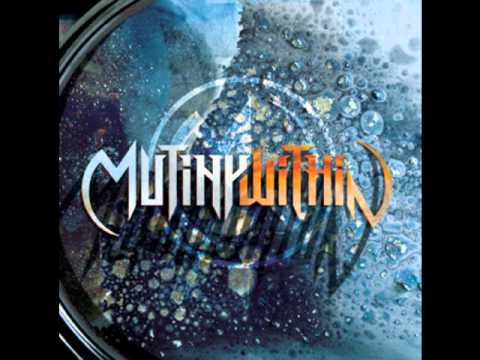 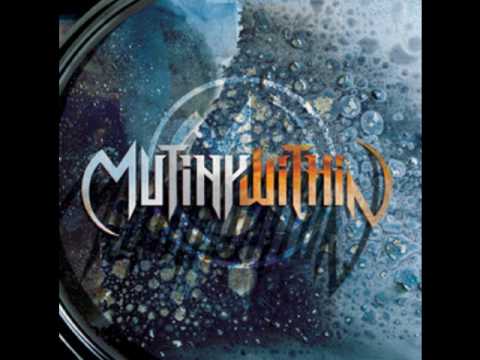 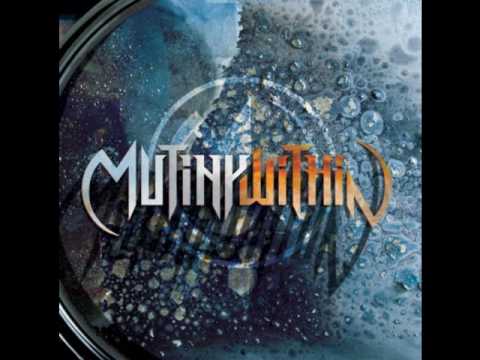