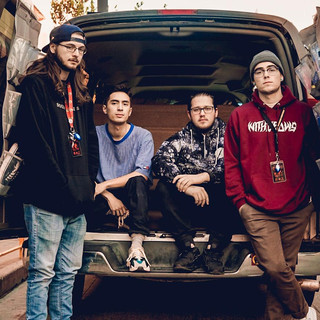 There are more bands with this name: 1. Put aside the vintage t-shirts; strip away the labels and signifiers; dont mind the school-boy looks and tattoos. Just listen to the catchy, inescapable pop-ridden music of Mugshot. Their simple goal is to write great pop songs with dashes of current punk. Mugshot have put in over 7 years of relentless independent touring, recording and living. Selling over 2000 copies of their Get Well Soon EP, touring all over North America with some big bands and som...

There are more bands with this name:

1. Put aside the vintage t-shirts; strip away the labels and signifiers; dont mind the school-boy looks and tattoos. Just listen to the catchy, inescapable pop-ridden music of Mugshot. Their simple goal is to write great pop songs with dashes of current punk.

Mugshot have put in over 7 years of relentless independent touring, recording and living. Selling over 2000 copies of their Get Well Soon EP, touring all over North America with some big bands and some small bands, and being featured in various magazines, Mugshot continues convincing new fans everyday. Luckily, their first full-length album, Pause and Reflect is finally coming.

For three months, the band were held up in the studio with producer, Murray Daigle (The Fullblast, Not By Choice, etc) writing and recording their album for JTB Records. Really, it has been years in the making by crafting their song-writing, refining their line-up all to simply write great pop songs. And thats what theyve done.


2. Mugshot from Denmark: The band was formed in 1998 by Kim Orneborg, Søren Stærk, Philippe Bartram and Claus Samuelsen. Later that year bass player Martin Brand joined the group and came up with the band name, MUGSHOT. Søren, Philippe and Claus had played together in the Danish grind-core band “Revolting Phimosis” and played numerous shows with Kim Orneborg’s former band “Coitus Interruptus”.
Mugshot played lots of gigs and among them, a memorable show in front of a huge crowd, in the Copenhagen squat “Ungdomshuset”. After the show Mugshot were told that they couldn’t play there again, due to vocalist Kim Orneborg’s “sexy moves” on stage.

In February 2000 the band went to record their first demo, “Mugshot and shit”. It came out as a 5-track demo and had a very lo-fi sound to it. The next recording went down in 2001 with producer Jacob Hansen (Raunchy, Volbeat, Invocator etc.). The demo was named “Grinding Teeth” and contained 4 tracks. The next couple of years, Mugshot played numerous concerts, mostly in Denmark, but the band also played in Germany and Spain. The band entered a music contest called “Bilborock” in Spain, a European music contest and they won the Metal category. At that time, the band had parted ways with Claus Samuelsen, and guitarist Kræn Meier (Sacrificial, Strangler etc.) had taken over his duties in the band.

After a break in 2005, the band used the pricing money from the “Bilborock” contest, to record a full-length album, with producer Flemming Rasmussen.This happened in early 2006. (Flemming is also known as the man who produced Metallica’s “Ride The Lightning, “Master Of Puppets” and “…And Justice For All”). Producer Tue Madsen (The Haunted, Hatesphere, Sick Of It All etc.), had his hands on 5 of the tracks. A promo called “Pounding Blood” was made in a limited number of copies.

Shortly hereafter, the band’s single guitarist, Søren Stærk, asked Victor Ray if he wanted to join forces as guitarist in Mugshot. He wanted in, and was immediately accepted as a perfect match.

The autumn of 2006, Sony BMG contacted Mugshot and a record deal began to take form. It took a year before the contract was signed, and it was now time to make the bands debut album. Once again, Tue Madsen where contacted.

In November 2007, Mugshot went to “Starstruck Studios” in Copenhagen. All instruments were recorded here. Vocals were recorded at Tue Madsen’s Antfarm Studio.

In January 2008, the album “Piercing Random Lives” was completed. Tue produced and mixed the album and it was mastered by Maor Appelbaum, “RadioStar Studios”, USA.

3. Mugshot is a punk rock band hailing from Turku, Finland. They started as a cover band in 2001 but have now recorded 5 demos and a single. Now they are gigging and making new songs.

4. Mugshot is a South African rock band. Their latest album is called Broken Finger and the two tracks that are getting a lot of radio play in South Africa are Bare Bones and Northen Lights. Their webpages is www.mugshotband.co.za. Read more on Last.fm. User-contributed text is available under the Creative Commons By-SA License; additional terms may apply. 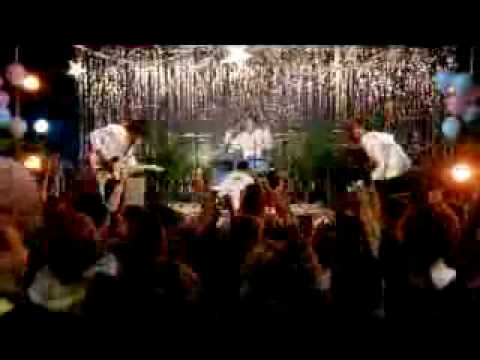