Mr. Meeble is a Phoenix, AZ, USA electronic rock band, formed in late-2005, by Devin Fleenor and Michael Plaster. They make glitchy organic electronica and dark experimental pop - connected by bits of soul, hip-hop and rock. Their latest is EP "Nostalgic For Now" (Jun 2012, self-released). Flying in the face of earthly convention, Mr. Meeble issues a warning to everyone who checks out their indie début album: "Never Trust The Chinese" (Jun 2008, Absolute Motion). Between its title and conten...

Flying in the face of earthly convention, Mr. Meeble issues a warning to everyone who checks out their indie début album: "Never Trust The Chinese" (Jun 2008, Absolute Motion). Between its title and content - this trio’s sensual and soulful pop meets dark electronica record is bound to drop jaws, turn heads and offend, oh, maybe about a billion people.

But it’s nothing personal… well, except for the one nameless female who inspired this collection of songs that tell stories of the denial and despair of lost love, personal accountability, remembering, mourning and finally, just maybe, a glimmer of hope.

Like their nearest ‘sounds kinda like’ cousins, Mr. Meeble incorporates both stellar instrumental work and an ethos of lyrical authenticity. Reminiscent of fellow French band Air, NTTC has moments of smooth, breathy vocals over spacey synths, chilled-out Rhodes and orchestral strings. At other times, it sounds similar to Thom Yorke’s Eraser with its emotive, pained vocals over minimal, tense electronics. Those familiar with Massive Attack’s Mezzanine will identify with NTTC’s dark, plodding and ominous vibe. The curious mix of stops, glitches, pops, whizzes, bleeps, stutters, and scratches together with sweeping, sometimes unnerving, visceral emotion is as close to opposites becoming singularly effective as you will find in music, or any art form, for that matter.

Named after an accidental sound made from Styrofoam, Mr. Meeble has developed a hybrid style so unique that critics are having to dig deep into their creative well to describe it. Jason Farrell, of Fender Guitars, hits the nail on the head when he says of Chinese: “At once deliciously vintage and über-futuristic, Mr. Meeble conjures up the comforting subconscious sounds of 70’s one hit wonders mashed within songs destined for next millennium’s soundtrack for space travel… modern, filmy and altogether otherworldly.” Scott Lemerand adds: “This is the music of rust colored skylines and forgotten alleys, the shimmering reflection of streetlights in rain puddles… that exists outside the stereo, it manipulates the mind and brings forth images both eerie and enjoyable. While NTTC is, in one vein, a very unusual, experimental record, it is also a very smart pop record. This is pop music for people who don’t like pop music.”

Mr. Meeble was born as an electronic echo of the cosmos for those who are to travel through it, and not because any one member professes to being an accomplished musician. They are all native Parisians who met through their work developing Styrofoam accessories for the French National Space Agency (CNES). When cosmonauts in the CNES requested music for their maiden voyage, Devin Fleenor volunteered for the project and recruited Blain Klitzke and Michael Plaster. "Releasing albums and playing concerts was an unexpected consequence of our work. Our primary allegiance will always be to the CNES," proclaims Fleenor, who is the band’s front man, producer, and vocalist. “We're noise manglers and sound benders," explains Klitzke, evoking an image of the trio dressed in lab coats, maniacally assaulting a phonograph with an assortment of bizarre utensils and melted rubber. He and Plaster provide the rich, intricately placed mortar to Fleenor’s track-building vision; Klitzke co-produces, designs sounds, and crafts beats, while Plaster contributes with lyrics and songwriting.

The first track on Never Trust the Chinese, “Fine”, introduces listeners to the band by featuring Devin’s faraway, dreamy vocals explaining away his inevitable cynicism within a cushy, extremely hum-able melody. “Dragonfly” is a more upbeat, optimistic tune displaying the album’s lighter pop and soul sensibilities. The blissful mix of instruments and quirky vocal arrangements are not unlike their retro-rocking, electronics-infused counterpart, Stereolab. Moby and his use of vintage blues elements comes to mind with “It All Came to Pass”. The song issues forth a slow, lamenting, soul-filled groove founded on an unpredictable beat that meanders into bursts of electronic bites, evoking an image of a New Orleans Bayou thrust a century into the future. The emotional apex of NTTC is “A Ton Of Bricks,” where the calm of an amazing love is slowly smashed into bits by chaos and pain. “The lyrics are dark, introspective, vulnerable, and simple without sounding common or cliché,” says Fleenor. “The album runs like a progression of feeling imminent doom, to that doom hitting you straight in the head, and on through the aftermath.”

Whether it is the lifelong battle between practicality and ideology within the human soul; the disparities concerning men vs. women; or the epic struggle between life and death, our desires, proclivities, and emotions are significantly influenced by the push and pull of every day dualities. Experimental bands like Mr. Meeble add to the stockpile of yin and yang in our brains via an auditory profusion of diverse implications. “It is a dichotomy of extremes: both futuristic and retro, both technical and organic, both earthy and otherworldly,” says Fleenor, “We’re bringing two very different worlds together: the world of electronica, founded on space age sounds and cutting edge French technology, and the world of pop/rock where artists connect with listeners through strong melodies and down to earth lyrics. Sometimes it’s very minimal and pristine; sometimes a chaotic tsunami of sound.” The diverse fearlessness of their music is a fitting representation of who they are: like the original beneficiaries of their sound, Mr. Meeble is set on breaking away from earthbound restrictions. 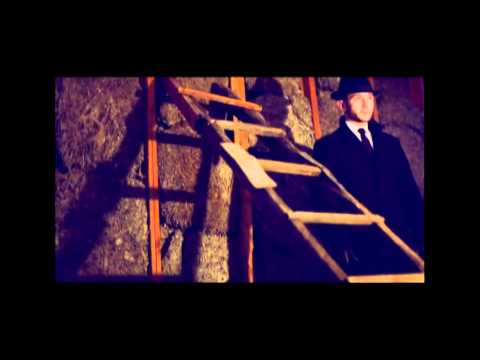 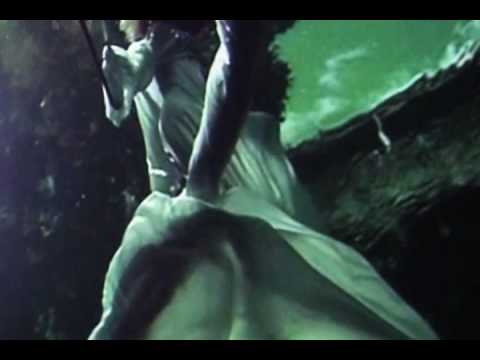 until i grasp the second