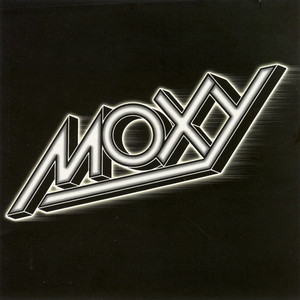 Moxy was a Canadian rock band, formed in Toronto, Ontario, in 1974, from previous members of the rock group Leigh Ashford — which included singer Douglas "Buzz" Shearman (former teen singer of Sherman & Peabody) alongside Greg Godovitz of Fludd & Goddo and Gil Moore (later of Triumph), Earl Johnson (former member of King Biscuit Boy), Bill Wade (former member of Outlaw Music and Brutus under the alias Hally Hunter that also included Gino Scarpelli of Goddo) and Terry Juric, (former member of Outlaw Music) as Leigh Ashford. The group changed its name to Moxy in late 1974. This name change was accompanied by a change in the group's sound. Buddy Caine a former band mate of Earl Johnson was added to the group in 1975

The original version of Moxy was actually one of a number of groups Buzz Shearman had been in. After the breakup of Sherman & Peabody (named after the cartoon 'Mr Peabody's Improbable History'), which also featured Greg Godovitz (Fludd & Goddo) and Gil Moore (Triumph) - he bounced around a few other Ontario groups which included Flapping. But when the nucleus of that group left Hamilton to become Ian Thomas' band Tranquility Base, Shearman returned to Toronto and joined the already-established Leigh-Ashford. Following that bands' demise in '73, he hooked up with guitarist Earl Johnson and drummer Bill Wade, who he'd played with before in Leigh-Ashford. They added Kim Frased on bass and began playing together in the spring of '74, still calling themselves Leigh-Ashford and carrying on the tradition of the 'original' band of putting on one of rock's better live shows without all the 'fluff'. After problems left them bassist-less, Johnson recommended Terry Juric, who he and Wade had played with in Outlaw Music. A name change later and they released "Can't You See I'm A Star" as a single for Yorkville Records in '74.

They landed a deal with Polydor the next year and flew to New York to record their first album with producer Mark Smith. While in The Big Apple, the rock-Gods were smiling. Legendary guitarist Tommy Bolin (James Gang, Deep Purple) happened to be in the studios and ended up working with them on the record. The eponymous debut was released that summer, with "Fantasy" as the first single. When they returned to Toronto they recruited Buddy Caine as a second guitarist and in no time at all they'd become regulars on the Ontario bar circuit, quickly gaining a reputation as a no-nonsense, to-the-bones rock band. MOXY II came out a year later and spawned the hit single "Take It Or Leave It". Their simple and blunt approach to music earned them several 'hot tour pockets', including Texas - where they travelled with Triumph - another Dixie-land fave.

But by the time they were on the road in support of '77's RIDIN' HIGH, Shearman's on-again off-again throat problems resulted in him having to quit the band after the tour. He would try his luck afterwards on his own with Buzzsaw. But the nagging problems also kept him from replacing the deceased Bon Scott in AC/DC. He would later do a duet with Lee Aaron on her solo debut called "Texas Outlaw". Moxy would go on - recruiting Mike Rynowski on vocals. Along with new drummer Danny Bilan on drums, they released UNDER THE LIGHTS in the spring of '78. But tracks like "Highschool Queen" and "Sailor's Delight" weren't what was expected - and dismal sales at the cash register spelled the temporary end of Moxy. Rynowski would change his name to Mike Reno and go on to front one of Canada's best-sellers of the '80's, Loverboy.

Shearman regrouped with Juric, Caine, Bilan and new guitarists Woody West and Doug MacAskill for the early part of the '80's while shopping around for a new record deal. But tragedy struck in 1983 when Shearman died in a motorcycle accident. His wife Valerie was an executive with the indie label Ahed Records and spearheaded a tribute album to her late husband in '84. Caine, Juric, and Bilan formed Voodoo while ex-drummer Bill Wade had earlier formed the short-lived Bongo Fury with Goddo's Gino Scarpelli. Both groups had songs featured on the El Mocambo Records compilation called TORONTO CALLING. A greatest hits compilation called SELF DESTRUCTION was released in '95 on Pacemaker Records. Containing material from the first 3 albums, it also featured the Buddy Caine Band's "Feed The Fire", written in tribute to Shearman.

Johnson & Caine weren't doing a whole lot near the end of the decade, so along with original drummer Bill Wade, they added vocalist Brian Maxim, who'd worked with Caine in Voodoo. They decided to give another kick at the cat, releasing MOXY V in 2000. Recorded at Wade's home studio and self-produced, it very much captured the essence of Moxy - wicked guitar riffs heavy on the blues, a thunderous backbeat and a shrieking vocalist. Tragedy struck Moxy once again however, when Wade succumbed to cancer in 2001. Nonetheless, revamped interest in classic rock landed them a deal with Bullseye Records, home to MANY Canadian classic acts, who promptly re-released MOXY V two years after its original release, including two live tracks previously unavailable.

Inspired by the renewed interest, the band carried on - recruiting new drummer Kim Hunt, ex of Zon & Urgent. Hunt's rhythm partner in Zon - bassist Jim Samson also joined the troops for MOXY RAW. The band's first full live album hit the stores in 2002, serving up a healthy 16 track dose of what was always considered the band's strongest point - the energy and electricity of their live show. Maxim left the group in 2003 but the void wasn't long-lived. Alex Machin, original vocalist for classic act Foot In Cold Water picked up the microphone shortly after and filled the lead pipes slot until 2008. At that point, Russ Graham, the quirky vocalist for Killer Dwarfs took up the mic and re-launched the band in front of 3,000 fans in Boerne, Texas.
Read more on Last.fm. User-contributed text is available under the Creative Commons By-SA License; additional terms may apply. 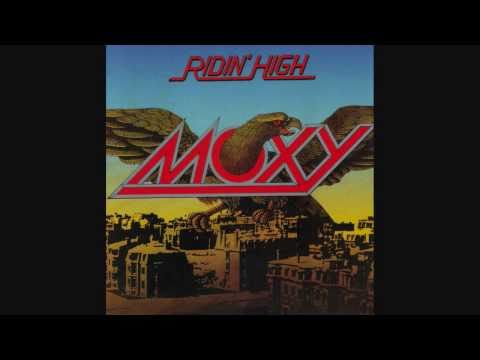