Mourning Widows was a musical project from Boston, USA, led by former Extreme guitarist Nuno Bettencourt. The band was formed in 1997, and they released two albums during their career. Despite not being widely released in the US, both albums were successful in Japan. Bettencourt formed the band after the moderate success of his 1996 solo album, Schizophonic, and the band's sound was a takeoff of the post-grunge/alternative stylings of his solo debut. The band changed its lineup in 2001 and Bette...

Mourning Widows was a musical project from Boston, USA, led by former Extreme guitarist Nuno Bettencourt. The band was formed in 1997, and they released two albums during their career. Despite not being widely released in the US, both albums were successful in Japan. Bettencourt formed the band after the moderate success of his 1996 solo album, Schizophonic, and the band's sound was a takeoff of the post-grunge/alternative stylings of his solo debut. The band changed its lineup in 2001 and Bettencourt spearheaded the Population 1 project shortly after.

Mike Mangini - drums, played at least one show in London previously to the 1st record. Mike was supposed to be the full-time drummer but decided to leave before recording to pursue other projects. It may be a controversy whether he should be considered a member of the band, since when he played Nuno still hadn't named the band.

On December 16, Mourning Widows, Bettencourt's new band, whose name was inspired by a writing he had seen on a church wall back in Portugal, had a self-titled debut album released in Japan on Polydor Records. It sold 45,000 in the first month.

In May 1999, Mourning Widows rehearsed in Melbourne, Australia for their tour in Japan later that month. The band featured Donovan Bettencourt on bass and New York drummer Jeff Consi. They played to sold out crowds.

In 2000, Mourning Widow's follow-up, Furnished Souls for Rent originally released in Japan, and then in the U.S. Both Mourning Widows releases cultivated a strong following in Japan and in the New England areas.

Nuno first met Donovan shortly after Donovan was born (Nuno's brother Robert is Donovan's father - I did say the beginning, didn't I?). Much later, whenever Nuno was over at Robert's house practicing, he would continuously prompt Donovan to take up music and join them. After breaking with his band Extreme and releasing a solo album - Schizophonic, Nuno got Donovan to join him in his touring band as bassist.

The first 'official' show they played was in January 1997 for the NAMM convention in Los Angeles for the Washburn showcase, in which they also introduced Schizophonic to the anxiously awaiting world (rumors of a solo album by Nuno had started back in the early '90s). Together with a band of enthusiastic local Boston musicians - which included Nuno's brother Paulo, they toured across North America in 1997.

In 1998, Nuno formed a new permanent band, which was his original intention after leaving Extreme. Nuno got Donovan signed on as bassist again and Mike Mangini (also of Extreme fame)hopped on as drummer; it would be a power funk trio. They played a London, UK Mad About Music show in June before Mike announced he would pursue other musical projects, leaving the newly-formed band drummerless.

Polydor Japan, who was quick to sign Nuno to a recording contract as soon as he had opted out of his contract with A&M Records (Extreme and Schizophonic label), pressured him for a release for Christmas '98. So in October - without a drummer, Nuno went into the recording studio and chose the name "Mourning Widows" for the band.

In mid-December, the self-titled "Mourning Widows" debut album was released in Japan only. It quickly reached sales of 40 000 in the first month and the band was slated to tour to support it. Nuno still needed a permanent drummer.

Meanwhile, posts around New York City and Boston in music schools and stores advertised for a new drummer who could hit hard and play funky.

...enter one Jeffrey Consi, drummer with "Opium for the Masses". At the urging of a friend who saw a notice in a NYC music store, Jeff submitted his drum demo. He was the only drummer called and they knew in that meeting that he would be the one. He joined the band officially in February. 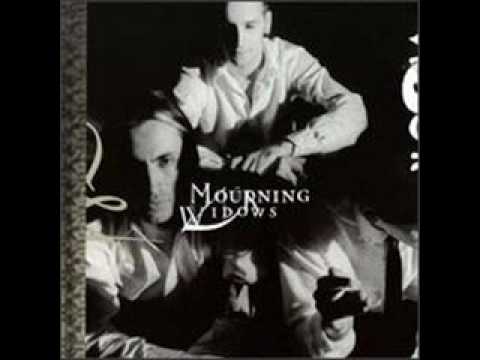 Love Is A Cigarette