With its mix of seductive bossa nova grooves and winsome indie pop, Mosquitos’ III will instantly enthrall fans of the group’s self-titled 2002 debut and 2004’s Sunshine Barato, while surely attracting lots of newcomers to the trio's sun-kissed sound. This time, the arrangements are more sophisticated and dreamily psychedelic, with lots of keyboards and synthesizer touches from programmer-producer Jon Marshall Smith. Gorgeous front-woman and Rio de Janeiro native Juju Stulbach offers the most be...

With its mix of seductive bossa nova grooves and winsome indie pop, Mosquitos’ III will instantly enthrall fans of the group’s self-titled 2002 debut and 2004’s Sunshine Barato, while surely attracting lots of newcomers to the trio's sun-kissed sound. This time, the arrangements are more sophisticated and dreamily psychedelic, with lots of keyboards and synthesizer touches from programmer-producer Jon Marshall Smith. Gorgeous front-woman and Rio de Janeiro native Juju Stulbach offers the most beguiling vocal performances and emotionally revealing lyrics of her career. Along with original material co-written with guitarist-singer Chris Root, she reinvents Neil Young’s “A Man Needs a Maid,” from his classic Harvest, as a melancholy ballad sung in Portuguese.

Like most of III, that ingenious choice of cover is suffused with what the Brazilians call saudade, a word that defies literal translation but signifies a bittersweet sense of longing. Saudade gives even the breeziest bossa nova melodies a tinge of melancholy and makes them all the more entrancing. All of the tracks here have smart, sing-along arrangements that will draw you in and undercurrents of wistful feeling that will keep you listening raptly for a long time to come. III, you will discover, is also an engrossing soundtrack to a very real story.

In the fall of 2005, after touring North America with their live band-mates, bassist Mikey Onufrak and drummer Mark Robohm, Juju and Chris decided to escape the approaching New York City winter to spend quality time in the places that had inspired their music. Keyboardist Jon, in demand as an engineer-mixer, stayed behind at his studio. The group had already cut almost an album’s worth of tunes, but felt they weren’t ready to release anything yet. First stop was the Pacific coast of Oaxaca, Mexico. (Check out Juju and Chris’s photos at www.mosquitosnyc.com.) There they witnessed the November Day of the Dead events. As Juju recalls, “It was a beautiful experience. By celebrating death, everyone was really celebrating life. It was a time to talk to the ones who’d left this world.” Juju wept when she left Mexico, but had reason to be happy too: she and Chris were going to see her family in Rio. That’s where the Mosquitos’ sound was created, in a studio/shack near Ipanema, the setting for the group’s oft-licensed tune, “Boombox.”

Back in Rio, Juju hung out a lot with her mom, Anna Morato, a dressmaker. Anna not only supported Juju’s career, she designed her daughter’s stage outfits, which matched in color, fabric and cut the vivacity of the Mosquitos’ music. Three weeks into Juju’s visit, “after a great sushi dinner where we drank caipirinhas and laughed a lot,” Juju explains, her mother, a relatively young woman who’d experienced a few fainting spells earlier that month, suddenly passed away. “The world became a completely different and surreal place for me on the days following her death,” Juju says, “ full of rich life and deep love and sadness mixed together everywhere. When we got back to New York City a little over a month later, I felt that my mother had come with me.”

An acceptance of fate’s role in one’s life is another aspect of saudade; Juju and Chris felt that destiny had sent them on their journey to South America. The songs they wrote or reworked from those earlier sessions became a sort of diary of the joy and sadness, highs and lows, of the previous months. As Chris put it, “We wanted the music to continue to grow the same way we were growing, as a band and as people. We spent more time and thought nurturing the sounds, the vocal performances, the ideas behind the songs.”

Mosquitos’ work has always been partly autobiographical. Their debut disc cheerfully chronicled Chris’ wooing of Juju across two hemispheres. The material on III is personal in a deeper way, though knowledge of the back-story is not a prerequisite to appreciating these tunes. Songs like “Ele” have the same sort of easy-going bossa nova groove as “Boombox” and “Sunshine Barato”; “Mama’s Belly” accelerates that groove and adds a kooky speed-jazz guitar solo from Mikey, switching from bass. “Soap” is early-sixties pop balladry a la “A Summer Place,” with roller-rink organ and record-album scratches, designed specifically for dancing close and slow. “Just A Touch” channels the Lovin’ Spoonful’s cheerful jug-band sound and even features a kazoo solo.

As Juju learned in Mexico, sometimes the best way to deal with the most difficult moments is to celebrate our most treasured ones. III is a celebration of life, love, sex, music, ephemeral pleasures and enduring feelings. It’s guaranteed to warm your heart throughout our chilliest seasons. 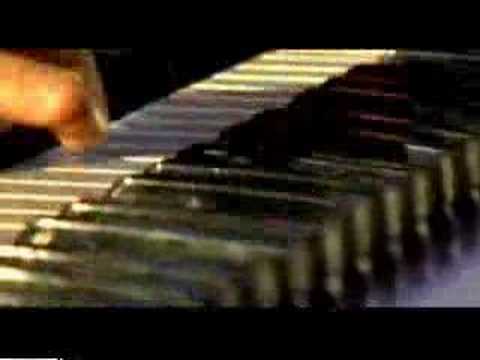