The duo is formed by a couple of twins who play different musical instruments: Francesco (Kekko) at keyboards and Federico (Kikko) at sax, flute and voice. The two brothers, sons of sax player Germano Montefiori, a talented 60’s and 70’s musician, before becoming Montefiori Cocktail, have worked separately. Francesco was a producer of house and breakbeat music, while Federico played sax in many bands, such as Ladri di Biciclette and Good Fellas . Their career as Montefiori Cocktail starts in...

The duo is formed by a couple of twins who play different musical instruments: Francesco (Kekko) at keyboards and Federico (Kikko) at sax, flute and voice.

The two brothers, sons of sax player Germano Montefiori, a talented 60’s and 70’s musician, before becoming Montefiori Cocktail, have worked separately. Francesco was a producer of house and breakbeat music, while Federico played sax in many bands, such as Ladri di Biciclette and Good Fellas .
Their career as Montefiori Cocktail starts in 1997 with the release of “Raccolta n. 1” followed by “Raccolta n. 2” in 2000 and "Re*Shaken-remixes album" in 2002, published by Irma.
After three years and their move to Sir Richard Branson’s V2 Records, their third album, titled “Raccolta n.3”, was released in November 2003.

Their music is inspired by the sound that used to be called "Easy Listening" and that has become in its modern form, "Lounge Music".
Montefiori are Italy’s major representative of the easy listening evolution, offering the 60’s sounds enriched with technological elements.
Their style is inspired by the 60’s and the beginning of the 70’s. They grasp the vitality spirit conveyed by that period music, by reproposing it in musical forms that belong to our time, through the contamination with house, breakbeat, jungle, drum 'n bass sounds, etc..

They revive the 60’s cult soundtracks, music from tv commercials, while travelling on Star Trek’s spaceship of melancholy to sail in the ocean of “de-ja vù” and easy dance. It’s a music to have fun with, for relaxed people and not only.

Many of their tracks have been used for the opening titles or as a musical background at both local and international radio and tv stations, they have also been featured in famous tv commercials for well known brands and have been used in film soundtracks.
Their musical taste has attracted many artists, for whom they have composed tracks and remixes (Claudio Coccoluto, Giorgio Conte, Johnson Righeira, Roy Paci, Pizzicato Five, Quinto Rigo, Skiantos ecc...) .
They have an incredible “live” history: from 1997 up till today they played in over five hundred concerts in Italy and around the world, they took part to many important festivals like Festival Jazz in Montreux, Copenhagen Jazz Festival, Warsaw and played in locations that are considered music temples like Jazz café, Blow Up, Madame jo-jo, Cargo in London, Cabaret Savauge in Paris, Casanova Revue, VolskGarten, B72 in Vienna, many tours in Russia ,etc..
In 1997 they played in a month long tour in the States in cities like New York, Los Angeles, San Francisco, Philadelphia and many others.

Times have been exhibited to London various and above all in the former ones tempio of the Easy Listening "Madame Jo Jo" in Soho , to the WAG for the "Blow Up"night, to the Jazz Cafè and to the Cargo that is one of the premises emerged to London. This in order to onlytowns more important.
Later on in Italy will carry in tour in the more important Italian clubs (Mercati Generali-MI, Boa Goa-GE, Link-BO, Brancaleone-Rome) for two times with with in Deejays di Karminsky Experience and with the singer showman Count Indigo a show set up to the English way of the Lounge clubs and will call it "London Cocktail Party".

27 May 1998 they play in directed to RadioRai 2 from the studies of Via Asiago, 10 to Rome in the evening of Sounds and Ultrasuoni that for l'occasione will call "Ultrasuoni Cocktail" conduct from Francisco Adinolfi, in the evening has moreover participated also the Sig. Piero Umiliani (Mr. Mah na mah na) with his original quintetto (d'epoca). The collaboration with Adinolfi will continue in the time and will carry to the realization of "Cocktail Parade", that is the charts of hits of the moment in Cocktail-version from the M.C. . In a special evening this program came transmitted from the alive one from Bologna where the M.C. together to the Germano father were exhibited from the alive one realizing also together to Lucio Dalla, From of his famoust songs riarranged. Today this program comes still transmitted every saturday from 21,30 on Radio RAI 2.

M.C. March 1999 in Graz in Austria, has participated like "musical choreography" playing from the alive one in the evening of premiazione of "Diagonal 1999", the more important cinematographic review of the Austrian cinema.

May 1999 hosts to Berlin for the Bungalow Night, in occasion of the presentation of the last disc of the "" titolato "Dauerfish the crime of the century".
The following week, they have played to Paris, to the Sauvage Cabaret, nell"ambito of the Tricatel Party, with to all the other artists of the Tricatel Records, that it would be the greater exponent of the Easy French Listening.

The 12 June 1999 to Montecchio of Reggio in the Emilia, participate to the First festival international Lounge, flank of the Pizzicato Five, Hammond Inferno, Mina, Karminsky Esperience, Count Indigo, Nicola Conte, Vip the 200 and all Italian the Easy scene. In this festival they participated more than 2.500 persons.
Same festival repeated the year after to Correggio with also Thievery Corporation, J.J.Johanson ecc.. .

Copenhagen in July 1999, the within of the Copenhagen Jazz Festival. In Denmark in june 2000 they have always played to Aalborg (the city more to north of Denmark) in the within of the called review "Intercosmos", a review a lot important in Denmark, that it comes also transmitted from Danish national radio (DR3).

In October 2000 to the Festival Jazz of the Warsaw (oldest d'Europa) that one calls "Jamboree Jazz Festival".
Cannes 2001 of the festival of the cinema, in the party exclusive of presentation of mega kolossal "LORD OF THE RINGS"

In several tour the Europeans they have realizes to you you vary party for the Martini to Moscow and in Greece (Salonicco).
Numerous times have played to Vienna in the more important premises (Casanova Revue, VolskGarten, B72 etc...) and for party organized from the tourist agency of state an Austrian.
Also in Italy they have various times played for important convention: Nokia, Missoni, Roberto Horses, Bliss jewels (Damiani jewels), Broke, Compaq computers, Camel active and ibazaar together to the most likeable Platinette. Read more on Last.fm. User-contributed text is available under the Creative Commons By-SA License; additional terms may apply. 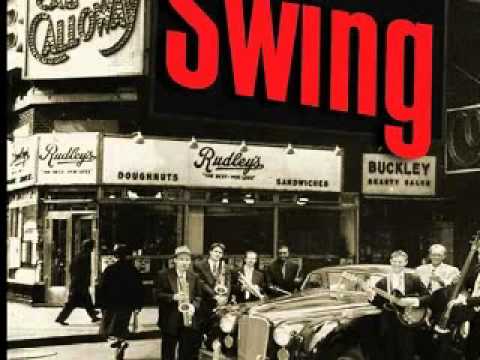