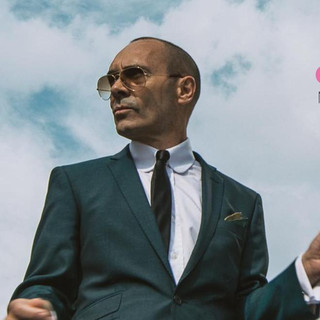 Matt Bianco is a UK band that was formed in 1983 and continues to exist to date. They are mainly known for their success in the mid 1980s and their jazzy, Latin-flavoured music.    Popular during the mid 1980s in continental Europe, Matt Bianco epitomised the new jazz pop genre that they shared with Working Week, Sade, Everything but the Girl and The Style Council. The band name suggests that Matt Bianco is a personal name, but Matt is "a made up spy, a secret agent; we loved spy TV themes and...

Matt Bianco is a UK band that was formed in 1983 and continues to exist to date. They are mainly known for their success in the mid 1980s and their jazzy, Latin-flavoured music.

Popular during the mid 1980s in continental Europe, Matt Bianco epitomised the new jazz pop genre that they shared with Working Week, Sade, Everything but the Girl and The Style Council. The band name suggests that Matt Bianco is a personal name, but Matt is "a made up spy, a secret agent; we loved spy TV themes and film scores"

Formed by the late Kito Poncioni (bass), Mark Reilly (vocals), and Danny White (keyboards) in 1982 out of the shards of the abandoned art poppers Blue Rondo á la Turk, for their first album Whose Side Are You On?, they hired unknown Polish vocalist Basia Trzetrzelewska. Her vocal arrangements gave the album a jazzy dimension that Reilly and White could not anticipate but made good use of. Mixmaster Phil Harding applied what would become his signature style to the recordings. Hits like "Get Out of Your Lazy Bed" and "Half a Minute" (which Basia would feature live throughout her career) turned Matt Bianco into one of the biggest acts of Europe in 1984.

Basia and Danny White left the group after the first album to pursue a lucrative solo career with Sony under the name Basia on the Epic label. They maintained their working relationship with Phil Harding, who would continue to work with Matt Bianco as well. Mark Reilly, now without a musical partner, found ex-Wham keyboarder and session musician, Mark Fisher, and recorded the next (self-titled) Matt Bianco album.

With Mark Fisher replacing White and Trzetrzelewska, the sound changed considerably. Fisher, a keyboardist, composer and studio wizard contributed a more contemporary sound, compared to that of the early Matt Bianco. The use of synthesizers increased notably: Yamaha's DX-7 can be heard providing the slap bass in most songs, but the choice of noted studio musicians remained consistent with Ronnie Ross being the most prominent example. After the first album, they took a 13 piece band on to a European tour that saw them perform in front of an audience of more than 250,000 attendees in total.

As Matt Bianco was a household name in Europe, Warner Brothers thought it was time to market them in the U.S.. They hired Gloria Estefan's husband and producer Emilio Estefan to produce a few songs and recorded the album Indigo, with the Estefan productions being chosen as singles. 1988's "Don't Blame it on That Girl" and "Good Times" only made a moderate impact apart from "Wap-Bam-Boogie", which did well on the dance charts. After another album with Warner Brothers - the fractured Samba in Your Casa (1991), Reilly and Fisher split from their record company and went freelance. From then on, they would record their albums in their own studios and then offer them to independent distributors worldwide.

Now they had total artistic freedom but commercial success was harder to achieve: They scored contracts with ZYX Music and Intercord in Europe, and Victor Entertainment in Asia but failed to sign on with another major label. The next albums did not sell that well in Europe, but they created a loyal fan base in Japan and the rest of Asia. The albums Another Time Another Place, Gran Via, World Go Round, A/Collection, Rico, and Echoes sold well enough for a comfortable lifestyle in the south east of England. After twenty years recording and touring, Mark Fisher started to crave a different lifestyle and the two split amicably.

Initiated by a mutual friend, Basia and Danny White joined with Mark Reilly to reform the "original" Matt Bianco in 2003 signing to the Emarcy label. In 2004, Matt Bianco released the album Matt's Mood, which featured well-crafted adult-contemporary/jazz numbers in the spirit of their first album. This was accompanied by an extensive PR exercise, giving the album plenty of airtime. The following year, they embarked on a world tour, which included stops in the UK, Japan, and the U.S.

After the success of Matt's Mood, Basia and Danny White left Matt Bianco again to reinvigorate the Basia franchise. Mark Reilly and Mark Fisher were back as a duo and released Hi-Fi Bossanova in 2009. In November 2012 they will be releasing Hideaway, their 12th album.
Read more on Last.fm. User-contributed text is available under the Creative Commons By-SA License; additional terms may apply. 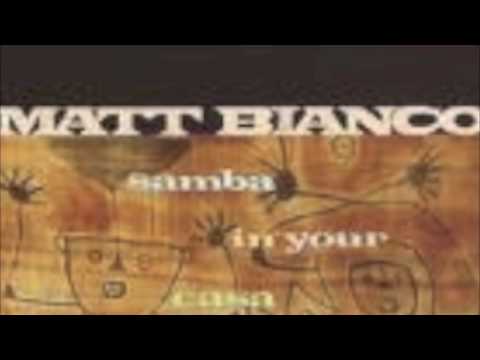 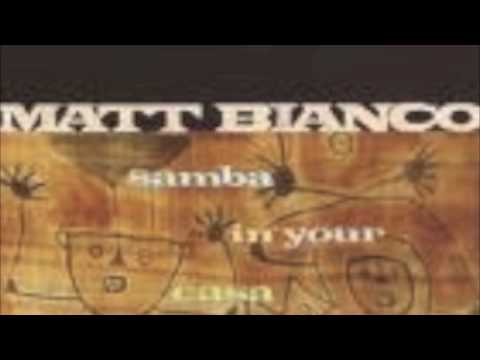 You're the Rhythm (Brazil)