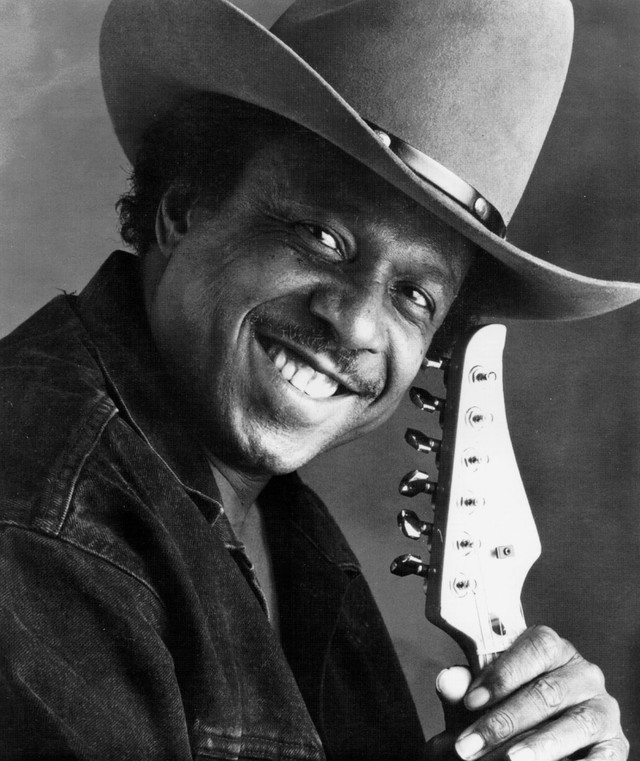 The musicologist Robert Palmer, writing in Rolling Stone, stated, "His music is witty, soulful and ferociously energetic, brimming with novel harmonic turnarounds, committed vocals and simply astonishing guitar work." Jon Pareles, a music critic for the New York Times, wrote, "He sings in a rowdy baritone, sliding and rasping in songs that celebrate lust, fulfilled and unfulfilled; his guitar solos are pointed and unhurried, with a tone that slices cleanly across the beat. Wearing a cowboy hat, he looks like the embodiment of a good-time bluesman."

Brooks was born in Dubuisson, St. Landry Parish, Louisiana. He learned to play blues from his banjo-picking grandfather but did not think about a career in music until he moved to Port Arthur, Texas, in the early 1950s. There he heard live performances by Clarence "Gatemouth" Brown, T-Bone Walker, B.B. King, Long John Hunter and others and began to think about making money from music. Clifton Chenier heard Brooks strumming his guitar on his front porch in Port Arthur and offered him a job in his touring band.

Embarking on a solo career, he began calling himself Guitar Jr. and signed with the Goldband label, based in Lake Charles, Louisiana. His singles for the label included the regional hit "Family Rules", which remains a favorite of the swamp pop idiom in southern Louisiana and southeast Texas. Other Goldband singles included "Made in the Shade" and "The Crawl" (both of which were later recorded by the Fabulous Thunderbirds).

In 1960, he moved to Chicago, Illinois, where he adopted the stage name Lonnie Brooks (Luther Johnson was already using the name Guitar Junior there). Brooks found regular work in clubs on the West Side of Chicago, in nearby Gary and East Chicago, Indiana, and occasionally in the Rush Street entertainment area on Chicago's North Side. He recorded numerous singles for various labels, including Chess, Chirrup, Mercury, Midas and USA Records, receiving some local radio airplay. He also supported other artists on record and live, including Jimmy Reed. In 1961 he played guitar on the double album Jimmy Reed at Carnegie Hall.

In 1969, he recorded his first album, Broke an’ Hungry, for Capitol Records. It was produced by Wayne Shuler, son of Eddie Shuler, who had founded Goldband Records in Louisiana.

In 1974, Brooks participated in a multi-artist tour of Europe and recorded an album, Sweet Home Chicago, for the French label Black & Blue. When he returned to Chicago, he began playing regularly at Pepper’s Hideout on the South Side. There he attracted the attention of Bruce Iglauer, head of the fledgling Alligator Records, who had previously seen him at the Avenue Lounge on the city’s West Side.

In 1978, Iglauer included four of Brooks’s songs (including three originals) in the anthology series Living Chicago Blues, released by Alligator. He was signed to the label, which released his album Bayou Lightning the following year. The album won the Grand Prix du Disque Award from the 1980 Montreux Jazz Festival. While in Montreux, Brooks befriended the country music star Roy Clark, who arranged for him to appear on the country music television program Hee Haw.

Since that time, Brooks has recorded exclusively for Alligator, releasing seven albums in his own name and contributing to shared recordings and compilation appearances. His style, sometimes described as "voodoo blues", includes elements of Chicago blues, Louisiana blues, swamp pop and rhythm and blues. Other labels have issued pre-1978 recordings by Brooks and compilations of his singles.

Following the release of Bayou Lightning, Brooks began touring in the U.S. and also returned to Europe. A 1982 trip to Germany resulted in an hour-long live performance on German television. His next album, Hot Shot, was released in 1983. His album Wound Up Tight, released in 1986, featured his most famous fan, Johnny Winter, on guitar. Rolling Stone took notice of the album, running a six-page feature on Brooks. In 1987, BBC Radio broadcast an hour-long live performance by him.

By this time, his teenage son Ronnie Baker Brooks was touring with the band. He made his recording debut on his father's album Live from Chicago—Bayou Lightning Strikes.

Brooks’s 1991 release, Satisfaction Guaranteed, received much coverage in the press, including features and articles in the Washington Post, the Village Voice, the Chicago Tribune, the Los Angeles Times, Guitar World, Living Blues, Blues Revue, and other publications.

Brooks went on a national concert tour with B.B. King, Buddy Guy, Koko Taylor, Junior Wells and Eric Johnson in the summer of 1993. Eric Clapton, performing in Chicago as part of his "From the Cradle" tour, honored Brooks by inviting the bluesman on stage for an impromptu jam at the blues club Buddy Guy's Legends.

In 1996, Brooks released Roadhouse Rules. The album was produced in Memphis by Jim Gaines, who also produced Luther Allison, Stevie Ray Vaughan and Santana. Ronnie Baker Brooks also played on this album. With fellow Gulf Coast blues veterans Long John Hunter and Phillip Walker (both of whom he had known and played with in the 1950s in Port Arthur), Brooks released Lone Star Shootout in 1999.

Besides his live and recorded performances, Brooks appeared in the films Blues Brothers 2000 and The Express and in two UK television commercials for Heineken beer. His song "Eyeballin'" was used in the film Forever LuLu. "Got Lucky Last Night", featuring Johnny Winter, was used in the film Masters of Menace. Brooks also co-authored the book Blues for Dummies, with Wayne Baker Brooks and the music historian, guitarist, and songwriter Cub Koda.

Brooks was an influence on the soul artist Reggie Sears. 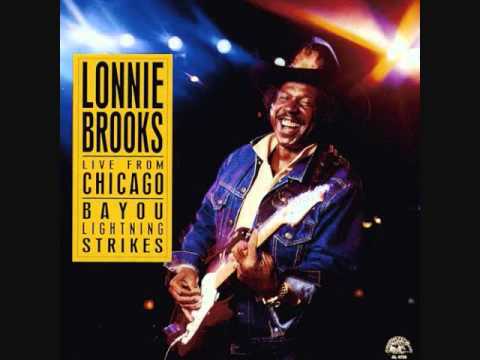 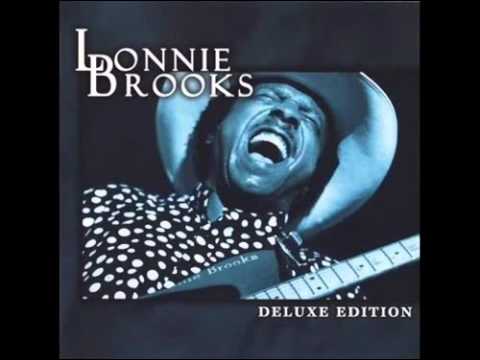 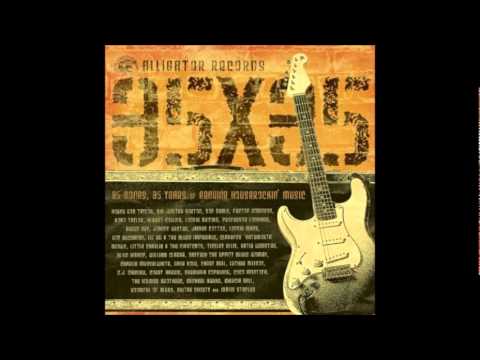 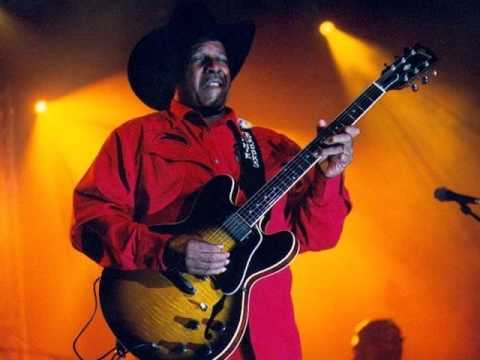 Woke Up This Morning 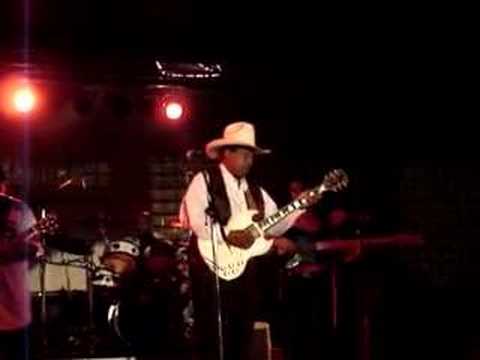 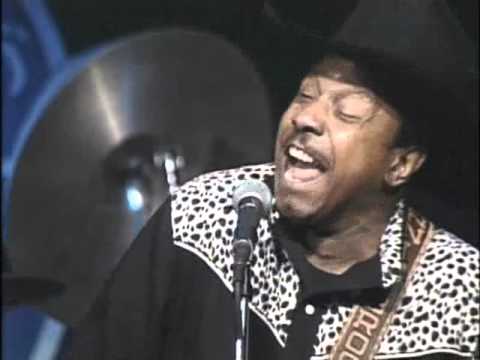