Like the twists and turns of a mountain road, Laura Story’s life has held its share of unexpected moments - some exhilarating, some terrifying, and some simply beautiful to behold. Leaning solely on her faith in the sovereignty of God, Story has learned that no matter what comes around the next bend, it’s going to be an incredible view. Once an aspiring symphony conductor, Story didn’t even know she could sing - much less write songs - until she was in her early twenties. Today, Story is not o...

Like the twists and turns of a mountain road, Laura Story’s life has held its share of unexpected moments - some exhilarating, some terrifying, and some simply beautiful to behold. Leaning solely on her faith in the sovereignty of God, Story has learned that no matter what comes around the next bend, it’s going to be an incredible view.

Once an aspiring symphony conductor, Story didn’t even know she could sing - much less write songs - until she was in her early twenties. Today, Story is not only a gifted vocalist and worship leader but also the composer of one of the most beloved worship songs of our generation - “Indescribable.” The song has topped charts and been recorded by multiple artists, but most importantly, it has helped people all over the world experience our magnificent God. Story had no idea her life would be used for such a purpose. Set to release her label debut on INO Records (Sara Groves, MercyMe, Derek Webb) in January 2008, Story is still learning that God’s plan is far deeper and wider than she ever thought possible.

So how did a string bassist from South Carolina end up penning a worship anthem known and loved by millions? It all began with a providential moment in the class registration line her sophomore year at Columbia International University.

“I was a YoungLife leader, and I saw another guy in line wearing a YoungLife t-shirt,” Story recalls. “He said he was in a band and asked me if I wanted to come play with them. I had never played in a band – it had never even crossed my mind.” The band was Silers Bald, who would later become a popular indie pop-rock band in the Southeast. The young man she met was vocalist Shane Williams, and by the time they’d made it through the registration line, Story was their newest female member.

Story started out playing string bass, graduated to electric bass, and then took a stab at vocals when the original female vocalist left. Completely out of her comfort zone but willing to trust God with her newfound vocal ability, she even tried her hand at songwriting, and their fans desired more. “The Lord taught me that it’s not necessarily what I think my strengths are. That’s not how He determines what He’s going to use,” says Story.

Five years and many road miles later, Story found herself being led a different direction musically, just as Silers Bald was on the brink of signing a deal with Essential Records. “I knew the Lord was telling me it was time for something new, and I needed to be in or out,” says Story. They amicably parted ways and Story ended up touring with folk-rock artist Andrew Peterson that spring. When her manager suggested she record an independent album with the songs she had written while in Silers, Story was still unconvinced her vocals could stand on their own: “Why would I do that?” she answered. “That would mean I’d have to sing on it!” Besides, she was out of money and didn’t have enough songs for a full record.

But those challenges were overcome when God provided more money and more songs. In 2002, Story began recording her first independent album with producer Stephen Gause and trusted that the last song she needed to round out the album would be provided. Soon after, she was driving down a mountain road, eyes fixed on the majesty of her Creator, when she started worshiping and singing, “Indescribable…uncontainable…You placed the stars in the sky and You know them by name…”. Story added verses on the piano and finished the song while reading God’s own description of His power and might in Job Chapter 38. Her first record was now complete. And considering the road Story had traveled to get to this place, “Indescribable” was the perfect title track.

What brought “Indescribable” into churches all across the U.S. and the world was when Chris Tomlin recorded it for his 2004 release, Arriving, produced by Ed Cash (Caedmon’s Call, Bebo Norman, Bethany Dillon). When Cash, a longtime friend of Story’s from YoungLife circles, suggested that Tomlin use “Indescribable” as his first single, Story was shocked. “I remember saying, ‘That song will never work for corporate worship. There’s no way congregations are going to sing that!’ But it’s humbling and amazing to see what the Lord has done. When I was looking for it, I couldn’t find it. When I just started worshiping, He blew me out of the water.”

“Indescribable” flew up the AC charts where it stayed 1 for 7 weeks and in the top 15 for 50 weeks. The song was also included on the Passion CD/DVD in 2005, Tomlin’s 2006 release, Live From Austin Music Hall, and performed by Avalon for WoW Worship 2006. The list of accolades goes on, but even with millions of people now familiar with her words, Story takes no more credit for writing them than she would for creating the Appalachian Mountains. “I always think the last song I wrote was my last song. Just when my mind is completely blank and I don’t know if I’ll write a song again, God surprises me. The songs are His - I’m just the first person who gets to hear them.”

In 2005, Story released her second independent album, There Is Nothing, produced by Ed Cash and Mitch Dane (Jars of Clay). That same year she married her high school sweetheart, Martin Elvington, and moved to Atlanta to become the worship leader and women’s pastor for the arts and music community at Perimeter Church.

Shortly after inking the deal with INO Records in 2006, a trial entered Story’s life that would not only provide her with a deeper understanding of God’s sovereignty, but also serve as fodder for the songs on her new record. After one year of marriage, Story’s husband was hospitalized with a brain tumor.

“There was a time he was on a breathing machine and we weren’t sure he was going to make it. I spent my whole life singing, ‘’Tis so sweet to trust in Jesus,’ but until Jesus took me through something where my only option was to trust Him, I didn’t really know that sweetness,” reflects Story. While supporting her husband through surgery, radiation, complications, and intense physical therapy, Story has composed new songs with meaty, real substance that have ministered to her as much as they will minister to her listeners.

“It’s hard to understand why God would allow us to go through this, but I know He works all things together for good, and I feel my new album is reflecting that. Though He leads us through valleys, that’s when we get to trust Him and draw closer to Him all the more. Though I’ve doubted, His grasp has never released, never slipped. He’s remained completely faithful to me. He has proven that He really is my foundation and my hope.”

On a regular basis, Story gets to share this hope with the 100+ women she ministers to through her job at Perimeter Church; and it’s not a job she’s giving up anytime soon. After all, the opportunity to pour into others’ lives and treasure each moment reminds Story that she is just a passenger on this remarkable journey.

“Mine is not the perfect voice or the perfect life. My life is as messy as the next person’s, and God is using me to speak to the church. For this season of my life, God has really blessed me with some insight into who He is and what that has to do with me. For some reason He just gives it to me in song form.”

With the way inspiration comes to Laura Story, it’s exciting to wonder what will be around the next mountain bend… Read more on Last.fm. User-contributed text is available under the Creative Commons By-SA License; additional terms may apply. 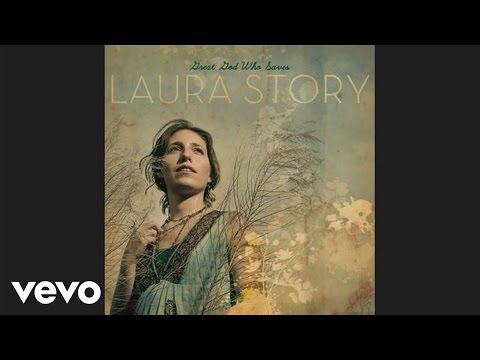 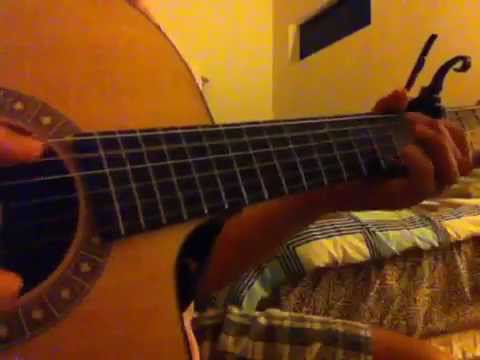 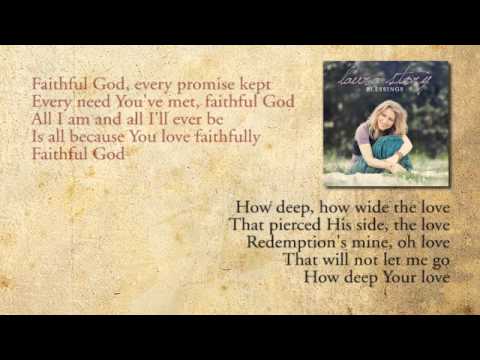 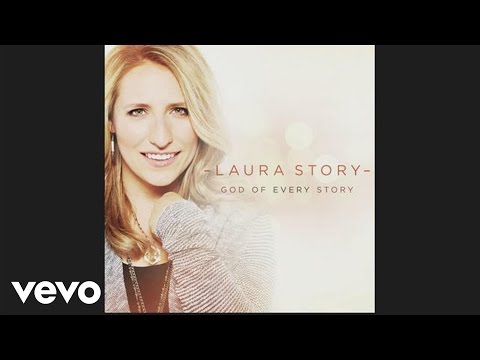 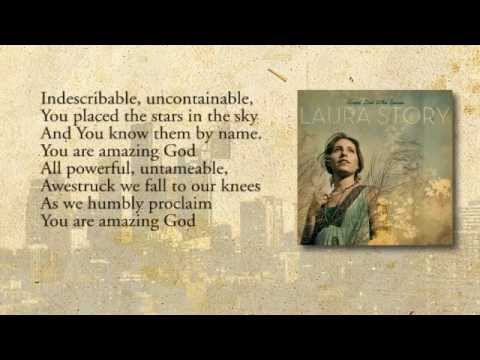 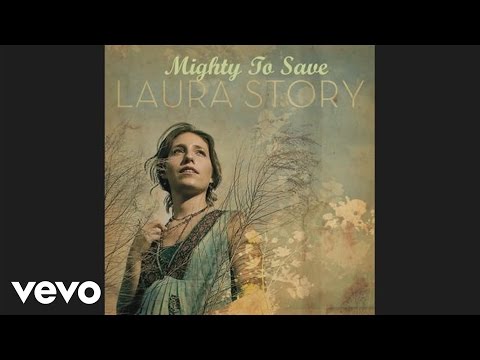 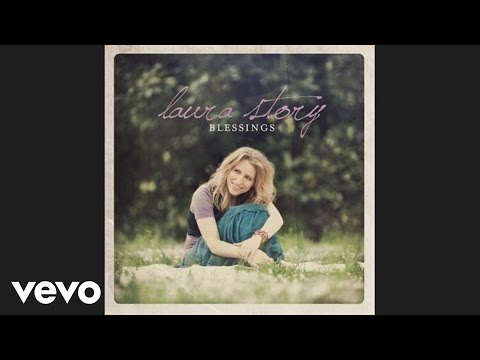 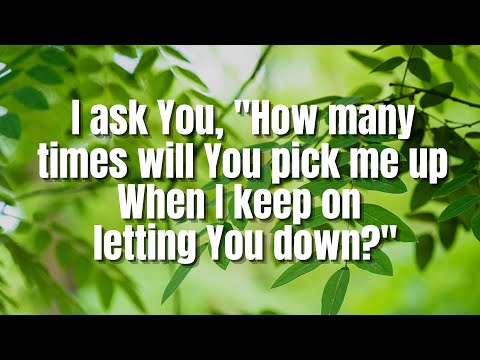 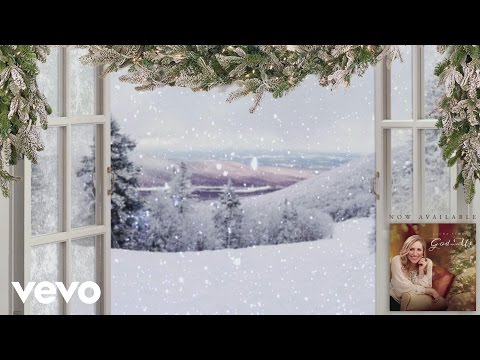 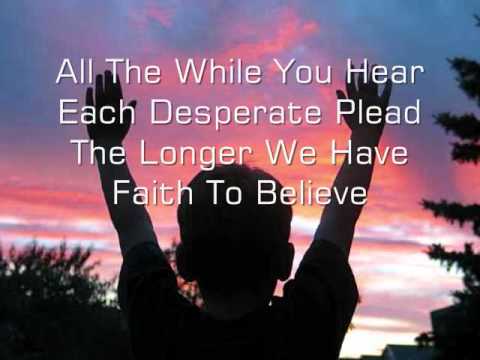 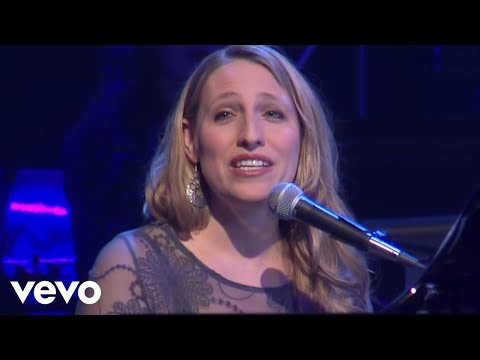 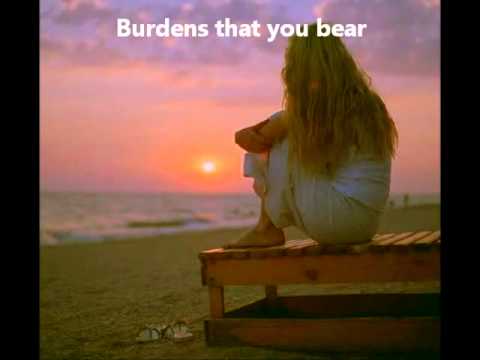 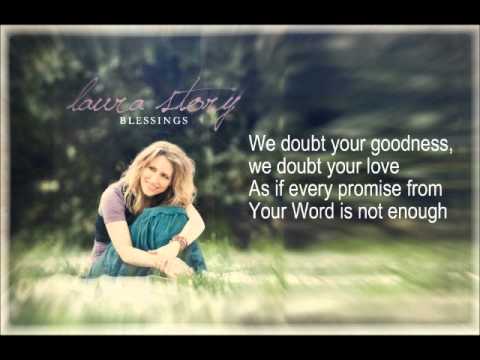 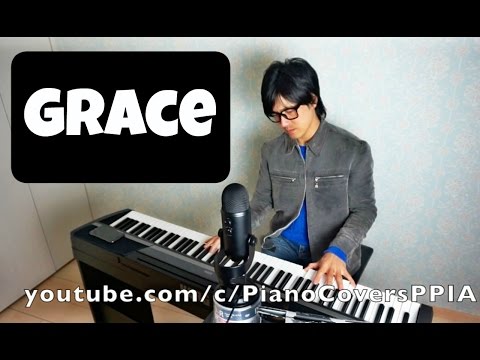 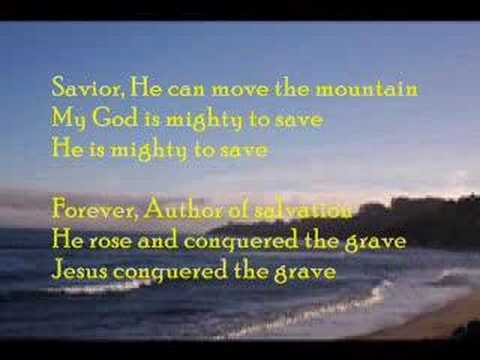 Mighty To Save by Laura Story 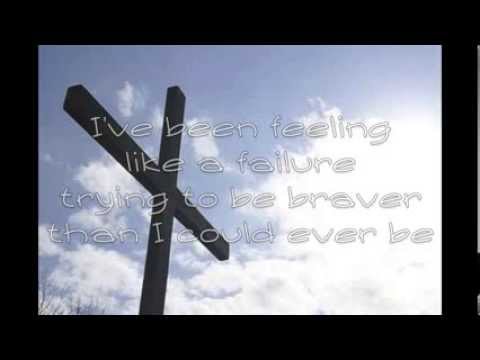 I Can Just Be Me - Laura Story - Lyrics 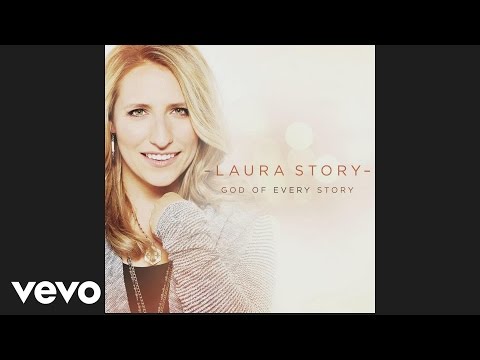 Laura Story - Till I Met You (Pseudo Video)

Laura Story: Angels We Have Heard on High 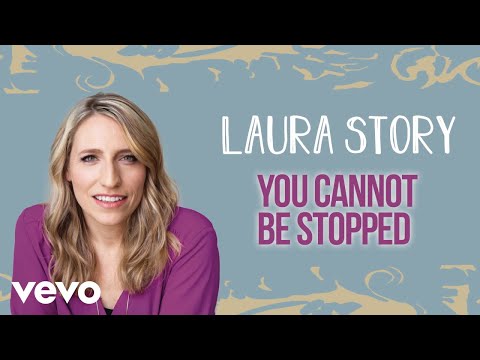 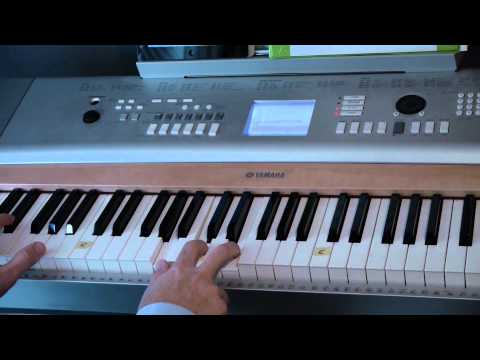 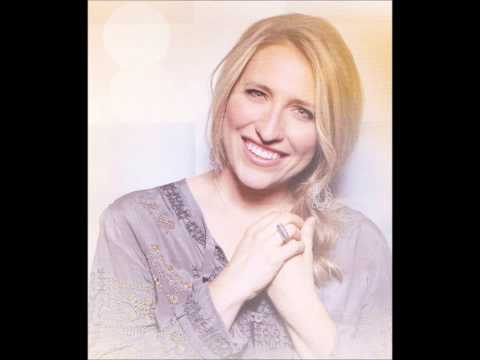 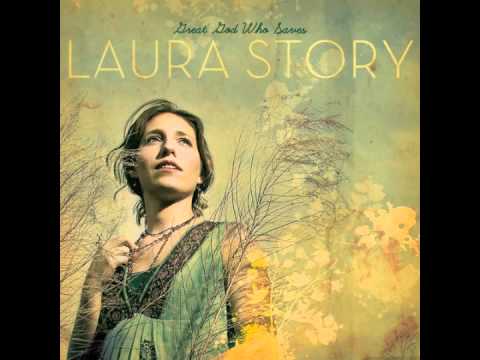 Laura Story: "Mighty To Save" (Great God Who Saves) 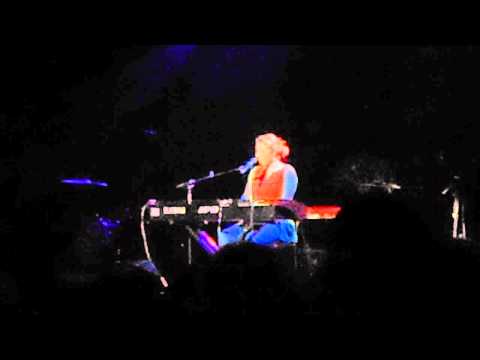 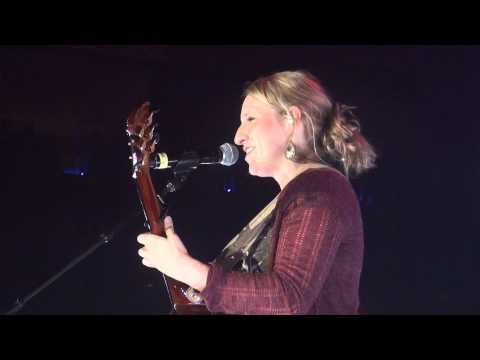 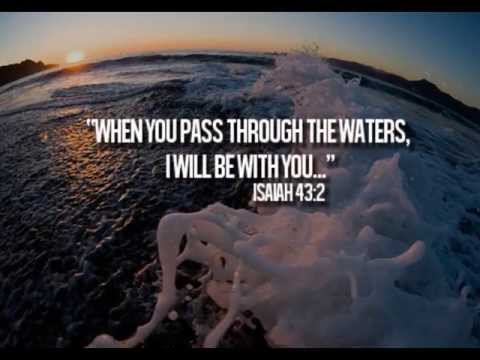 "He Will Not Let Go" by Laura Story (with lyrics) 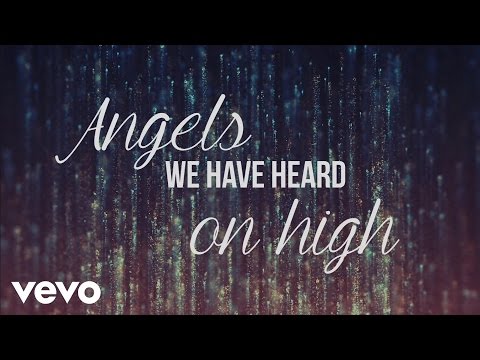