LaFlavour began humbly in Massillon, Ohio in 1967. Twin brothers Pete and Steve Nervo (guitar and drums) joined with schoolmates Craig DeBock (guitar and sax) and Gino Milchak (bass guitar) to form the core of what would actually become several bands. Instead of following the path set by the British Invasion, the boys began playing soul tunes and early Motown, eventually getting gigs at local dances and sockhops. This early version of the band first called themselves "The Noblemen", then "The B...

LaFlavour began humbly in Massillon, Ohio in 1967. Twin brothers Pete and Steve Nervo (guitar and drums) joined with schoolmates Craig DeBock (guitar and sax) and Gino Milchak (bass guitar) to form the core of what would actually become several bands. Instead of following the path set by the British Invasion, the boys began playing soul tunes and early Motown, eventually getting gigs at local dances and sockhops. This early version of the band first called themselves "The Noblemen", then "The Blues Soul".

By the mid-1970s, the boys had progressed into one of the hottest dance bands in the area, and eventually began traveling as the show band "Ragweed". Eventually, they came to the attention of top entertainment booking agent John Sansone from Buffalo, NY, who took over the booking for the band and decided to re-name them "Flavour". The boys became "LaFlavour" with the release of the album "Mandolay" in 1980, which was mostly written and produced by Mark Avsec (of Donnie Iris and Wild Cherry fame). Two singles from the album made the Billboard charts, with Mandolay reaching #7. With a certified success under their belts, La Flavour was signed to MCA records, who thought it wise to separate their "show" image from their "recording" image.

MCA changed the band's name to "Fair Warning", and the boys and Mark Avsec recorded a second album, this time of catchy pop/rock tunes. "Fair Warning" included a sure-fire hit single written by Avsec titled "She Don't Know Me". However, an upcoming band from Jersey called Bon Jovi were recording their first album at this time, and the song was selected for them. This move more or less ruined the chances of the song being pushed as a single for Fair Warning, and since the success of "Mandolay" had come on the heels of the disco/dance craze, Fair Warning was not as well received, and MCA eventually shelved the album and the project.

Meanwhile, the show group LaFlavour was taking the country by storm in the big showrooms - the nightclubs and hotels across the country using live entertainment to do big business in the '80s. Since dance music was essential to the atmosphere in these rooms, La Flavour proved to be the perfect act to insure a full house. Since they were now internationally famous for their hit Mandolay, having LaFlavour on the bill was even a bigger draw. Plus, by this time the boys had developed to perfection a novelty in their act which proved to be their crowning jewel: the comedy-oriented floor shows featuring two simple muppet-style puppets, Franklin and Nick.

Franklin and Nick were actually two store-bought puppets operated by Pete Nervo. Gino became the voice of Franklin, and perched himself on Craig's left shoulder. With DeBock serving as the host/straight man, Franklin began each puppet show cracking funny lines and telling jokes while Craig led him through a multitude of subjects. Eventually, they would summon Franklin's brother Nick (voiced by Pete), who would grumble as he appeared on Craig's right shoulder - always slightly intoxicated and grumpy. The puppets provided the boys with the vehicle to say almost anything on stage, and audiences roared with laughter - since the material was being delivered by two puppets rather than human beings. Of all the great music LaFlavour performed over the years, and of all their different levels of success, they are probably best remembered for all the floor shows featuring Franklin and Nick.

Today, the "infamous" LaFlavour puppets are enjoying their retirement hanging prominently on the wall of a band member's family home, but the memories of all the fabulous comedy routines are still cherished by LaFlavour fans.

As LaFlavour entered the 1990's, the showrooms were beginning to fade. With the arrival of electronic multi-media, and entertainment outlets such as MTV and VH-1, Las Vegas-style shows were not impressing people the same any more. Also, the comedy material that was the cornerstone of the band's puppet shows began to collide with the country's changing political climate. While most didn't find it offensive hearing cagey comedy delivered by two cute puppets in the '80s, the 1990's brought on a whole different attitude toward "political correctness". LaFlavour needed a new direction to survive.

The 90's saw LaFlavour returning to a high-energy dance format, where they once again found success, as well as an audience from a new generation eager to experience "retro" dance music from the 70's & 80's, an era they missed but craved with a passion. With LaFlavour, they found the "genuine article." Here was a band who had actually been there - with a Top-10 disco hit to their credit, no less!

Although the "new" club audiences had lost interest in "show" bands and became obsessed with packed dance floors, there emerged an audience outside the club scene still wanting to be entertained. At the dawn of the New Millennium, LaFlavour suddenly found themselves in demand to deliver concert performances, particularly during the summer months. Thanks to energetic local concert promoters like Bill Curtain and Walt English, "the boys" began filling up their summer months with appearances at Community Concert Series events, headlining to thousands of fans of all ages who weren't necessarily "regulars" at their club dates. Performing a wide variety of popular music, LaFlavour became an annual favorite on this exciting new circuit, enabling them once again to show off the range of their entertainment abilities. The Summer Concert Series also gave longtime LaFlavour fans the opportunity to see all four "original" members onstage performing together. While Craig, Pete, and Gino have remained with the band for more than 30 years, original drummer/vocalist Steve Nervo retired in 1996 for health reasons. However, when he's able, Steve makes guest appearances with the band during the Summer Concert Series, most notably performing his remarkable lead vocals on the hit song "Mandolay." Along with LaFlavour veterans John Casey (guitar/vocals/keyboards) and Vince Scarpitti (drums/vocals), Craig, Pete, Gino, and Steve are still bringing to audiences the highest quality live entertainment available anywhere, filled with the same incredible music, fun, and antics they've become famous for during a remarkable career spanning nearly 40 years! Read more on Last.fm. User-contributed text is available under the Creative Commons By-SA License; additional terms may apply. 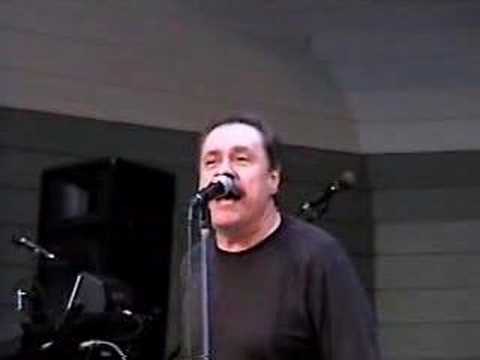 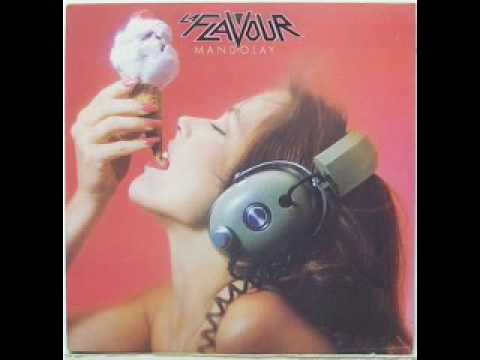