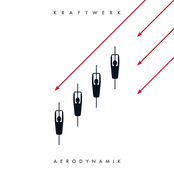 Kraftwerk ("power plant" in English) is an electronic band founded in 1970 in Düsseldorf, Germany. They pioneered electronic music in the 70s and are considered one of the most important and influential bands of their genre, often described as "the godfathers of electronic music". Kraftwerk's sound is minimalistic and strictly electronic; it combines driving, repetitive rhythms with catchy melodies and vocals usually sung through a vocoder. The current line-up consists of Ralf Hütter (the only...

Kraftwerk ("power plant" in English) is an electronic band founded in 1970 in Düsseldorf, Germany. They pioneered electronic music in the 70s and are considered one of the most important and influential bands of their genre, often described as "the godfathers of electronic music". Kraftwerk's sound is minimalistic and strictly electronic; it combines driving, repetitive rhythms with catchy melodies and vocals usually sung through a vocoder. The current line-up consists of Ralf Hütter (the only original member), Fritz Hilpert, Henning Schmitz and Stefan Pfaffe. The other original founding member Florian Schneider left the band in 2008 and died on May 6th, 2020, following a short battle with cancer, just a few days after his 73rd birthday.

Their first three albums were more free-form experimental rock without the pop hooks or the more disciplined strong structure of its later work. Their debut album, Kraftwerk, released in 1970, and Kraftwerk 2, released in 1972, were mostly exploratory jam music, played on a variety of traditional instruments including guitar, bass, drums, electric organ, flute and violin. Post-production modifications to these recordings were then used to distort the sound of the instruments, particularly audio-tape manipulation and multiple dubbings of one instrument on the same track. Connie Plank co-produced the first four Kraftwerk albums. Emil Schult has also collaborated on many releases, contributing both lyrics and graphics.

Live performances from 1972–73 were made as a duo, using a simple beat-box-type electronic drum machine, with preset rhythms taken from an electric organ. These shows were mainly in Germany, with occasional shows in France. In 1973, Wolfgang Flür (electronic percussion) joined the group.

With Ralf und Florian, released in 1973, the band began to move closer to its classic sound, relying more heavily on synthesisers and drum machines. Although almost entirely instrumental, the album marks Kraftwerk's first use of the vocoder, which would, in time, become one of its musical signatures.

In 1974, they issued the fourth studio album, Autobahn. This critically acclaimed album marked Kraftwerk's breakthrough and established them as purveyors of electronic music. The title track is intended to capture the feeling of driving on the Autobahn: from travelling through the landscape, the high-speed concentration on the fast lane, to tuning the car radio and the monotony of a long trip. An edited version of "Autobahn" song reached #25 on the US Billboard Hot 100 chart and #11 in the UK.

In 1975, Karl Bartos (electronic percussion, live vibraphone, live keyboards) joined the band. The Hütter-Schneider-Bartos-Flür formation is now regarded as the classic line-up of Kraftwerk, which remained in place until the late 80s.

In 1975, Kraftwerk released the concept album Radio-Activity (German version: Radio-Aktivität). The hyphenated album title displays Kraftwerk's typical deadpan humour, being a pun on the twin themes of the songs, half being about radioactivity and the other half about activity on the radio. The title track "Radioactivity" was released as a single, and became a hit in France after it was used as the theme to a popular music show. This was the first Kraftwerk album to be entirely self-produced by Hütter & Schneider in their Kling Klang studio, and the first one to be performed by the classic line-up of Kraftwerk.

In 1977, Kraftwerk released the highly influential album, Trans-Europe Express. Critics have described the album as having two specific themes: celebration of Europe and the disparities between reality and image. Musically, the songs on this album differ from the group's earlier Krautrock style with a focus on electronic mechanized rhythms, minimalism, and occasional manipulated vocals. Two singles supported the album: "Trans-Europe Express" and "Showroom Dummies".

By the time of 1978's The Man-Machine (German version: Die Mensch-Maschine), Kraftwerk had created their own unmistakable brand of "robot pop". NME said of The Man-Machine: 'It is the only completely successful visual/aural fusion rock has produced so far". Kraftwerk spent three years building their own Kling Klang studios in the late 70s, complete with, inevitably, scores of computers. The single "The Model", gave the band a surprise hit when it topped the UK charts in 1982.

In 1981 Kraftwerk released their eight studio album, Computer World (German version: Computerwelt). This album combined the use of the sequencer to create the sound now known as electro, inspiring the first producers in Detroit in creating techno, as well as innumerable other artists including Gary Numan, Depeche Mode, and New Order, among many others. This album had the theme of computers taking over the world in the future. It was a commercial success, spawning the singles "Pocket Calculator", "Computer World" and "Computer Love". For this album, the band embarked on the massive Computer World world tour.

The EP Tour De France was issued in 1983. This song was featured in the film Breakdance and became the theme for the cycling event of the same name in that year. In 1986, the ninth studio album Electric Café was released. The album received mixed reviews. Two singles were issued from the album: "Musique Non-Stop" and "The Telephone Call".

In 1987 Wolfgang Flür departed and it was replaced by Fritz Hilpert. In 1991, Kraftwerk's best known songs were collected together and re-recorded on the compilation The Mix.

The single Expo 2000 released in December 1999 came as a surprise for Kraftwerk fans. A brand new song, although low key, sparked hopes of a new album. A video was released for this track, showing the band playing in wireframe suits, but no public appearances or interviews until 2003.

In 2003 the band released Tour de France Soundtracks, its first album of new material since 1986's Electric Café. The album was recorded for the 100th anniversary of the first Tour de France bicycle race, although it missed its original release date during the actual Tour. A completely new recording was made for the "Tour De France" track, based on the original 1983 arrangement.

Florian Schneider officially left the band in January 2009, though news of his departure was reported as early as April 2008. His place was taken over by Stefan Pfaffe.

In 2009, the band issued The Catalogue (German version: Der Katalog), a box-set comprising eight albums by Kraftwerk that were released from 1974 to 2003. All albums were digitally remastered, with most of the cover art redesigned, including rare photographs in the liner notes that were not part of each album's original release.

Kraftwerk's influence has been incalculable. Hundreds of artists today in nearly every electronic music subgenres bear witness to their work. They are also reclusive, rarely giving interviews and making no media appearances. 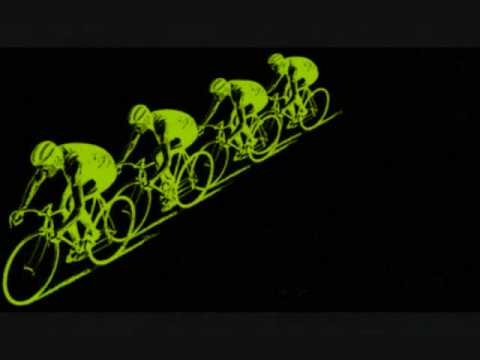 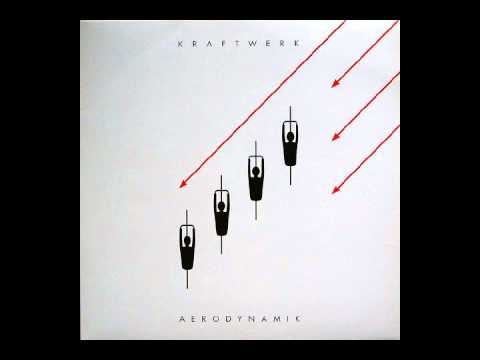