Kate Nash (born 6 July 1987) is a singer, songwriter, pianist, and guitarist from Harrow, North London, United Kingdom, best known for the UK #2 hit "Foundations". Growing up in Harrow, London, Nash first became interested in music during her childhood when she learned to play the piano. She attended St. John Fisher school and moved on to the St. Joan of Arc School in Rickmansworth. Her talents were harnessed further when she wrote songs for her GCSE in Music and her time studying at the BRIT S...

Growing up in Harrow, London, Nash first became interested in music during her childhood when she learned to play the piano. She attended St. John Fisher school and moved on to the St. Joan of Arc School in Rickmansworth. Her talents were harnessed further when she wrote songs for her GCSE in Music and her time studying at the BRIT School for Performing Arts and Technology in Croydon, South London. However, her first love was acting and so in 2005 she made moves to start a career in acting by auditioning at the Bristol Old Vic Theatre School and was rejected. After her rejection she fell down a flight of stairs, breaking her foot. During her recovery Nash was unable to go anywhere and found solace in song writing. She began to write some new songs, finished old ones and decided that she would book herself a gig at a local bar to showcase her songs. From this experience she decided to start a career in music.

Nash's early live performances saw her play a number of cover versions. After a few gigs, Nash uploaded her music to the popular website MySpace. Her music soon began to receive support from users of the site and Nash found herself a manager, proceeding to look for producers.

Fellow MySpace star Lily Allen has stated that she believes Nash is the "next big thing", and she has also garnered support from publications such as Vogue and NME, the latter dubbing her as "chavtronica". Nash has been compared to Lily Allen, because of their storytelling lyrics, the dry sense of humour that fuels their songs as well as distinctive London accents. Some people have commented that Nash sounds like Catherine Tate when she sings. Others have compared some of her songs to music by Regina Spektor.

Nash has stated that her biggest influence has been Regina Spektor and has an extensive list of influences on her myspace page. Some of her influences include, "London, punk, Bored Teenagers and John Cooper Clarke".

Nash's début release was a double-A side single released through independent record label Moshi Moshi in February 2007. The release was limited to 1000 copies and was available on only 7" vinyl. The first A-side, "Caroline's a Victim", is a synth-fuelled song about Nash's friend Caroline. A video for the song was released and received notable airplay on MTV2. The video, directed by Kinga Burza, featured Nash playing a variety of instruments at the same time that "Caroline" sits in her room "playing killer beats", taking photographs, trying on different outfits and sitting at her computer checking a social networking website.

The second A-side to the single was "Birds", an acoustic number that tells the story of a boy's inept attempts to try and explain to his girlfriend how he feels about her, all the while the girl remains despondent about the situation.

During the promotion for "Caroline's a Victim"/"Birds", Nash supported Get Cape. Wear Cape. Fly on his national tour before embarking on her own headlining tour, which took her around the UK.

In April 2007, Nash was signed to the Polydor offshoot Fiction Records. A month later, Nash was mocked through a parody of her song, "Caroline's a Victim" entitled "LDN Is A Victim". The song mocked Nash and Lily Allen, amongst others, for singing in a Cockney-drawl, despite their privileged backgrounds.

Nash's second single and first through Fiction Records, "Foundations", which she co-wrote with producer Paul Epworth, was released on June 25, 2007 and reached number two in the official UK Singles Chart.

Following "Foundations", Fiction announced plans to bring forward the release of Nash's debut album to August 6, 2007. The album, Made of Bricks, produced by Paul Epworth, included many of the tracks she had been performing on her two nationwide tours. The album was leaked to filesharing networks days before its commercial release, and has received mixed reviews, The Independent describing it as being in "pole position for worst album of the year." The album reached number 1 in the UK charts.

During mid-2007, Nash performed at numerous festivals including Wireless Festival, Bestival, the Electric Gardens, Glastonbury, Latitude, Reading and Leeds, Oxegen and T in the Park. She made her official TV performance debut on Later with Jools Holland.

Nash features on rapper Kano's album London Town, in a song titled "Me & My Microphone". She is also featured in the song "Look What You've Done" from Lethal Bizzle's latest album, Back To Bizznizz.

Regarding the recording of a new album, Nash told NME that she had been inspired by The Supremes and has written a song called "Cat Song" in their honour. She is also set to release a duet single with Billy Bragg, a cover of The Shangri-Las "Give Storey A Great Big Kiss".

On 20 February 2008 she received a BRIT award for Best Female artist.

In April 2010 she released her sophomore album in 'My Best Friend Is You". With the singles "Do-Wah-Doo" and "Kiss that Grrrl" following close behind. 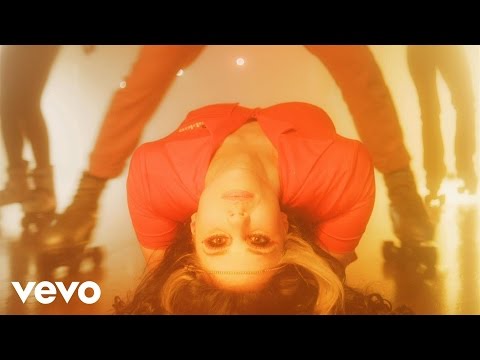 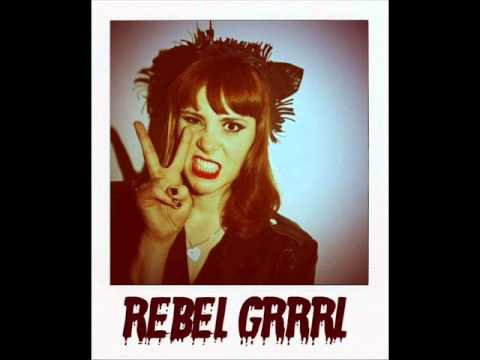 All Day and All of the Night 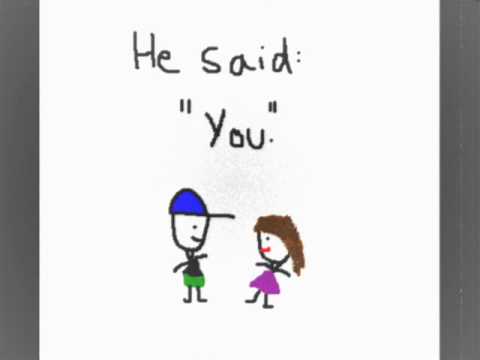 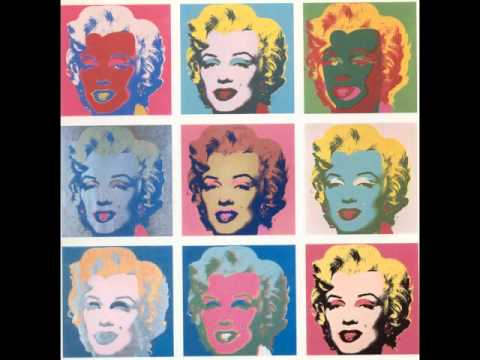 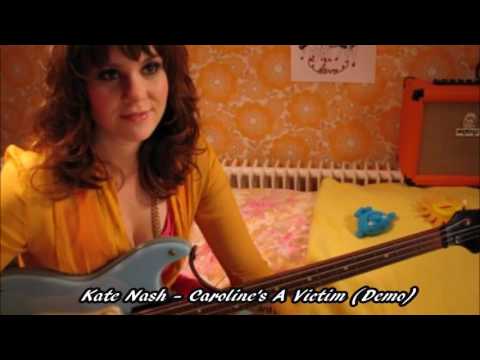 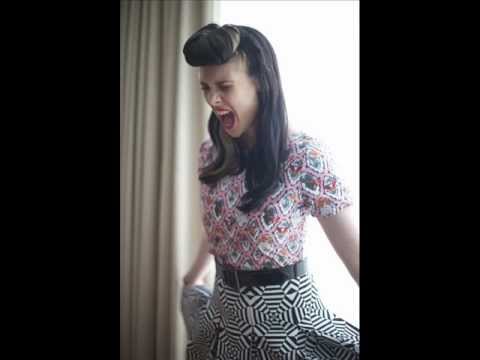 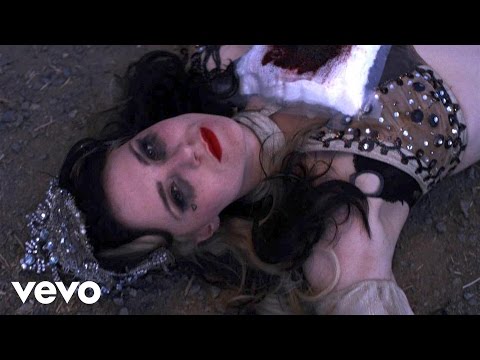 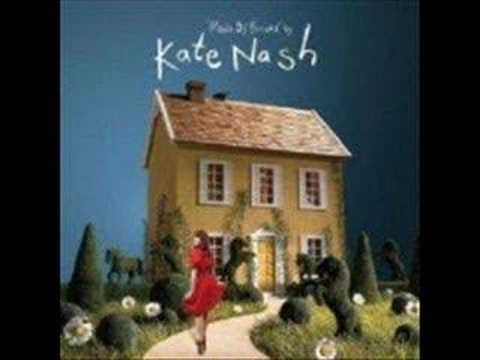 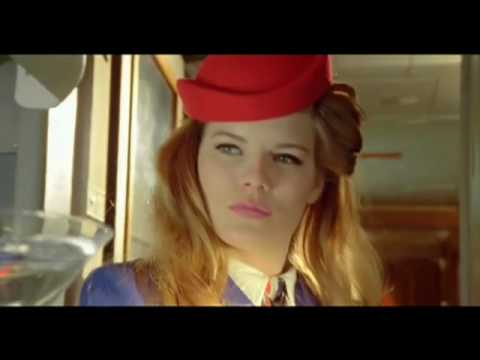 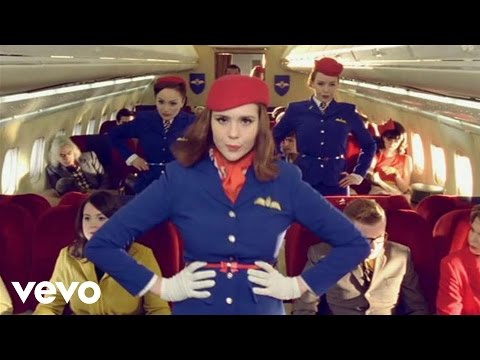 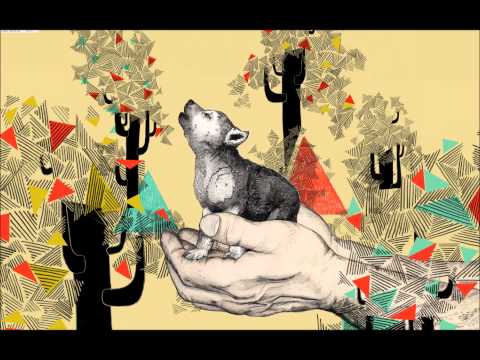 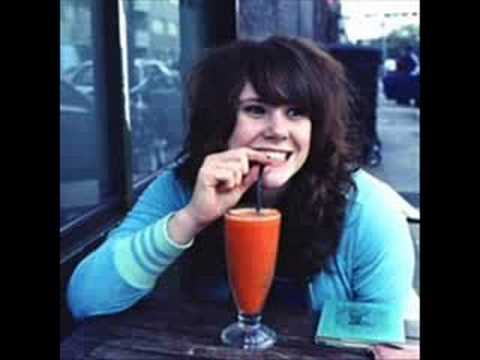 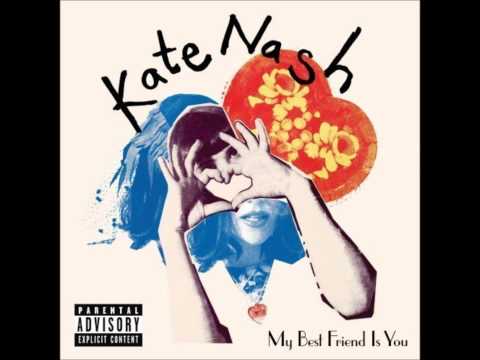 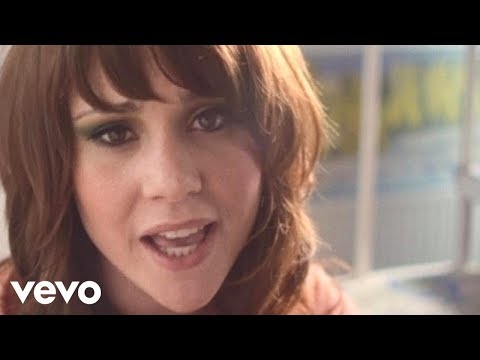 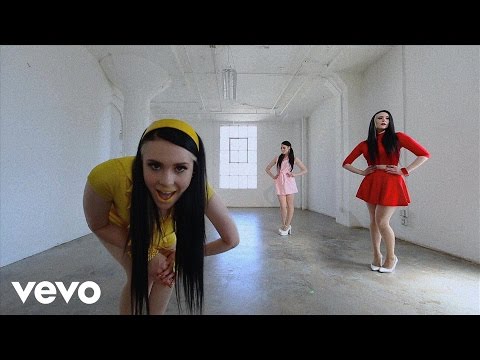 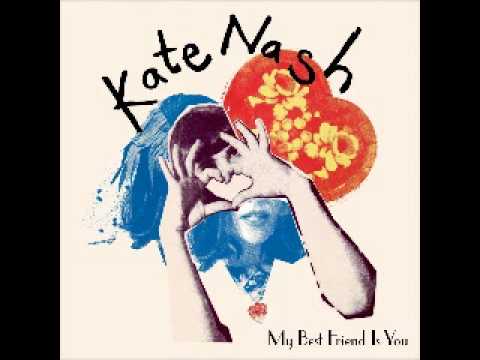 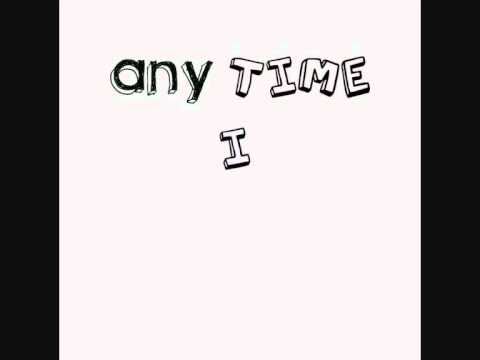 I Hate Seagulls / My Best Friend Is You 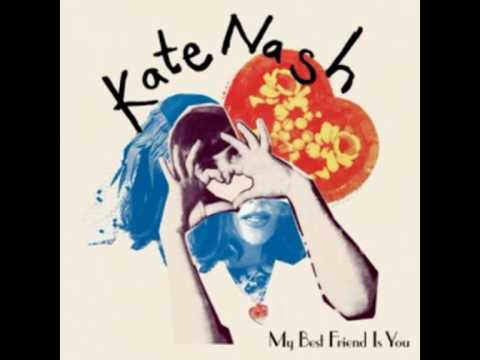 I Just Love You More 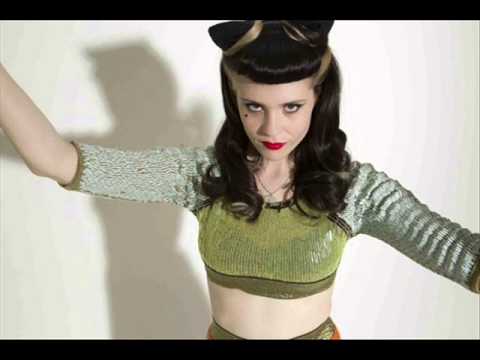 I Want A Boyfriend 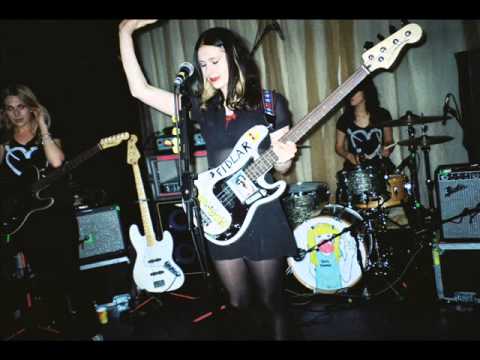 I'm a Feminist You're Still a Whore 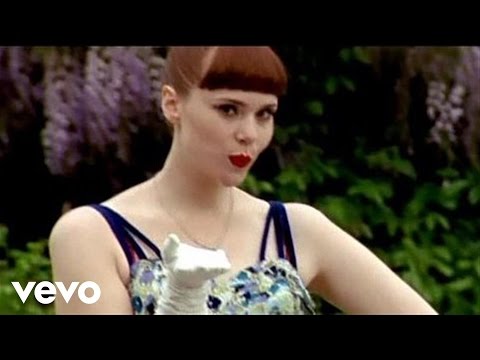 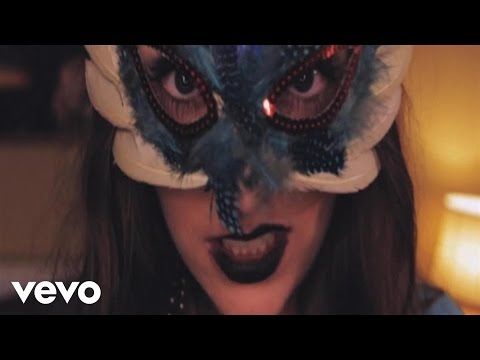 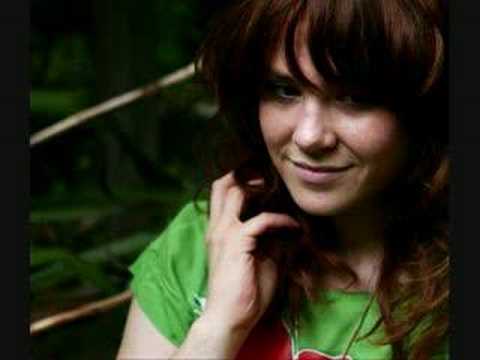 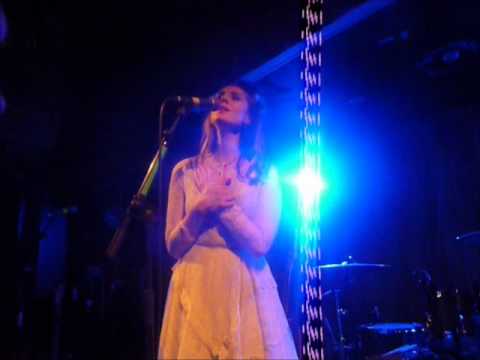 Lullaby for an Insomniac 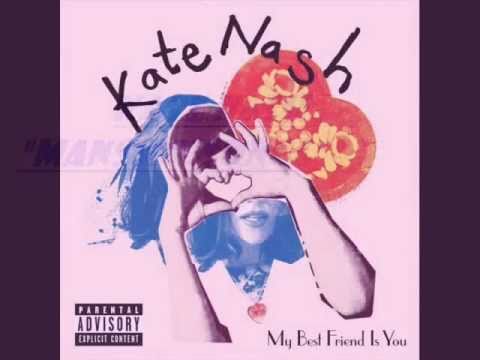 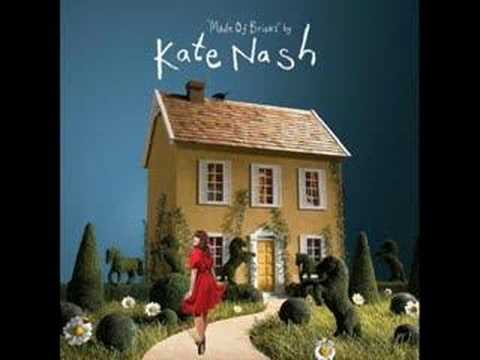 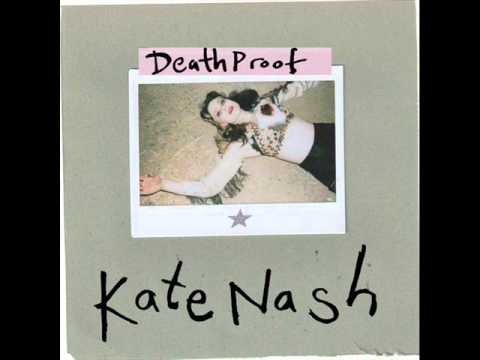 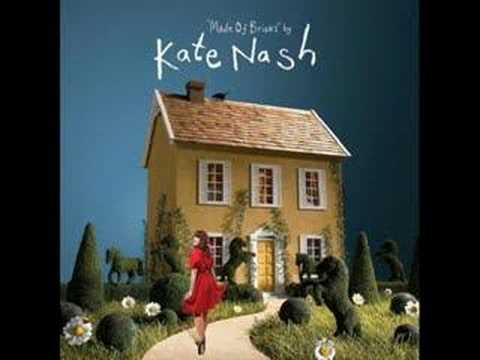 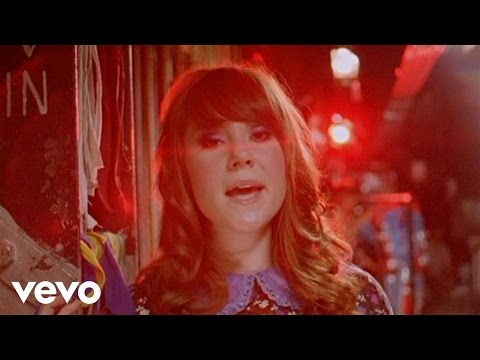