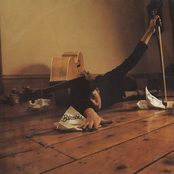 Kate Bush (born Catherine Bush on 30 July 1958 in Bexleyheath, Kent, England, now part of Greater London) is an English singer and songwriter known for her expressive four-octave soprano voice, idiosyncratic and literary lyrics, and eclectic and meticulous musical and production style. She debuted in 1978 with the surprise hit "Wuthering Heights", which was number one in the British music charts for four weeks and the first UK number one by female artist with a self-penned song. Kate will make a...

Kate Bush (born Catherine Bush on 30 July 1958 in Bexleyheath, Kent, England, now part of Greater London) is an English singer and songwriter known for her expressive four-octave soprano voice, idiosyncratic and literary lyrics, and eclectic and meticulous musical and production style. She debuted in 1978 with the surprise hit "Wuthering Heights", which was number one in the British music charts for four weeks and the first UK number one by female artist with a self-penned song. Kate will make again UK chart history in 2014 by becoming the first female to score eight albums on the UK Official Albums Chart simultaneously.

Whilst learning the violin and piano at St. Joseph's Convent Grammar, she caught the ear of Pink Floyd's David Gilmour who funded some demos, ultimately leading to a deal with EMI (Pink Floyd's ultimate record company through the progressive Harvest imprint) when she was sixteen. Over the next two years EMI allowed her to hone her talents to and to finish school without releasing any material--while maintaining an exclusive contract. Bush's first releases were in 1978 with the single Wuthering Heights (which went to number 1 in the UK) followed by the album The Kick Inside.

Even from her earliest works, featuring piano as a primary instrument, Bush wove together many diverse influences, melding classical music, rock, and a wide range of folk sources, producing a unique amalgam which has continued throughout her career. Later recordings have moved farther from a rock base, however, notably with the release of The Dreaming in 1982, where she experimented heavily with the then-new technology of sampling.

Recorded in the same sessions as Bush’s reworking of old material, Director's Cut, 50 Words For Snow comprises seven songs “set against a background of falling snow.” The album was released through the singer’s personal imprint, Fish People, on November 21, 2011. It was Kate Bush's 10th studio album.

Kate Bush has tackled sensitive and taboo subjects long before it had become fashionable to do so; "Kashka From Baghdad" is a song about a gay male couple; "Breathing" explores the results of nuclear fallout. Her lyrics are often literate and reference a wide array of subject matter, some of which is relatively obscure, such as Wilhelm Reich in "Cloudbusting", or G.I. Gurdjieff in "Them Heavy People".

The lush arrangements, complex production and intelligent, thoughtful lyrics found in her work can sometimes mask the fact that Kate Bush is a peculiarly witty writer and that comedy is not only a big influence on her — she has cited Monty Python, Woody Allen, Fawlty Towers and The Young Ones as particular favourites — but also a significant component of her work. In addition to her British peers, Bush has reportedly cited American musicians Frank Zappa and Devo as musical influences.

As a vocalist, she has also provided backing vocals or duets with Peter Gabriel, Roy Harper, Big Country and others. She is often cited as an influence on later artists, most especially female singers such as Jane Siberry, Happy Rhodes and Tori Amos.

Kate Bush has collected two Ivor Novello awards: in 1979 'Outstanding British Lyric' for "The Man With The Child In His Eyes" and 'Outstanding Contribution To British Music As A Songwriter' in 2002. In 1987 she scooped 'Best British Female Artist' at the Brit Awards. In 2001, Kate won Q Magazine's 'Classic Songwriter' award, revealing an unlikely fan in John Lydon who announced, in his acceptance speech for the 'Inspirational Artist Award,' "I'd like to say hello to Kate Bush, thank you, your music is f****ng brilliant".

Kate's song "Running Up That Hill", from the 1985 album Hounds Of Love, has been covered by Placebo on a number of dates during their 2006 tour. The Futureheads, released a version of Kate's "Hounds of Love" as a single, which did rather well.

Early in 2014, Kate Bush announced her first tour for 35 years - the last being in 1979 when she performed the “Tour of Life”, a gruelling series of gigs that concluded with a concert at the Hammersmith Odeon. Tickets for the new tour went on sale on March 28, 2014 and all 22 dates sold out in less than 15 mins. In response, Kate published a message on her website - “I am completely overwhelmed and genuinely shocked by the incredibly positive response from everyone.  Thank you!”. The tour, entitled “Before the Dawn”, started on Tuesday August 26, 2014 and ran through August and September 2014 at the Hammersmith Apollo venue in the UK. The closing date was October the 1st. Read more on Last.fm. User-contributed text is available under the Creative Commons By-SA License; additional terms may apply. 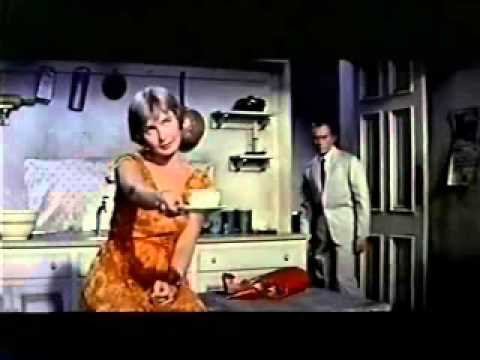