Julie Rogers was born Julie Rolls in Bermondsey, London, on the 6th April 1943. She started her professional career with the TEDDY FOSTER ORCHESTRA. She sang with the band for two seasons at Butlins, Filey, UK. Building on her success she formed a double act with Ted, a la Louis Prima and Keely Smith and toured all the American bases throughout Europe. This was a great grounding for her and really taught her the business. They did this for about eighteen months, by which time Ted suggested...

Julie Rogers was born Julie Rolls in Bermondsey, London, on the 6th April 1943. She started her professional career with the TEDDY FOSTER ORCHESTRA. She sang with the band for two seasons at Butlins, Filey, UK. Building on her success she formed a double act with Ted, a la Louis Prima and Keely Smith and toured all the American bases throughout Europe. This was a great grounding for her and really taught her the business.

They did this for about eighteen months, by which time Ted suggested that Julie should go solo and took her to see Johnny Franz at Philips Records (now Phonogram). Johnny immediately said that he was going to sign her up and in April of 1964 she signed a five-year agreement.

Her first record, 'It's Magic' introduced her to radio and TV stations. Her second record, 'The Wedding', was a worldwide number one and has sold in the region of 15 million copies to date . . . and is still selling. Of course, this opened up the world to her and she has been touring ever since.

With the success of her first hit she was in demand to appear on television shows. She appeared as a guest artiste in every major show, such as 'Sunday Night At The Palladium' in the early days and guested with Tom Jones, Roy Orbison, Benny Hill, Tommy Cooper and many other superstars. Julie has also presented music shows for the BBC and continued to be a regular on our screens.

Subsequently, she had three more hits 'Like A Child', 'Hawaiian Wedding' and 'In My Room'.
Julie appeared for a staggering eleven times at the 'Talk of The Town' in London, not to mention many times at the Savoy Hotel, which used to have cabaret. She also had a record breaking three-week season at 'The Green Room' and also the 'Pizza On The Park'. Twenty four tours of Australia including concerts and television. Julie has also presented her own TV Specials in Hong Kong, Singapore, Thailand, Portugal, Holland & Spain.

She also appeared in Hong Kong in May 1998 before the "take-over" and then at the Dusit Thani Hotel, Bangkok, for two gala shows. Although she is also kept very busy with corporate appearances in all the London hotels and prestige venues around the world, Julie has also performed at many royal shows for the Duke of Edinburgh, Princess Margaret, Diana Princess of Wales, The Duke of Kent and the Duke of York, and has appeared several times at Buckingham Palace.

In addition to performing in the UK, Julie's talents are in constant demand throughout the world. Australia, America, Canada, The Far East, Middle East, Spain, Italy and the South of France are just some of the countries that have enjoyed her talents. The 'Sporting Club' in Monte Carlo is without doubt the most prestigious venue in the world and Julie has been repeatedly booked there following such stars as Frank Sinatra, Shirley Bassey and many other top celebrities. In fact she was presented with a silver cup for the best show in 15 years! Another part of her busy working life are regular performances on some of the world's luxury liners.

Julie was very proud to have been made a Freeman of the City of London for all her charity work involvement with Variety Club of Great Britain, Grand Order of Lady Ratlings, Stars Organisation for Spastics and many others.

Known not only for her superb singing, but also for her outstanding looks and personality, all of which are matched by her stunning clothes, Julie continues to delight and excite her audiences both at home and abroad, be it in the Concert Hall or the Cabaret Room.

NEWSFLASH
Julie was invited to Buckingham Palace on July 22nd to a garden party for the 'Not Forgotten Society' which honours our military through the ages and right up to the current war in Iraq. She was very proud to be invited for the fourth year.

On July 11th Julie performed at the Theatre Royal Windsor in the presence of H.R.H. The Duke of Edinburgh in aid of the Prince Philip Trust Fund, along with a host of stars including Englebert Humperdinck and Joe Pasquale. Julie received a standing ovation. It was a fantastic night.

LIVE REVIEWS
September 24th, The Radlett Centre, Hertfordshire
'This show is perhaps outside the usual remit of Crescendo, which is essentially a jazz magazine. However, it was nice to get reacquainted with a singer who came from a big band background, when the bands were regularly on the BBC as a matter of course.

Julie Rogers was the featured vocalist with trumpeter Teddy Foster's band, and later, toured all the American air bases in Europe with Ted in a double act after the fashion of Louis Prima and Keely Smith. Julie will be touring Australia for the twenty third time in November and has kept a busy international schedule since her dance band days.

At the Radlett Centre, she was accompanied by the Phil Phillips Quartet, and gave the full house a terrific evening of standards, show tunes and a touch of jazz. The quartet played a brief opener, and Phil introduced) Julie who sashayed on stage, wowing the celebrity strewn audience with her dazzling looks and big smile. Like our editor, Dennis Matthews, The Stars Organisation For Spastics, and many others. The show, Produced by husband, Michael Black, was well paced, nicely varied, and at all times looked good because of Julie. The rapport between singer and her musicians was first class, and with Phil directing from keyboards, the quartet comprised Dean Morris (drums), Keith Goddard (bass), and Pete Callard (guitar). Phil Phillips did a splendid job and the audience were treated to an outstanding singer who is also an all round entertainer, with a keen sense of humour. Julie came on for the second half in a stunning costume change, and carried on in total command of both microphone and stage. She moves well and had the crowd in stitches with three wicked impersonations of Judy Garland, Shirley Bassey, and an outrageous Lena Horne. Inevitably, she included her big number one hit 'The Wedding', beautifully done, and in summary, we spent two hours in the company of an outstanding performer at the top of her profession. A fine singer, with a good feel for the lyrics and meanings of all her songs, which was just as well with her brother-in-law, lyricist Don Black sitting near the front! The experience of those big hand days shone through, and the star was rewarded with a thoroughly deserved standing ovation. Most enjoyable evening. Television producers should consider finding spots for performers with real talent like Julie Rogers. It would make a nice change from all those juvenile singing strippers. Read more on Last.fm. User-contributed text is available under the Creative Commons By-SA License; additional terms may apply. 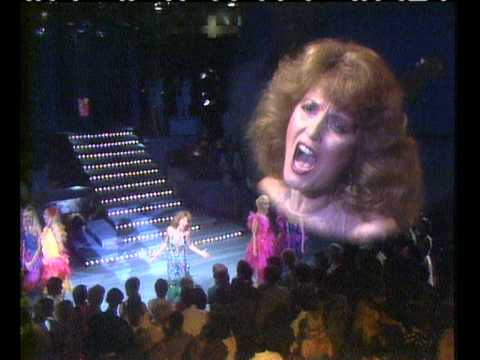 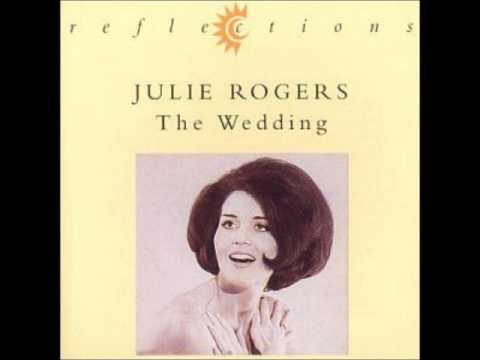 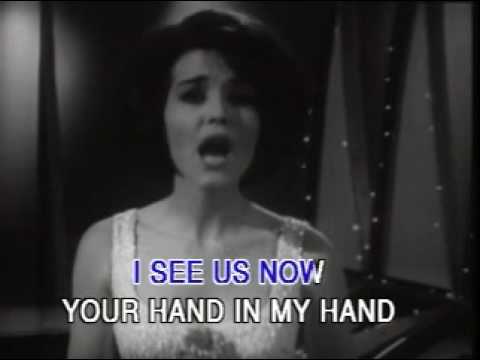 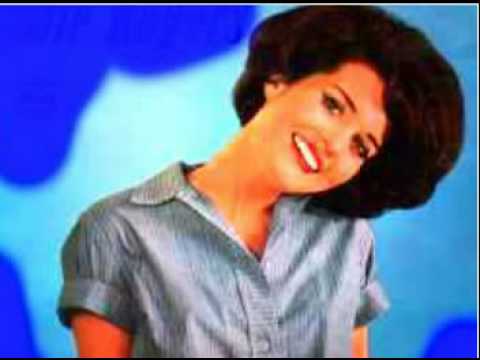 Julie Rogers - You Never Told Me 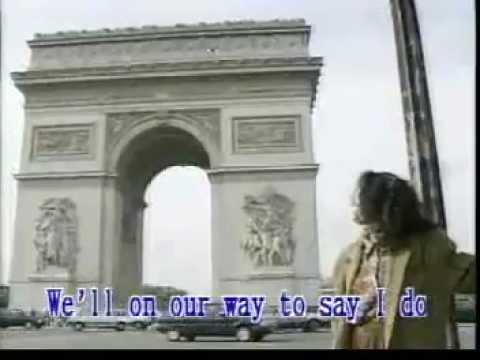 The Wedding by Julie Rogers (Lyrics) 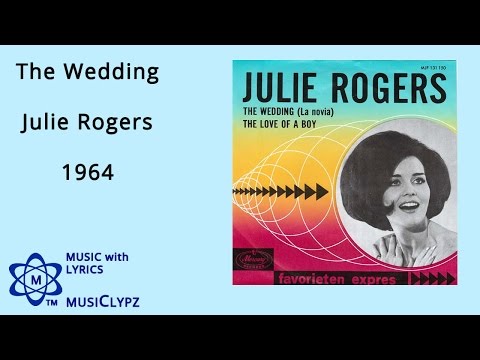 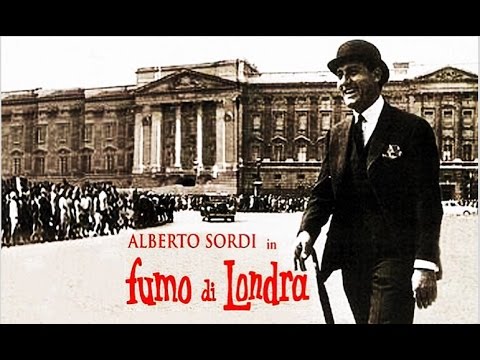 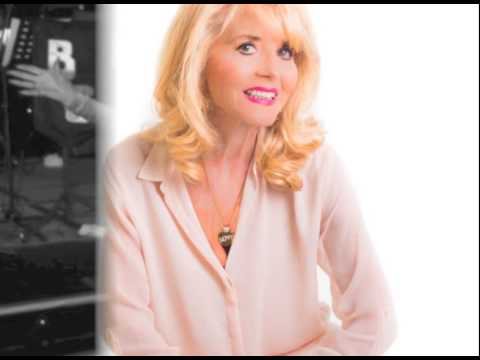