Jonwayne is an incredibly prolific up-and-coming producer and emcee from La Habra, California associated with the Low End Theory, the Wedidit Collective and Stones Throw Records. Meet Jonwayne, a baby-faced white kid from the LA suburb of La Habra, who's been a fixture at Low End Theory long before he was old enough to drink. The 28 year-old rapper/producer got his start early, writing his first raps and recording his first beats while still in high school. Back then, he was a football-playing...

Jonwayne is an incredibly prolific up-and-coming producer and emcee from La Habra, California associated with the Low End Theory, the Wedidit Collective and Stones Throw Records.

Meet Jonwayne, a baby-faced white kid from the LA suburb of La Habra, who's been a fixture at Low End Theory long before he was old enough to drink. The 28 year-old rapper/producer got his start early, writing his first raps and recording his first beats while still in high school. Back then, he was a football-playing poetry-writing theater geek. The football part made sense; both his older brothers were varsity players, and their coaches knew him since he was a kid. But by the end of his sophomore year, the allure of jockstraps and pushups had waned, and Jonwayne (then still known as Jon Wayne) removed himself from the roster.

Fearful that they had a slacker son on their hands, his parents presented Jon with two options: find a job, or get some kind of productive hobby. The choice was easy—he got involved with the theater program at his school and attended the Young Artists Workshop, where he discovered a love of spoken word performance. Around the same time, he found his poetic muse; a girl he had a crush on was into poetry, and he wanted to impress her. "I was having all kinds of frustrating problems with raging hormones and trying to express myself. I was a mess," he says. "So [writing poetry] was really helpful. It wasn't necessarily a ruse—it just started as this half-assed thing and then it turned into something that I did really heavily for the next few years."

Writing turned to rapping at the age of 17, when a crew from West Covina at the Young Artists Workshop made an impression on him. Every day they'd bring over a workstation to make beats and Wayne would listen to them rap. "I was kinda tagging along, being the token white kid of the group, because, you know they needed one of those guys in there," he says, recalling how they'd encourage him to start rapping. "I started developing a style, but I wasn't comfortable recording it because they all had a certain aesthetic, and they pushed a certain vibe on everyone." After saving up enough cash to buy a cheap microphone, he left the group and started recording on his own. "I was kinda feeling like I was going somewhere else."

That somewhere else turned out to be Low End Theory, where he found a community of more like-minded artists such as dublab and Low End Theory-affiliated Kutmah. Wayne remembers the night they met very clearly: it was in early 2009, and the night's guests were Dibiase, Devonwho and Mono/Poly—a lineup that can easily draw a line stretching around the block in 2012, but which still allowed for some elbow room on the dance floor at the time. Dibia$e, Wayne's friend and mentor, encouraged him to bring a stack of CDs of his beats and hand them out to select tastemakers in the crowd—including Kutmah.

"Dibiase was like, 'You need to give him something.' So I did, even though I didn't know who he was at the time. He said he wanted to give me something too. He gave me this Sacred Geometry Mix and that was it! He was the first person to ever put me on." Kutmah was working at Poo-Bah Records at the time, and he started playing Wayne's CD there. DJ Nobody—Low End curator and fellow Poo-Bah employee—took notice and asked him for some more beats. After passing along his latest work, Nobody started playing them out during his sets. Soon after, Wayne booked his first Low End gig, becoming one of the youngest artists to grace its tiny stage.

"Elvin [DJ Nobody] had heard my music before, but it wasn't until he heard me rap for Dibia$e that he was like, 'Oh, OK—let's do this,'" he recalls. He invited Wayne over to his house to put together a set. Wayne brought over five CDs worth of material, and after spending a day sorting through the tracks, 30 beats made it onto his 404. "Elvin helped create it. He knew what would work there, so he picked out my set for me … you gotta be inducted into the family, and they took me in."

On the night of his Low End debut, it was pouring rain outside, and it was the first and last time he can remember ever being nervous before a show. "I had envisioned that night for a long time—it'll be packed, I'll subject these people to my shit for half-an-hour and it'll be dope. And then it started raining, and I was like, 'Ah, fuck. This is my one chance and it's not gonna go like I expected.' I didn't want to fuck up. Two hours before go time, I told Elvin, 'I don't think I can do this shit.' I thought it would be awful."

The rain had thinned out the crowd from its normal sweat-soaked, sardine-packed population of beat obsessives. But Wayne found himself rising to the challenge, transformed, swept away with his audience like the water guzzling through the venue's outside patio. "I can safely say it changed the course of my life. I think it was one of Elvin and Kevin's first experiences seeing the next generation—kids taking what they were doing and absorbing their aesthetic and building on it."

Wayne's second big break came shortly thereafter. Early one morning in May 2010, Kutmah woke up to the sound of police knocking at his door. He immediately knew what was going on; born and raised in Brighton, England and brought to Los Angeles at age 12, Kutmah lacked legal-residency status, and it was only a matter of time before someone noticed. Within minutes, he was handcuffed and detained by Department of Homeland Security authorities for failing to honor a voluntary deportation notice that he had signed over a decade earlier.

While he was locked up in a high security prison in New Mexico awaiting deportation, a furious local effort amassed to raise money for his mounting legal fees and raise awareness about the case. About two months in, as deportation loomed, Kutmah asked Wayne to host a benefit show produced by screen-printing collective Hit+Run. He had never performed at a Hit+Run event before—they didn't even really know who he was at the time—but they added him to the night's stacked lineup, which featured Stones Throw's giants like resident funkmaster Dam-Funk, smooth soul crooner Mayer Hawthorne and founding father Peanut Butter Wolf.

"For him to ask me to host, that was a big thing. For me to have the opportunity to share the stage with all these people that I admired and wanted to work with, that was great. I secretly think he knew that would be a great situation for me to be in."

During Dam-Funk's set, Wayne finally caught up with Stones Throw Records label head Wolf, a man he'd been chasing since the days of MySpace. "When I first started making music, the Stones Throw library—the funky, soulful aesthetic—was a very loud template for me," Wayne says. "My music was very derivative at first but then I started to find my voice and ended up going away from them and, in the process, attracted Stones Throw to me." He inked a three-album deal with the label this past January, shortly after his 21st birthday.

Before joining the Stones Throw family, Wayne already had a recording system nailed down: he used to drag a synthesizer, his 404 and some turntables into the bathroom and set up shop: the "synthesizer sits on top of pulled-out drawers, 404 goes on one side of the sink and a turntable goes on the other side." Any extra gear ended up on stacks of books. Wayne would sit in the bathroom composing tracks and beats, his eight-track resting on a trash can beside him, escaping to his bedroom when he needed inspiration for his rap lyrics. It was in the bathroom that he produced what later became his Alpha Pup debut, Bowser, a collection of sample-free beats blending the Warp Records' distinct brand of IDM with video game-influenced melodies. Deeper, darker instrumentals followed with his sophomore album The Death of Andrew, released on Alpha Pup late last year, along with several essential, self-released mixtapes.

The success of Bowser allowed Wayne to graduate from his commode. He now works out of the Stones Throw headquarters in Highland Park, in a studio he helped build with Peanut Butter Wolf and close friend/collaborator Jonti, a fellow Stones Throw signee. At last, Jonwayne finally ended up where he was always meant to be: right next to the ever-elusive, always-brilliant producer Madlib, on the roster of one of the most innovative hip-hop labels in the world.

"I had dreamed for years about coming here and meeting these people and seeing where it all started, [but] as a visitor... rather than a welcomed guest! It goes to show that if you want to grab someone's attention, you literally have to take them by the collar and be like, 'You're fucking listening to me now.' There's no other way."

Releases:
Jonwayne released his debut instrumental album Bowser on Alpha Pup Records on April 19, 2011, the mixtape How Stella Got Her Groove Back in July 2011, the compilation mixtape Thanks, Bro in August 2011, and the mixtape I Don't Care through Wedidit in September 2011. Jonwayne released his second proper album, The Death of Andrew, on October 25, 2011 on Alpha Pup Records. Shortly afterwards he signed to Stones Throw Records, on which he released the beat tape Oodles of Doodles in March 2012. Later that same month, he self-released a mixtape titled This Is False. He released a mixtape titled Jonwayne Fucks Disney on May 29, 2012. Most recently he released Casette (a limited edition 24-minute rap tape available only on casette) through Stones Throw on July 31, 2012. Read more on Last.fm. User-contributed text is available under the Creative Commons By-SA License; additional terms may apply. 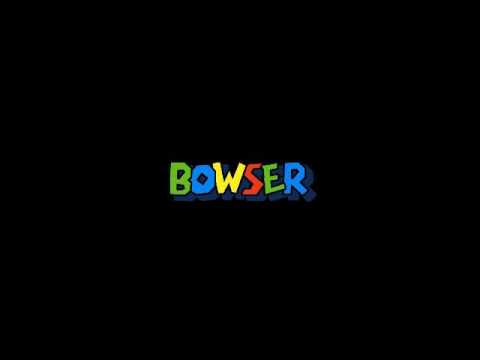 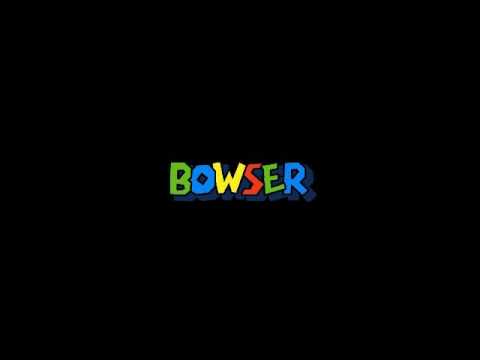 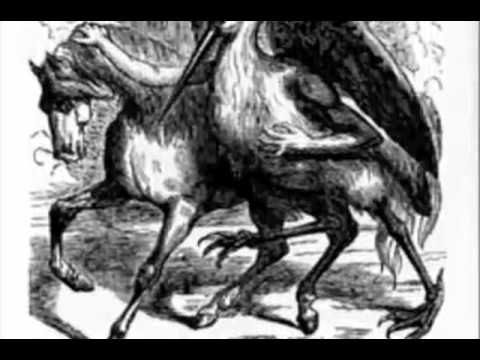 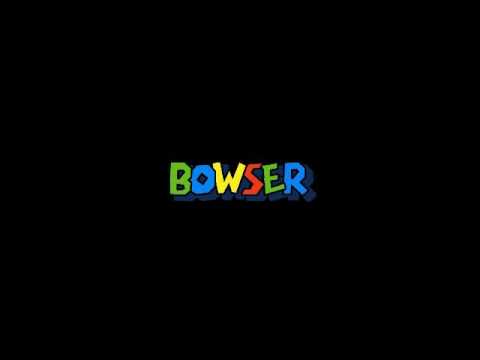 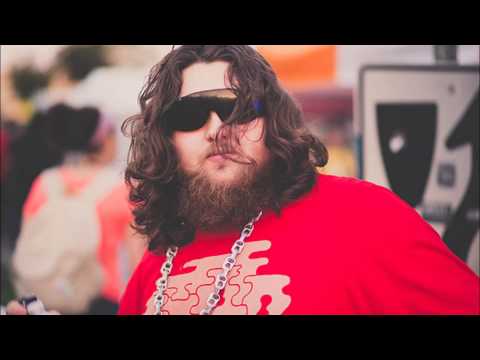 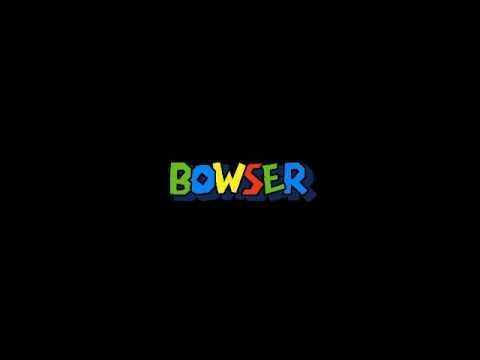 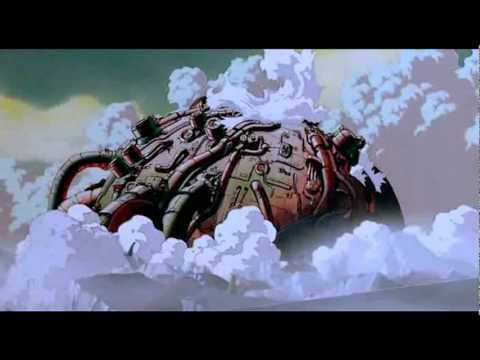 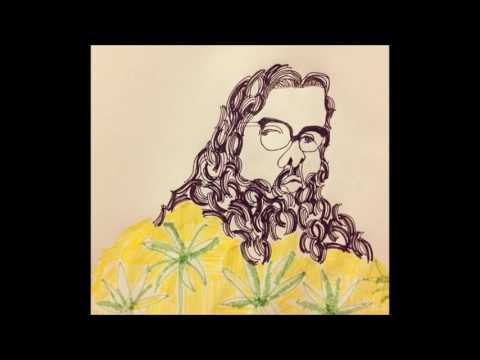