Jonathan King (born Kenneth George King, 6 December 1944, London, England) is a British singer, songwriter, TV personality, impresario, and pop music producer.[1] He first came to prominence when he wrote and sang the global hit "Everyone's Gone to the Moon" in 1965, going on to become an executive and media entrepreneur. He recorded many more songs as well as becoming a writer and producer for various other musical artists. In total he has amassed career sales as a performer in the region of 40...

Jonathan King (born Kenneth George King, 6 December 1944, London, England) is a British singer, songwriter, TV personality, impresario, and pop music producer.[1]
He first came to prominence when he wrote and sang the global hit "Everyone's Gone to the Moon" in 1965, going on to become an executive and media entrepreneur. He recorded many more songs as well as becoming a writer and producer for various other musical artists. In total he has amassed career sales as a performer in the region of 40 million.[2]
In 2001, King was convicted of sexual offences committed in the 1980s against boys aged 14 and 15, for which he served three and a half years in jail.[3] He continues to protest his innocence. His application for review has been accepted by the European Court of Human Rights in 2008.

The child of an American father and an English mother, King was educated at Charterhouse School and Trinity College, Cambridge. He made his first recordings with Joe Meek, but those were not released. As an undergraduate, he wrote and sang his first hit, "Everyone's Gone to the Moon", in 1965 which sold over 4 million copies and was a hit everywhere including America. Before graduating, he wrote and produced further hits such as "It's Good News Week" by Hedgehoppers Anonymous and later "Johnny Reggae" by The Piglets, and also discovered, named and produced Genesis, whose founding members were also at Charterhouse.

He ran Decca Records twice, first in the late 1960s and again in the late 1970s. Under various different names he performed and produced a large number of songs. Among these were "Let It All Hang Out", "It Only Takes A Minute", "Sugar, Sugar", "Loop di Love", "Hooked On A Feeling", "Lazybones" and "The Sun Has Got His Hat On". He produced such hits as "Leap Up And Down Wave Your Knickers In The Air" for St Cecilia and the Bay City Rollers; he sang on their first hit, "Keep on Dancing". He backed The Rocky Horror Show and produced the original cast album.

In 1971, 1972 and 1973 he was named Producer of the Year according to industry magazine Music Week beating Mickie Most.
His own record label, UK Records had dozens of hits with artistes such as 10cc, whom he named, Terry Dactyl and the Dinosaurs Seaside Shuffle, Roy C Shotgun Wedding, Carl Malcolm with "Fattie Bum Bum", The First Class with "Beach Baby", Lobo Baby I'd Love You To Want Me, and many others, sometimes three or four on the charts at the same time. King frequently performed under pseudonyms such as "Shag", "Sakkarin", "Bubblerock", "100 Ton and a Feather" and "Nemo", although in 1975, a rendition under his own name of "Una Paloma Blanca" was named Record of the Year at the Ivor Novello awards.

In 1978, standing under his real name (Kenneth George King) as a Royalist candidate he polled a respectable 2,350 votes in the Epsom and Ewell by-election on 27th April 1978.

King moved on from the music industry in the 1980s, to further his involvement in television and radio. He presented a daily radio talk show on New York's WMCA radio from 10-12 weekday mornings throughout 1980 and regularly reported from the US on Top of the Pops. A spinoff series, Entertainment USA, was very successful on BBC Two, getting over 9 million viewers. He also created the Youth TV show No Limits which topped the BBC ratings.

King wrote a page in The Sun for eight years called 'Bizarre USA' and his criticism of Band Aid and Live Aid provoked 18,500 letters in one day. He wrote regular features in many other newspapers and magazines. King also completed two published novels, Bible Two and The Booker Prize Winner.

King wrote and hosted the BRIT Awards for BBC Television in 1987 and he wrote and produced them after the Samantha Fox/Mick Fleetwood fiasco of 1989 in 1990, 1991 and 1992. From 1995, he organised A Song For Europe, the BBC quest for a Eurovision Song Contest winner. The 1996 entrant by Gina G, "Ooh Aah... Just A Little Bit", went to number one in the UK Singles Chart and was a hit around the world, whilst the 1997 entrant by Katrina and the Waves', "Love Shine a Light", won the contest. [9]. He is also responsible for the Record of the Year shows on British television, regularly shown in December, which continue online. In 1990 at the end of the Thatcher government King released "We Can't Let Maggie Go"; it did not enter the pop charts.

In 1993, he founded The Tip Sheet, a music weekly publication, which also continues online as a message board discussing and promoting unknown and unsigned musical acts, and in 1997 he was awarded the BPI Man Of The Year Award in a ceremony at the Grosvenor House Hotel with a message of support from the then Prime Minister, Tony Blair.
King was also an early fan of the Harry Potter books, releasing a tribute CD in 1999. King recorded the first studio version of "Who Let the Dogs Out?", before the Baha Men hit, under the name Fatt Jakk and His Pack Of Pets.

In November 2000, King was questioned by police and charged with sexual offences dating back to the early 1970s. After the case attracted publicity, several more men came forward with complaints, and further charges were laid. Following a trial in September 2001, King was convicted and received a seven year prison sentence for four indecent assaults and two other sexual offences against 14 and 15 year old boys committed between 1983 and 1989. He was released on parole half way through the sentence. A second trial relating to the allegations from the 1970s saw King acquitted on those charges.
King has admitted that in the 1960s he had sex with teenagers who were under the age of consent. His sexual partners included both females and males and he says "I've always said I was guilty of breaking the age of consent laws because they weren't equalised". The age of consent between males was 21 but it was 16 for heterosexual acts. And he said: "I wasn't guilty of having sex with the men I was convicted of (having sex with)."

On his release he stated his intention to return to the music and entertainment industry King promoted Orson, whom he discovered on MySpace, in The Tip Sheet, and they later signed recording and publishing deals as a result and released successful singles and an album in the UK.[citation needed] King heard of Orson from an early advocate of Orson's talent and potential[18]on their MySpace site, raved about No Tomorrow on the Tipsheet and within days the band had publishing and label deals.

His 1969 hit "Let It All Hang Out", which he publishes, fronted a lucrative TV commercial campaign for Fosters Twist Lager in 2006 and 2007.
In 2007 he released a collection of mainly new songs, entitled Earth to King. One of these songs attracted controversy in July 2007, when it was seen to defend the serial killer Harold Shipman.

In November 2007, it was reported that the European Court of Human Rights is hearing the appeal against his convictions.

In May 2008, he released a full length feature film [21]called VILE PERVERT: THE MUSICAL which he describes as a ComDoc - a comedy documentary. This is a satire including 21 music numbers and 21 characters mainly portrayed by King.

This has been placed online and can be watched or downloaded for free.
Read more on Last.fm. User-contributed text is available under the Creative Commons By-SA License; additional terms may apply. 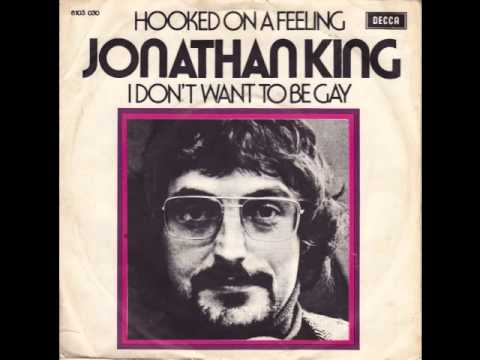 Hooked On A Feeling 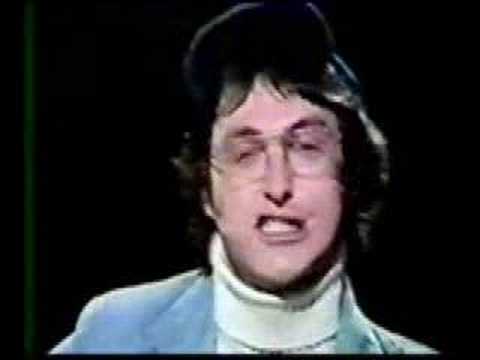 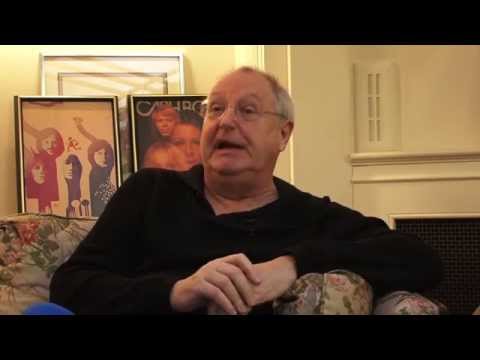 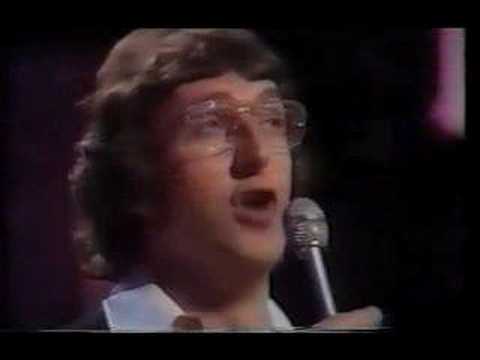 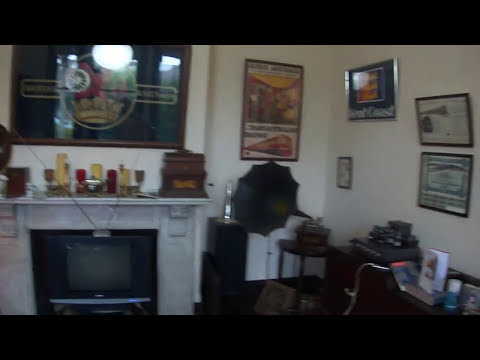 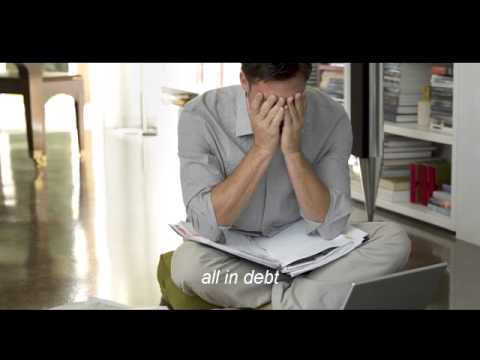