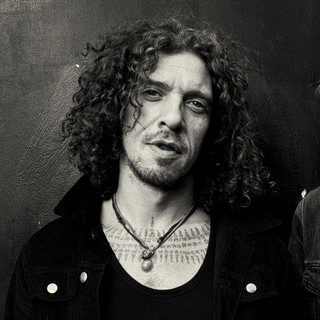 - “Truly exquisite.” – (The Guardian) - “Possibly the finest guitarist you’ll ever see.” – (Chris Long BBC) - “All the slide guitars skills of Robert Johnson” – (Electric Ghost) - “John Fairhurst is a phenomenon known as ”Claptons Son” or the Wigan Jimi Hendrix... Audiences are blown away by his ability to channel Rock and Roll greats into a modern and really jumping sound” (Chris Tofu - Island Records/ Continental Drifts ) The Sound of Modern British Blues. John Fairhurs...

- “All the slide guitars skills of Robert Johnson” – (Electric Ghost)

- “John Fairhurst is a phenomenon known as ”Claptons Son” or the Wigan Jimi Hendrix... Audiences are blown away by his ability to channel Rock and Roll greats into a modern and really jumping sound”
(Chris Tofu - Island Records/ Continental Drifts )

Whether performing solo or backed by the hardest-hitting rhythm section on the scene, Toby Murray on drums and Justin Kool on bass, Johns live shows are loud, sweaty, explosive and powerful.

With a host of major UK festival and club appearances over the spring and summer and tours of several European countries soon to be announced, 2015 is going to be a busy one.

2014 was a very exciting year with intensive touring a very busy Summer Festival schedule with riveting performances at Glastonbury, Boomtown, Bestival and Shambala just to name a few; the release of new and long awaited album “Saltwater” in October all topped off by signing a world wide Publishing deal with Metropolis Publishing.

Saltwater was recorded between Bristol and London, with Nathan Evans engineering the Bristol sessions and Alex Bietzke producing at Dean Street in London. John is accompanied by old faithfuls Joe Strouzer on harp and Toby Murray on drums with the addition of new band member Tim Louden on Bass and Emma Divine on backing vocals. The new album is a full-on electric blues experience with John’s unique voice and guitar playing refraining to no boundaries helped by a number of very special guests that will shortly be revealed. The album was mixed by Alex Beitzke (Jamiroquai, Florence and The Machine, Nigel Kennedy) and is being mastered by Ray Staff (Led Zeppelin, Rolling Stones, The Clash). The lads have already been showcasing the new songs at the Summer Festivals. The band on the road are a tight trio made up by John on Vocals and Guitars, Toby Murray on drums and Justin Kool on Bass.

John’s music has found its way onto the big screen with two films that are due to appear at two of the most prestigious Film Festivals in the World; in February “The Beat beneath my Feet” directed by John Williams and featuring Luke Perry and Lisa Dillon took part at The Berlin Biennale after receiving very enthusiastic reviews in October 2014 at London’s Rain dance Film Festival. “The Beat beneath my Feet” features six songs; “Obnox Stomp”, “I’m coming home”, “No Shelter”, “Hungry Blues”, “Big Dig” and “On the Run”.

In May a second film, “Tomorrow” directed by Martha Pinson and produced by no less than Martin Scorsese, will premier at The Cannes Film Festival. “Tomorrow” stars Stephen Fry, Joss Stone and Sophie Kennedy Clark and will include a cameo by John Fairhurst performing one of his classics “Light my Way”. The plot is a poignant one about British soldiers returning from Afghanistan and trying to settle back into life whilst recovering from the conflict’s trauma.

New recordings as are underway and will be laid down for posterity at the historic Metropolis PowerHouse Studios in Chiswick London which gave the birth to many a masterpiece (Peter Gabriel, Amy Winehouse, Queen, Public Enemy, Led Zeppelin).

Wigan native Fairhurst has been honing his craft on the road combining his passions for people and music for years. The result is an awe inspiring wall of sound rooted in his northern blues background with a gritty mournful deep-south attitude and a voice to carry it home. Introduced to Sarod Master K. Shridhar at the age of 5 when he stayed with his family, John’s music has a distinctly eastern feel, with influences from Shridar as well from his own travels through Asia. With a bottle-neck style blues referencing the likes of Son House and Bukka White, comparisons to the fingerpicking of John Fahey, a leaning towards the psychedelic 60’s rock of Hendrix and Led Zeppelin and the ever present influence of K. Sridhar and Indian raga, John’s music is a real melting-pot of diverse musical traditions freely hand picking tunes from the Mississippi to the Ganges. John Fairhurst truly epitomises the modern day wandering blues man. He has gone on to tour the globe and entertain crowds at illustrious festivals such as SXSX and Glastonbury to name but a few. John’s enigmatic stories relayed through intense and original blues are all told using his trademark howling vocals; think Captain Beefheart meets Tom Waits.

John’s wanderlust character, lead him to New York in 2009 where he arrived with only a bag of clothes and his beloved resonator. He met a fellow blues player and proceeded to arrange and perform 14 sell out shows in a 15 days, a feat demonstrating what a gifted performer John truly is. Bare chested and tattooed (by monks in a Thai temple), when John Fairhurst walks onto a stage you know you are not only about to hear incredible blues, but the tale of one mans tireless journey leaving a lasting impression wherever he stops. With three independent releases under his belt, he garnered critical acclaim from the offset with The Guardian describing his 2008’s instrumental debut album ‘Joys of Spring’ as “Truly exquisite”. His following releases 2010’s ‘John Fairhurst Band’ and 2012’s ‘Hungry Blues’ were also hailed in similar manner. Coupled with his tenacious attitude to touring and following a summer of explosive live shows both in the UK and Europe, John has built on previous festival appearances at Glastonbury, SXSW, Green Man and Edinburgh Festival to widen his audience with shows at Secret Garden Party, Shambala, Boomtown. With residencies on the Harley Davidson European Festival and a tour with Johnny Winter now under the belt… 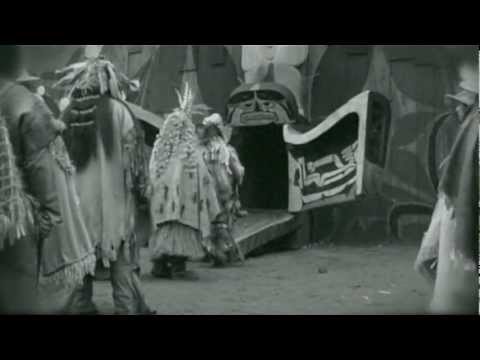 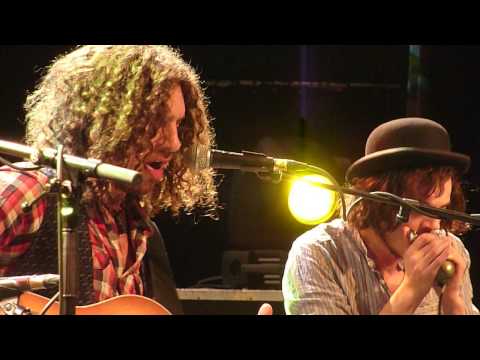 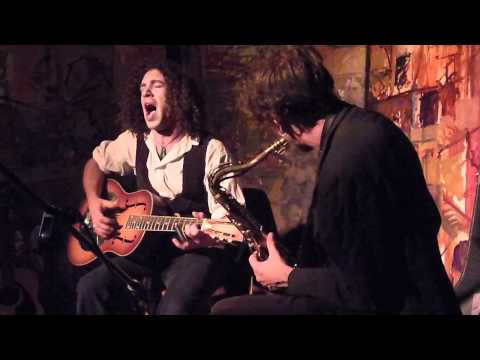 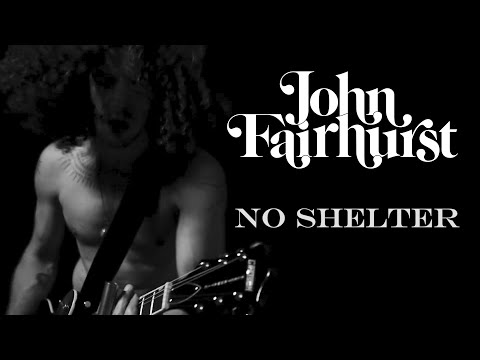 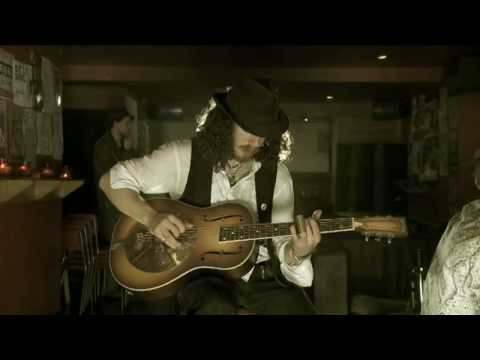 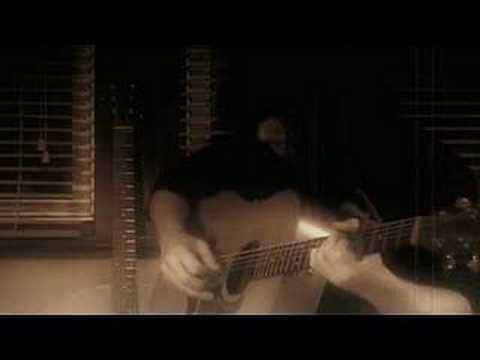 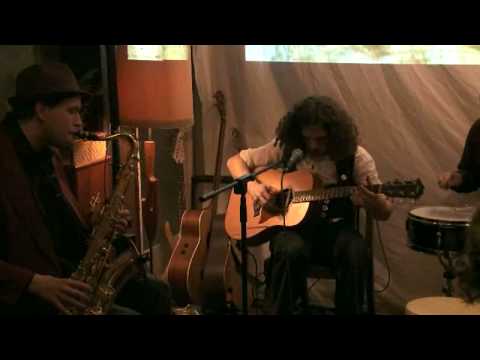 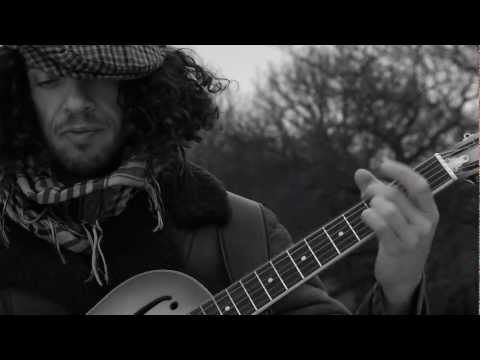 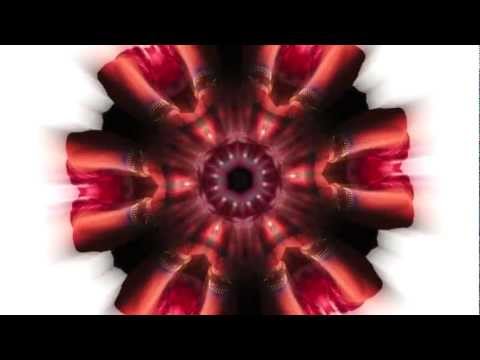 Up on the Hill 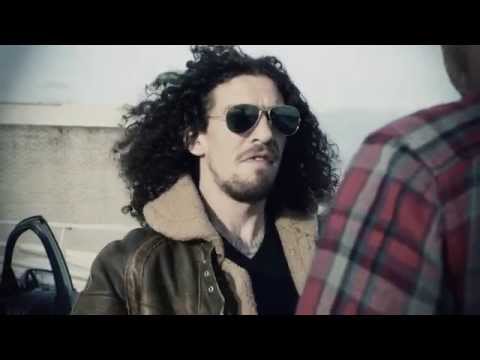 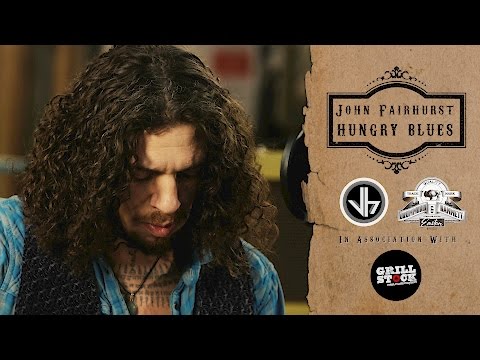 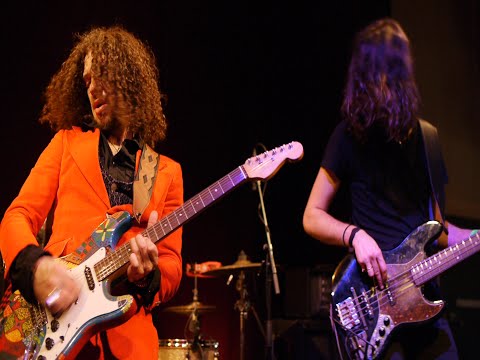